A misguided attempt to control mosquito populations has nearly driven this tiny fish to extinction.

When humans try to exert control over nature, it often comes with unintended consequences. In this case, it nearly wiped out a once-populous fish species.

The Barrens topminnow, one of the most endangered fish of its kind, grows to just under 4 inches long. It has an upturned mouth and flattened dorsum, like all killifish. Females and juveniles are pale brown, but adult males have red-orange spots on an iridescent blue-green body with bluish fins with yellow and black margins. All have a mid-dorsal gold streak highly visible from above the water, which appears as an exclamation point (!) on young fish before fusing to a single streak on adults. This makes sightings and surveys easy with the naked eye or binoculars.

This species is only known from the Barrens Plateau in middle Tennessee, near Manchester and Bonnaroo.

Listed as federally endangered by the U.S. Fish and Wildlife Service in 2019.

Western mosquitofish (Gambusia affinis), introduced to the area to eat pesky mosquitoes, now appear to be out-reproducing and replacing Barrens topminnow populations everywhere they come into contact. The aggressive, live-bearing mosquitofish eat topminnow eggs and young, so few of the minnows reach adulthood. They are a native fish but were not known on the Barrens Plateau until introduced above waterfall barriers. And it’s not just a Tennessee problem: Mosquitofish have caused the same problem globally with other aquatic wildlife.

Other factors putting this species at risk include climate change, drought, and stream degradation due to nearby livestock pastures.

Federal Endangered Species Act listing provides no legal protection on private lands or waters. Public purchase of property and permanent maintenance of aquatic barriers to mosquitofish following elimination can be effective. Today only two or three Barrens topminnow populations remain on private lands with barriers. The tiny Barrens Topminnow National Wildlife Refuge is currently the only existing publicly owned refuge. Ironically, the refuge currently holds none of the fish for which it’s named; a flood allowed mosquitofish to circumvent a river barrier, and they quickly eliminated the resident topminnows.

I’m thankful to have had the opportunity to study the life history and ecology of this fish for my master’s thesis. One of my study sites, the massive Pond Spring near Hillsboro, Tennessee, was once of the few places where Barrens topminnow and mosquitofish had coexisted. Here I spent many happy hours observing and studying the topminnow and co-occurring species.

I am not thankful that this population has now been extirpated due to poor land use that’s benefited mosquitofish over the topminnow. Fortunately, although this population was lost in the wild, we still have “ark” populations at Conservation Fisheries and elsewhere, and the possibility remains for public land acquisition, restoration and reintroduction.

This species serves as a spotlight for what we should not ever do. We need to eliminate or minimize the effects of agriculture (and development, and silviculture) on all aquatic life. Captive fish (indeed, all wildlife) should never be released where they don’t belong and may never have occurred. Havoc, extirpation and extinction can result.

Although I’ve never been an advocate for genetic engineering, it may be the only hope for future thriving wild populations of Barrens topminnows. If we can introduce genetically modified, nonbreeding mosquitofish to the region, like what’s now being attempted in other areas where mosquitos carry diseases harmful to humans (like Zika), we could eliminate the fish with sterile individuals. Only by doing removing the invaders, through one method or another, can we help save this endangered species.

Do you live in or near a threatened habitat or community, or have you worked to study or protect endangered wildlife? Share your stories in our ongoing features, Protect This Place and Species Spotlight. 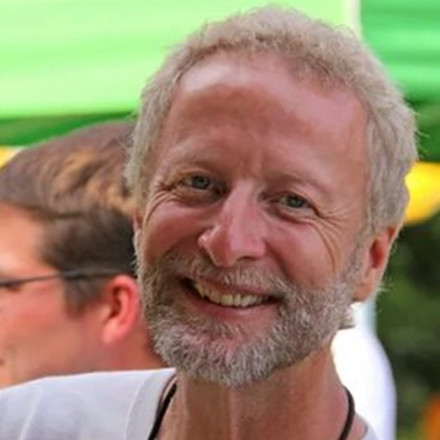 is the co-director of Conservation Fisheries, Inc. Years of maintaining aquaria have led Pat to an appreciation of the art and science (the “wet thumb”) involved in keeping fish alive and healthy (and interested in sex). Pat has been studying rare fishes since he began his master’s degree project under Dr. David Etnier at the University of Tennessee in Knoxville in 1982, studying the distribution and life history of the Barrens topminnow for his thesis. This work laid the foundation for efforts that continue today with ark maintenance of Barrens topminnow populations at CFI.