This heavily exploited species just got a temporary reprieve, but new protections come with a ticking clock.

With their pointed snouts, slender gill slits, cobalt-blue skin, flashing metallic sides and white bellies, North Atlantic shortfin mako sharks are a stunning sight. They’re deadly fast, too, reaching speeds up to 45 miles per hour — the fastest sharks in the ocean. As apex predators, they evolved in a niche that helped maintain ecological balance by controlling prey populations. Through a diet of big, meaty fish like tuna and swordfish, makos can grow to 13 feet in length and live up to 30 years.

Assuming they can survive that long.

A lack of fishing regulations means that as many as 1 million shortfin mako sharks are caught and killed every year.

Some species could survive that pressure. Not makos. Their late breeding — females don’t reach sexual maturity until age 19 — and the fact that their prey are also heavily overfished leaves them especially vulnerable.

In fact most makos are caught unintentionally by fishing boats seeking other species — a well-documented, avoidable, unmitigated disaster and one of the clearest, most catastrophic shark conservation crises in the world.

This disaster truly surfaced in 2017, when an assessment by the International Commission for Conservation of Atlantic Tunas — the management body responsible for the well-being of large migratory fish species in the Atlantic Ocean — found the population overfished. Another 2017 report found that even if we stopped all catch of makos today, it would still take the deeply depleted population more than five decades to fully recover. These reports landed North Atlantic makos on the IUCN Red List as endangered in 2018.

Still, the commission failed to take serious action until late 2021, when it finally passed some protections for North Atlantic mako sharks.

Those protections come with a ticking clock.

Last November delegates to the ICCAT convened virtually for their annual meeting. Far removed from the high-running groundswell and moodiness of the North Atlantic Ocean, committee members met to decide their role in determining the fate of the rapidly declining North Atlantic mako shark. As usual they tossed around jargon like “landing rates” and “retention bans.” Notes were taken, coffee was sipped, points were argued, and disagreements were vigorous.

But this time, progress was made.

Up for debate was the implementation of an “international retention ban” on North Atlantic mako sharks. That’s jargon again, but such a ban would mean no mako sharks could be brought to land. Any mako shark caught while fishing for, say, tuna or swordfish would have to be released — or, if dead upon arrival, discarded. Canada had already implemented its own national retention ban and first proposed the international version in October 2020, backed by ample scientific evidence of rapid decline and the support of the commission’s scientists.

After more than four years of commission scientists warning us about the vulnerability of mako sharks, the committee finally listened. Thanks largely to the leadership of Canada, the United Kingdom, Senegal and Gabon, the committee agreed on a two-year full international retention ban of all mako sharks, the first step in a long-term, international rebuilding plan for this population.

As Sonja Fordham, president of Shark Advocates International, said after the November committee meeting, “With all the existing commitments and warnings about the dire status of makos, this win should not have been this hard.”

The move was a success — undeniable progress — but not nearly enough.

Although this two-year international retention ban does show progress, the question remains, what happens after it expires?

Even with the ban, mako sharks are still coveted, not only for their meat and fins, but as a prize catch for sport fishermen. And their widespread range means that both individual and commercial catches boost local economies. So it’s no surprise that the countries with the highest global mako catch rates — the United States, members of the European Union (primarily Spain and Portugal) and Morocco — were the groups that consistently opposed the proposed ban on keeping makos. They cited the usual short term “economic reasons” that in the long-term drive people broke, until now.

During the November meeting, the European Union, which has long been the biggest offender of North Atlantic shortfin mako catch — it took 74% of the total mako catch last year — held firm on a complicated cocktail of conditions, potentially setting itself up to exploit some loopholes after the short respite. In the words of Ali Hood, director of conservation for the Shark Trust, “At long last, we have the basis for a game-changing rebuilding plan, but it won’t be successful if we take our eyes off the EU and their egregious intent to resume fishing a decade before rebuilding is predicted to begin.” We can’t afford to slide backward just as progress starts.

Retention bans, when done right, can work. Through a recent study, the commission found that makos caught and then released have a 77% chance of surviving, proving that this ruling, plus other mitigation strategies, could be a straightforward way to help this population and immediately stop mortality.

But it can’t work with loopholes, and it can’t work in two years. The U.S. National Marine Fisheries Service needs to enforce regulations specifying that this retention ban is not just for open ocean (pelagic) fisheries but for all boats in all water. If done swiftly, that could fill some regulatory cracks before anyone can slip through.

Experts agree that two years is not nearly enough for this population to fully recover. As of now, the current ruling states that after 2023 shortfin mako sharks will once again be up for grabs. Boats in the North Atlantic will be able to land mako sharks if the total bycatch from the previous year is under 250 metric tons. For context, according to ICCAT scientists, the EU alone landed 1,261 metric tons in 2020, so while this quota is a definite improvement, it still creates some upsetting possibilities. By allowing any landings you open the door to a whole array of possible half-truths and lies, fudging bycatch numbers, claiming the mako was dead on arrival — anything to justify landing these sharks.

To avoid this, member countries need to align their conservation goals to be a unified front against powerful parties like the EU — insisting on a full international retention ban and nothing less.

Conservationists, divers, scientists, aquarists and elected representatives who have been steady advocates for these sharks cannot let up now. These people, dubbed the “voice of the makos” by Hood, have been crucial to the victory and should continue to fight.

Finally, those on the water — fishermen, who witness the athleticism of makos firsthand through a whipping metallic blue tail or a splash of white belly in the waves — need to do their part, too. Historically, sport and recreational fishermen have resented and resisted any bans on landing makos. Catching them is a thrill and a challenge — the focus of intense “mako tournaments,” where fishermen compete to catch the heaviest shark for a cash prize. For many of these fishermen, the mako victory out of ICCAT was bad news for their sport and a personal disappointment for those who never crossed a mako off their fishing bucket list.

But abiding by, and actively supporting, these regulations will go a long way — not just for making sure these sharks are around for future anglers to enjoy, but also for helping to maintain a healthy ocean ecosystem that can provide joy and sustenance for years to come. By encouraging fellow anglers to support the retention ban, recreational fishermen have a chance to be the strongest “voice of the makos.”

The makos caught a temporary break this time. All of us, together, need to make sure it lasts.

How to Save Sharks and Rays From Extinction 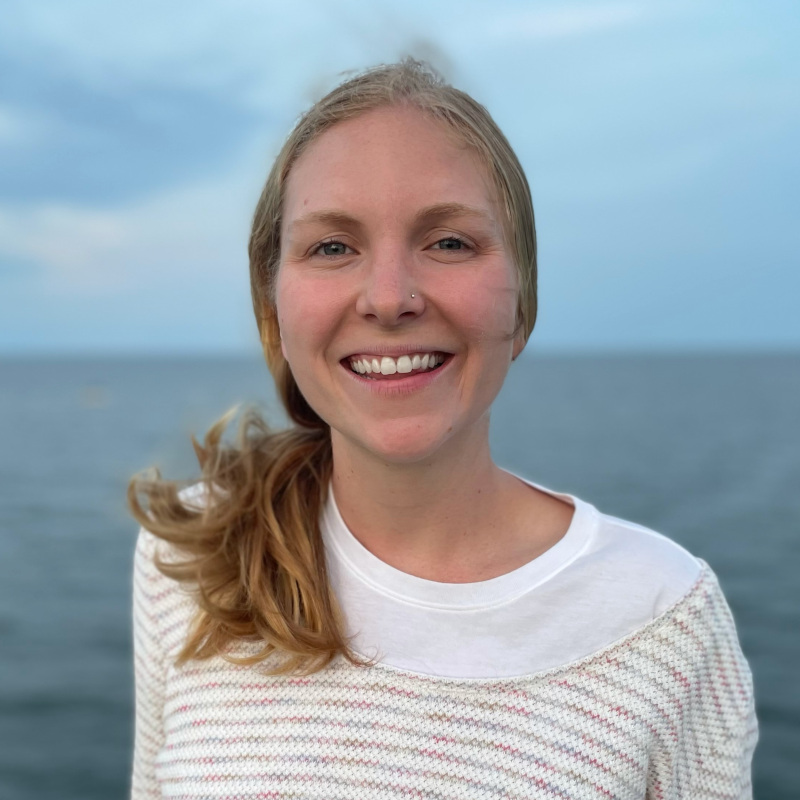 is a science writer, artist and environmental educator based on Long Island, New York. She recently graduated with a master’s degree in marine conservation and policy from Stony Brook University. She fuses her interests to communicate stories that compel people to care about the natural world.
https://www.sydneyrwr.com/ 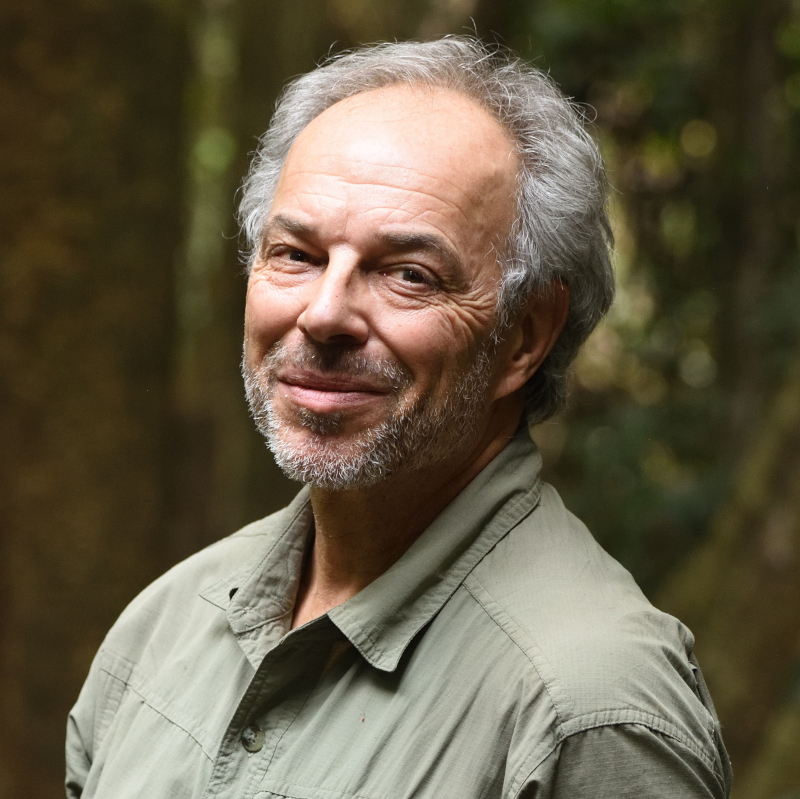 is an ecologist and MacArthur Fellow. He holds the Endowed Chair for Nature and Humanity at Stony Brook University and is founder of the not-for-profit Safina Center. His books examine the human relationship with the rest of the living world. Carl’s most recent New York Times Notable Book of the Year is Becoming Wild: How Animal Cultures Raise Families, Create Beauty and Achieve Peace.
http://twitter.com/carlsafina https://www.carlsafina.org/