April brings spring showers — or it used to, at least. Here in the Portland area, this year, it also brought snow, hail, wind and thunder, along with downed trees, power outages and traffic accidents. Similar abnormal weather occurred throughout the country, with several regions experiencing mid-April blizzards.

That’s climate chaos for you: a series of unpredictable and dangerous events making life more complicated and deadly.

How can we make sense of this and other crises affecting the natural world? Ten new books — including several by Revelator contributors — may offer you the answers, along with some insight, inspiration and ideas to create powerful change.

These books — all published this month — cover heady topics like climate change, environmental justice, biodiversity loss and more. Some are intended for people just learning the basics, while others speak to dedicated environmental professions. Many provide a window into the wonders of the natural world. All offer a vision not just for April, but far into the future.

by Paul Jepson and Cain Blythe 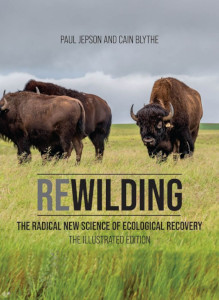 Our take: If we ever hope to meet the goal of protecting 30-50% of the planet, we’d better start recovering some of the land and water we’ve lost in the first place. Rewilding ain’t easy, but it’s going to be essential.

From the publisher: “Written by two leaders in the field, this book offers an abundantly illustrated guide to the science of rewilding. It shows in fascinating detail the ways in which ecologists are reassembling ecosystems that allow natural interactions rather than human interventions to steer their environmental trajectories.”

Water Always Wins: Thriving in an Age of Drought and Deluge 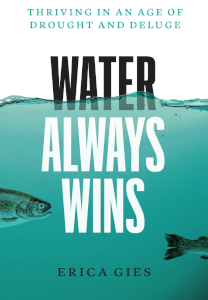 Our take: Gies has written a bevy of articles about “Slow Water” over the past few years, and we’re glad to see her tackle the topic in book form.

From the publisher: “In this quietly radical book, science journalist Erica Gies introduces us to innovators in what she calls the Slow Water movement who start by asking a revolutionary question: What does water want? Using close observation, historical research, and cutting-edge science, these experts in hydrology, restoration ecology, engineering, and urban planning are already transforming our relationship with water.”

Fire and Flood: A People’s History of Climate Change, From 1979 to the Present 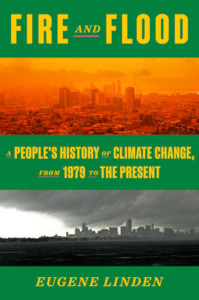 Our take: We’ve followed Linden’s writing for years. Here he offers vital history as a window to the future.

From the publisher: “From a writer and expert who has been at the center of the fight for more than 30 years, a brilliant, big-picture reckoning with our shocking failure to address climate change. Fire and Flood focuses on the malign power of key business interests, arguing that those same interests could flip the story very quickly — if they can get ahead of a looming economic catastrophe.” 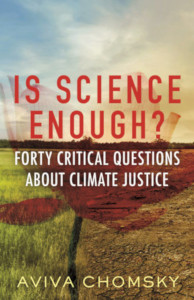 Our take: Chomsky’s previous books have focused on immigration, labor exploitation and related issues, and she brings an awareness of racism and equity to her discussion of climate change (which, despite the book’s title, offers a fair amount of science for those readers who are new to the danger it poses).

From the publisher: “…Chomsky breaks down the concepts, terminology and debates for activists, students and anyone concerned about climate change. She argues that science is not enough to change course: We need put social, racial and economic justice front and center and overhaul the global growth economy.” YES! Magazine has an excerpt. 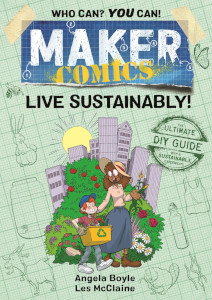 From the publisher: “…a step-by-step DIY guide that will help kids roll up their sleeves and get making with confidence! Inside this graphic novel you’ll find instructions for eight sustainability projects.”

Life on the Rocks: Building a Future for Coral Reefs 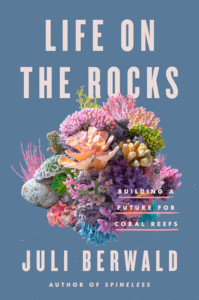 Our take: Berwald gave us a flavor of this moving book in her essay “Vanishing: The Bleaching in My Backyard” and in this interview.

From the publisher: “…an inspiring, lucid, meditative ode to the reefs and the undaunted scientists working to save them against almost impossible odds. As she also attempts to help her daughter in her struggle with mental illness, Berwald explores what it means to keep fighting a battle whose outcome is uncertain. She contemplates the inevitable grief of climate change and the beauty of small victories.”

How to Sell a Poison: The Rise, Fall and Toxic Return of DDT 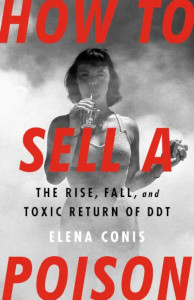 Our take: Sex sells, but is using a sexy cover photo the wrong idea for a book about a dangerous pesticide? Check out this revealing Twitter thread where Conis discusses the 74-year history of the photo (which depicts a woman in a fog of “harmless” DDT) and its modern relevance.

From the publisher: “…the sweeping narrative of generations of Americans who struggled to make sense of the notorious chemical’s risks and benefits. Historian Elena Conis follows DDT from postwar farms, factories and suburban enclaves to the floors of Congress and tony social clubs, where industry barons met with Madison Avenue brain trusts to figure out how to sell the idea that a little poison in our food and bodies was nothing to worry about.”

What Climate Justice Means and Why We Should Care 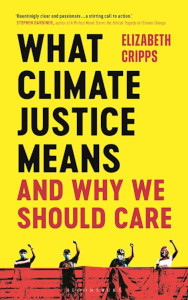 Our take: A philosopher and former journalist, Cripps addresses the climate crisis through the lenses of morality, ethics and justice. She makes you care about climate change’s most vulnerable victims and in the process offers advice on how we all can help.

From the publisher: “Who should pay the bill for climate action? Who must have a say? How can we hold multinational companies, organizations — even nations — to account? Cripps argues powerfully that climate justice goes beyond political polarization. Climate activism is a moral duty, not a political choice.”

The Coasts of California: A California Field Atlas 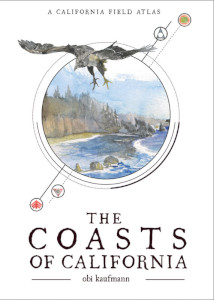 Our take: This is the third book in Kaufmann’s unique series of “field atlases,” which combine art and science into a beautifully illustrated guide for any naturalist or nature lover. For a flavor of what to expect, check out Kaufmann’s essay about one of California’s most beautiful but overlooked trees, “Vanishing: In Love With the Blue Oaks.”

From the publisher: “…much more than a survey of tourist spots, Coasts is a full immersion into the astonishingly varied natural worlds that hug California’s shoreline. With hundreds of gorgeous watercolor maps and illustrations, Kaufmann explores the rhythms of the tides, the lives of sea creatures, the shifting of rocks and sand, and the special habitats found on California’s islands.”

Chasing the Ghost Bear: On the Trail of America’s Lost Super Beast 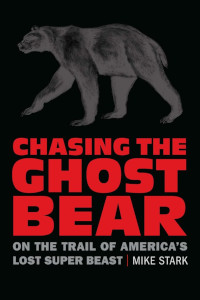 Conflict of Interest Department: Stark, a former journalist, is a fellow Center for Biological Diversity employee who helped launch The Revelator. His latest book is a riveting examination of the extinction crisis by way of a prehistoric loss. Read an excerpt here.

From the publisher: “No animal shakes the human consciousness quite like a bear, and few compare to the giant short-faced bears that stalked North America during the Pleistocene… The bears weren’t invincible, however. Despite their size, they were swept off the planet in a mysterious wave of Ice Age extinctions more than ten thousand years ago, then mostly forgotten… Part natural history, part travelogue, and part meditation on extinction and loss, Chasing the Ghost Bear returns these magnificent beasts to their rightful place in our understanding of the world just an epoch past.”

Now Read This: Stop Doomscrolling and Save the Planet