A look back at history reveals a need to come together.

It’s 9 a.m. on July 4, 2017. I’ve just staked all my tomatoes, watered the sweet potato starts I planted over the weekend, and read The Declaration of Independence. Today is the first time I’ve ever ditched going to the lake for the 4th of July holiday with my family. I sent them off without me because the world changed.

Instead I’m here at my desk… because while I slipped baby sweet potato plants into dirt in ever-warmer weather, someone else was tweeting violent images of a pro wrestler taking down CNN as fake news. “Someone else” who viscerally reminds me of all the times I’ve been oppressed, hurt, abused and told to be quiet since I was a young girl who spent broken chunks of childhood in an authoritarian family, and who grew up female in a patriarchal system that constantly pushed us down.

It’s the first time since the election that I can write again, and even now it’s hard. Engaging in any way with such toxic power jolts my body with a familiar cocktail of stress hormones, and it’s all I can do to write, let alone allow for my own agency and creative impulses to speak to that kind of power.

Like so many others I wear a cloak of invisibility, one that hides the wounds inflicted by oppression so I can act normal in the face of what is not normal, what has never been normal. It is a mantle that lets me survive and function as best I can despite the indoctrination of stress physiology, in a systemic culture of toxic domination — a culture whose origins trace back to the days when human beings first claimed land, women and “others” as property.

A culture I recognized immediately while reading The Declaration of Independence this morning.

As I skimmed all the egregious acts of the ruling monarch of England, I shook my head. No wonder our founders incited a revolution. No wonder. The colonies were being dominated, unfairly, unjustly, horrifically, by the king. But I was also sickened by the impossible-to-miss similarities between that monarch’s tyrannical authoritarian acts and those of our president. I’m scared by the intense, empathic recognition I have of the emotions our founders must have known in order to write and act upon the Declaration, and later, The Articles of Confederation.

It is the first 4th of July of my life in which my mirror neurons are firing alongside men who signed papers 241 years ago.

Even more frightening though, is knowing a whole segment of our populace — the ones who (unwittingly or not) support what is essentially that same culture of domination we rebuked on July 4, 1776 — must surely also feel intense incitement to revolt against the other culture. The one that my beloved country, the United States of America, has given birth to through the great experiment of democracy. That other “culture” — really, a natural order of the world and all life in it — is interdependence.

Our democracy has allowed that natural law of interconnection to reemerge in post-patriarchal human society. And to begin to flourish. But by our own history of indigenous genocide and slavery and their ongoing traumatic consequences, the careless unleashing of harmful chemical pollutants, the erasure of whole species and ecosystems, the impacts and brutalities of misogyny, industrial agriculture, and gun violence that shreds thousands of families, and now, the dire and immediate threats of fossil fuel poisoning and climate change to our own civilization and the rest of life on Earth, our path to seeing — and living by — our interdependence has been… fraught.

That I am here now, dirt under my nails, smelling like tomatoes and soil, writing, is a testament to the solace and healing of lived interdependence. Every healthy human family on this planet enjoys the fruits of lived interdependence. Some of us find it via alternate routes. For years  I have studied biology, zoology, chemistry, physiology, and most especially, ecology and the interconnection of the unity and diversity of life. Then, for decades, I reported on the infinite glittering facets of these as a science and environment writer. Most recently I wrote a novel for young adults about killer whales, climate change, shamans, and how domination culture has brought us to a terrible brink — but one we can step away from. One that our innate empathic interdependence will help us step away from.

I sent my kids off on holiday without me this year, because their lives — and the lives of all our youth — are now on the climate clock. Having reported on climate change since the inception of the term, and our first inklings of awareness, I hear the clock ticking all the time. Like Captain Hook stalked by the tic-toc croc. The news last week that we have all of three years to heed that clock, to do enough to safeguard the climate, has me here at my desk instead of in a kayak paddling alongside my sons.

I don’t know yet exactly what I can do to make a difference. I do know about life. I know about what happens when you put toxic chemicals into a body, or pollute a waterway, or spew the poisons of carbon dioxide and methane into the atmosphere. I do know what it means to be a mother, knowing these things, to children facing the most unprecedented era of change ever to confront humanity. And I do know love. So much love.

If they were here now, I suspect our founding fathers would join hands with our rising mothers and so many others — we who’ve transmuted our cloaks of invisibility into indivisibility — and together craft the next iteration of democracy for the world:

The Declaration of Interdependence.

The opinions expressed above at those of the author and do not necessarily reflect those of The Revelator, the Center for Biological Diversity, or their employees.

Life Before the EPA 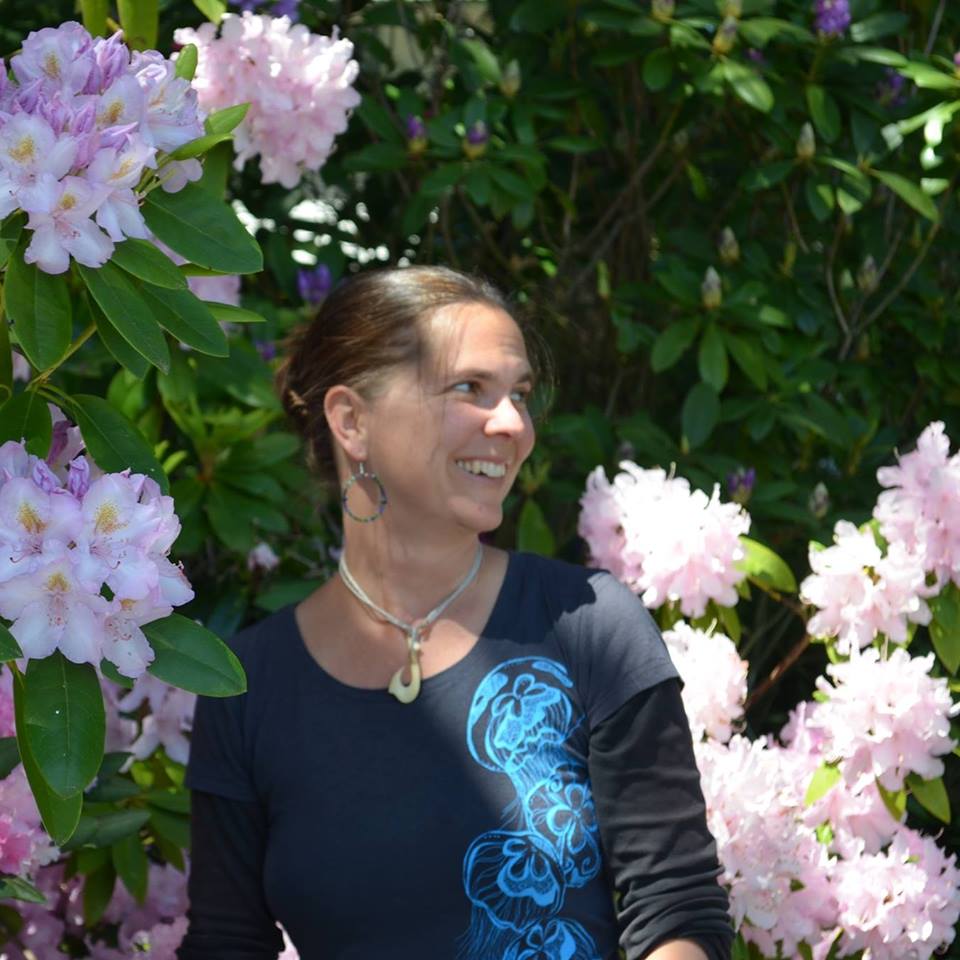 is a biologist, science writer and author of The Blackfish Prophecy, a novel for young adults endorsed by Dr. Jane Goodall and used as the common read in Bridge Idaho’s pilot curriculum “Killer Whales, Salmon, & You.” Bridge Idaho is a TRIO-Inspire Project at the University of Idaho that supports low-income, first-generation native and non-native students and their communities, with education and models of healthy cultural change that foster their aspirations to go to college. Rachel is writing the first sequel to The Blackfish Prophecy, which spotlights the impacts of dams on blackfish, salmon and our interconnected families. She lives in the Salish Sea watershed with her family.
http://twitter.com/MotherngNature http://www.rachelclarkauthor.com/

2 thoughts on “A Declaration of Interdependence”