“Without a healthy ocean, we do not have a healthy planet,” explains Richard Vevers, founder of a nonprofit called The Ocean Agency, at the outset of director Jeff Orlowski’s sobering new documentary Chasing Coral. The ocean, he says, “controls the weather, the climate, the oxygen we breathe.”

But despite the ocean’s existential role in planetary health, many people have no idea we’re currently engineering the extinction of aquatic life around the globe. That includes our monumental coral reefs, often referred to as the “rainforests of the sea,” about which we know quite little and won’t have much time to learn, because climate change is killing them faster than we can study them.

And what we have recently learned about reef extinction is partially thanks to Vevers, one of Chasing Coral’s chief subjects, whose stunning 360-degree image surveys of ravaged coral in 13 countries provide some of the documentary’s most powerful moments.

Orlowski’s award-winning 2012 documentary Chasing Ice painstakingly documented the titanic collapse of glaciers across the Arctic. When Vevers screened that movie, he knew he’d found the filmmaker who could communicate the accelerating madness of global warming and our responsibility for creating and solving it.

“We look at it as visual evidence,” Orlowski told me by phone, ahead of Chasing Coral’s July 14 premiere on Netflix. “People dismiss so many threats from climate change as being part of the natural cycle. Instead of just providing a snapshot of what that looks like, we need to show people, in greater detail, the evidence of what’s going on.”

Even before its online premiere, the film is already having an impact. Footage from Chasing Coral and Orlowski’s earlier film will be used as evidence in Juliana v. U.S., the landmark climate change lawsuit filed against the United States government on behalf of a group of teens, and supported by by Our Children’s Trust, which recently landed a trial date in February 2018.

Jeff Orlowski: Yes. Unintentionally, we’ve been on the front lines of the planet falling apart.

Thill: What did you learn on the front lines once you trained your cameras on reefs?

Orlowski: I hadn’t spent much time in the ocean before this project. And with Chasing Ice, I thought I knew everything there is to know about climate change. But once I started learning about the ocean’s story, it completely transformed me. I didn’t realize how fast the ocean was changing; that was the biggest thing. The hit to the biological diversity was across the board.

Thill: The speed at which this was happening is what surprised you the most?

Orlowski: Yeah, the acceleration. There’s a statistic explaining that 93 percent of the energy from climate change is being absorbed by the ocean. So what we see with coral reefs right now is they have reached the tipping point between living and dying. The oceans have warmed enough, and are projected to continue warming enough, that we will lose them. What still constantly surprises me is how many other tipping points there are around this temperature threshold. We’re starting to hit those points at which species will not survive; that is probably the most shocking thing.

Something I learned more recently, which is not in the film, is that we are at a state right where we’re starting to lose oxygen in the atmosphere, in large part because we are killing the large oxygen producers on the planet. These are the consequences of carbon emissions.

Thill: Chasing Coral likens temperature degree rise in the ocean to that of our bodies, a more accurate way of gauging its danger than comparing it to surface temperature.

Orlowski: That was another huge shift in my understanding in how to communicate the issue. Because the oceans have absorbed so much heat, they operate very differently than air. So when people think about climate change, they tend to think that they can survive a wide temperature range, but that’s not how it happens with oceans.

Thill: Speaking of acceleration, Chasing Coral begins by talking about how time slows down when humans dive into the ocean, but ends with exponential bleaching taking place over months, barely years, with coral dying before your eyes.

Orlowski: I’m so glad you picked up on that. An interesting thing for me was learning about the physiological experience you have when scuba diving. Apparently, there is a shift in your body chemistry — metabolism, resting heart rate, and so on — that particularly happens when your face is submerged in water. When you dive, it really does feel like time slows down. So in Chasing Coral, as well as Chasing Ice, we try to play with time using time-lapse and slow-motion shooting. The manipulation of time is a recurring theme of both films, although I’ve only recently begun to think of it in that way.

After scuba diving, when I watch underwater footage of aquatic life in real time, it actually feels like it’s sped up. When you’re seeing it happen in the water, because your body is processing time in a different way, it feels like it’s actually slower. Almost all of the underwater footage in the film is shot and played back in slow motion, so that when you’re experiencing it, it feels closer to what you feel in the water and not what real-time footage looks like. It’s a very odd thing that goes on in the brain.

Thill: Which bleeds into another of your film’s themes, that of aliens and alienation. Humans are alienated from processes taking place in oceans that cover the majority of Earth, but we still consider oceanic biodiversity to be alien.

Orlowski: Humans are alienated from the processes that allow life to exist on the planet. We have systematically alienated ourselves from nature over the last couple of centuries, and I think that’s one of the big issues we’re confronting in the film. There is a concept called nature deficit disorder, which is when children grow up without exposure to nature, and then don’t have a care and concern for it.

I grew up in New York, so my upbringing was in Manhattan. Look at any big city; food just comes to you, and waste just disappears. You’re just a pass-through. Most people aren’t aware of how their food is made, or where their water comes from. The resources that keep us alive come in, and then someone magically takes the garbage away. So we are seeing huge consequences happening to those parts of the planet where our food is made and trash is taken.

Thill: The part of Chasing Coral when your crew dives into bleached reefs off of a floating restaurant, whose customers have no idea what is happening, hammers that disconnection home.

Orlowski: That was a very poignant moment for all of us. That’s the whole problem in a nutshell.

Thill: How do you think governments are failing the reefs and what do you think they should be doing to save them?

Orlowski: Governments are failing reefs, but they are also failing human civilization, and the future. One of government’s roles is to protect people from threats they might not even know about, because we cannot expect the public to know all of them. Are you familiar with the Our Children’s Trust lawsuit?

Orlowski: Yeah, it’s phenomenal. They’re using footage from Chasing Ice and Chasing Coral as evidence in the lawsuit, which is really exciting. This is a prime example of youth coming out and explicitly arguing that the government is not protecting their rights. Youth are disproportionally going to be affected by climate change, because it’s going to get worse, so the whole premise of their legal argument is that government is screwing over kids.

Thill: So you’re doing the government’s job by documenting these processes so youth can understand and protect themselves. To get meta, much of your film is about the role of film, in terms of what it can do to illuminate and combat warming and extinction.

Orlowski: We look at it as visual evidence; this is what I learned from photographer James Balog on Chasing Ice. People dismiss so many threats from climate change as being part of the natural cycle. Instead of just providing a snapshot of what that looks like, we need to show people, in greater detail, the evidence of what’s going on. Instead of a polar bear on an iceberg, we need to show time-lapses of glacial retreat. Instead of showing them bleached coral, we really wanted to show the process in action, what the transition over time looks like. It’s a harder thing to capture, but a much more impactful argument.

Thill: The technical and emotional struggle to capture all of it is a major part of the film.

Orlowski: Exactly, and the hope there is to make it more accessible through a human story and the experience of a team, so it’s not just the science speaking. It’s a team of humans, and you can sense their concerns, passions and hopes. Through them, hopefully you can connect to the issue in a broader way.

Thill: Speaking of the wider lens, what do you hope the film will accomplish?

Orlowski: I look at the film as trying to be this definitive argument that helps end denialism. I haven’t met anyone who has seen the film and still said climate change is a hoax. I’m trying to find more and more climate deniers to share the film with, just to get a sense of what their take is. But we need to get past this argument, so we can actually move toward solutions. Our hope is that this film can be another piece of visual storytelling that will open people’s hearts and minds to what is going on.

Thill: The last time we talked, you said that we are slaves to fossil fuels. Has that changed?

Orlowski: We have a civilization that has thrived because of fossil fuels, just like, prior to that, we had a civilization that thrived on whale oil. But we don’t need it to continue living the quality of life that we want, and I think that’s the big shift we’re seeing in technology right now. You can put solar panels on your house and you can drive an electric car. I’m blown away by the changes in clean energy technology that we have seen in only the last five years. NASA and Boeing are developing hybrid planes; there is a company in France which announced an electric plane that can travel 600 miles on a single charge. The technology is changing so rapidly, which gives me hope more than anything else. Our civilization prospered because of fossil fuels, but that doesn’t mean we need fossil fuels to continue to prosper.

Watch the trailer to Chasing Coral below: 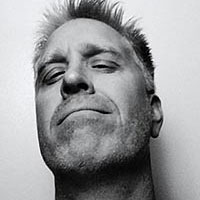 is a writer and editor whose work on culture, science, environment and much more has appeared in Wired, The Guardian, Civil Eats, Cartoon Brew, Greenbiz, Salon, The Nation, AlterNet, LA Weekly, and many more. He lives in Santa Monica, Calif., alongside his wife and daughter, with whom he spends the majority of his time during our age of mass extinction.
http://twitter.com/morphizm http://www.morphizm.com

2 thoughts on “Chasing Coral and Ice, Running Out of Time”