The Biden administration has an opportunity — and a responsibility — to help save the coastal ecosystems that protect us.

America’s coastal saltwater wetlands are on a course toward functional extinction in the coming decades. Their demise will come at the hands of steadily accelerating sea-level rise and relentless coastal development. As these wetlands disappear, they will take with them habitat, storm buffering and carbon sequestration benefits of tremendous value.

Fortunately, there is still time to change course. A determined and coordinated effort by local, state and federal governments — led by the Biden administration — could dramatically increase the number of saltwater wetlands that survive and go a long way to maintaining their ecological and societal benefits into the future.

Saltwater Wetlands: To Know Them Is to Love Them

The most recent estimate of the extent of saltwater wetlands along the American coast, published in 2009, found some 6.4 million acres with about half occurring along the Gulf of Mexico. This is a mere remnant of their historic extent and a decline of some 95,000 acres from the previous assessment in 2004, largely in the Gulf of Mexico. Ominously, the rate of loss increased by 35% from the prior five-year reporting period.

The remaining saltwater wetlands still provide an impressive array of ecological services and benefits to society. Often termed “the most productive ecosystems on Earth” they are nursery grounds for fisheries and provide habitat for birds, mammals and other wildlife.

Wetlands also protect communities from storm surges and flooding. Along the Atlantic and Gulf coasts the protective value of wetlands is estimated to be about $1.8 million per square kilometer annually. On top of all that, saltwater wetlands help fight global warming by storing carbon at a rate that is about two to four times greater than that observed in mature tropical forests.

The National Oceanic and Atmospheric Administration predicts that sea level along much of the American coast is likely to rise by 2 to 4 feet, and may rise by as much as 8 feet, by 2100. And seas will continue to rise in the centuries to come, with an “intermediate” estimate of more than 9 feet by 2200.

The rising seas will eventually drown all the saltwater wetlands that now exist, converting them to open water. Some wetlands will survive in place for a time if seas rise slowly enough. But the rate of sea-level rise is accelerating rapidly and other factors, such as land subsidence, will shift the balance in favor of rising seas in the years ahead.

For most saltwater wetlands, survival will require landward migration. This is possible where geography does not present obstacles, such as steep slopes, and where human development has not already staked a claim. There is no national assessment of the feasibility of saltwater wetland migration, but several studies of smaller geographic areas present a bleak picture.

On the Pacific coast, some 83% of wetlands are projected to become open water by 2110 and “migration of most wetlands was constrained by coastal development or steep topography,” according to a 2018 study in Science Advances. Along the Gulf of Mexico, estimated conversion of wetlands to open water varies for each state, with rates from 24 to 37% by 2060.

The outlook for saltwater wetland survival darkens further when one considers new coastal development occupying dry land that might otherwise become a new wetland. Population in the 100-year coastal floodplain is expected to almost double by 2060, significantly expanding the coastal development footprint.

And the rising sea levels that drive wetlands inland will also prompt people to defend the land they are on, often with seawalls, bulkheads or levees. Some 14% of the coast is already armored by this infrastructure and, if the current rate of armoring continues, that percentage is expected to double by 2100.

Finally, wetlands that are able to migrate will need years to provide the same degree of ecosystem services they did originally. A study of over 600 restored wetlands worldwide found that biological structure and biogeochemical functioning  “remained on average 26% and 23% lower, respectively, than in reference sites” even a century after restoration, which means that even the wetlands to do survive won’t provide the same benefits.

What can be done to help saltwater wetlands survive the one-two punch of a changing climate and coastal development?

A critical step is to admit we have a problem and agree that we need a national response strategy. A national strategy should define a goal for saltwater wetlands protection (e.g., a net increase in acreage nationally and by state) and charge a federal agency (e.g., NOAA) with leading the effort.

The heart of a new strategy needs to be carefully planned for landward migration of saltwater wetlands and deployment of new authority and resources toward that end. This key objective is widely supported in the academic literature and the work to address it must engage local, state and federal agencies.

Since it’s been more than a decade since the last published assessment of the United States’ coastal wetlands, existing saltwater wetlands need to be mapped anew. Then their varying rates of natural change should be assessed and the feasibility of landward migration evaluated. Evaluation of migration should include obstacles, such as natural features, and both existing and likely future development. Coastal places that are not wetlands today but are well suited to become wetlands as sea level rises, should be identified. All this information should be used to develop place-specific plans to protect and preserve the land that wetlands will need to migrate inland on a priority basis.

While that work is going on, we’ll also need to focus on dampening the rate of population growth right along the coast. This will be essential to leave space for successful landward migration of saltwater wetlands. State and local government have diverse tools, including land-use plans and regulations, to apply to this challenge, but the federal government needs to help. For example, FEMA should stop issuing federal flood insurance for new development in coastal floodplains.

Another critical tool is expanded authority to restrict new coastal armoring projects that would prevent landward migration of saltwater wetlands. Eight states have implemented total or partial bans on coastal armoring, but efficacy and enforcement vary. All states should adopt and enforce such bans. These projects also require permits from the Army Corps of Engineers and existing requirements should be revised to give stronger preference for “living shorelines” that replace traditional structures with designs using biological and natural materials.

In some places, regulation will not be enough and acquisition of real estate will be necessary. Some states have land-acquisition programs that consider sea-level rise. For example, Maryland identifies “coastal lands with the highest potential to aid in adaptation if sea level rises a meter per century” and uses the assessment in making conservation investments. People in the San Francisco Bay area voted for Measure AA to provide local funds for wetlands protection in the face of sea-level rise. These programs and some others are a foothold but more states need to follow this example.

Federal agencies need to support these state initiatives by expanding modest existing federal programs that protect coastal wetlands to include purchasing land for prospective wetlands and removing buildings and other structures where needed.

Saving saltwater wetlands will require that Congress, federal agencies, states and local governments collaborate to agree on the strategy and then approve the new tools and funding needed to carry it forward. This will require years of effort, but the start of a new Congress and a new administration is an auspicious time to begin this important work. 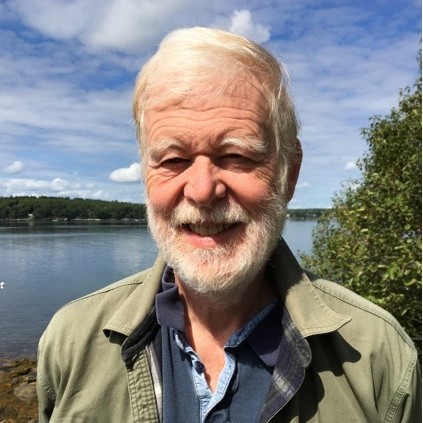 is a retired senior policy advisor at the Environmental Protection Agency and the author of A New Coast: Strategies for Responding to Devastating Storms and Rising Seas.
https://islandpress.org/books/new-coast