Sharks should be afraid of us. After evolving as a highly specialized lineage of fish for over 400 million years and surviving five major extinction events, they now face the most serious threat they’ve ever faced. A 2021 study published in Nature found that 71% of sharks and rays have been fished out of the sea in the past 50 years. At least 25% of shark species are now at risk of extinction.

One major threat to sharks comes from overfishing, driven largely by the high demand for the Asian delicacy known as shark fin soup.

This market for high-value shark fin, coupled with the low or nonexistent market for shark meat, has led to the practice called shark finning — cruelly and wastefully catching and killing a shark just for its fins. This often includes discarding the finless, still-living shark overboard. Most sharks need to swim to breathe, and the victims of this practice either suffocate or bleed to death on the ocean floor — a painful and ignoble death.

Shark fins, often called the “blood diamonds of the sea,” are associated with cruelty, human slavery and these creatures’ looming extinction. Impacts from habitat loss and warming seas serve as the nails in the coffin for many shark species in the fin trade.

Shark finning has been illegal in U.S. fisheries since the year 2000. It’s similarly banned in more than 30 countries and has been condemned by the United Nations. Although finning itself is forbidden in many places, the trade and sale of shark fins acquired through other means is still legal in nearly all countries, including 36 U.S. states that allow the harvesting of sharks as long as the full body is brought to port. This contributes to the decline of many shark populations.

Driven to save sharks from extinction, environmental advocates and legislators have worked state by state, from Hawaii to New York, to reduce the trade of shark fins as well as reduce overfishing. In October 2020 Florida became the 14th state to ban the sale and trade of shark fins. This was a positive step for protecting sharks from poaching and targeting sharks for their fins by limiting flow and pressure on domestic populations. Perhaps more importantly, these bipartisan state bills are largely supported (and in many cases sponsored) by Asian Americans, who send a message across the ocean that sharks are more important swimming in the sea than in a ceremonial bowl of soup.

However, the lucrative shark fin trade still allows endangered shark fins to flow across state lines and be sold and exported. Nearly all fins from sharks harvested in the United States are exported to Hong Kong, Singapore and ultimately China for consumption in luxury shark fin soup.

But the United States has been paving the way for international shark protection. The state of Hawai‘i just passed a law that will prohibit shark fishing entirely in state waters — and was the first state in the Union to prohibit the sale and trade of shark fin.

Now we have a chance to take what started in the states to the next level. In the Senate, Cory Booker (D-N.J.) reintroduced the Shark Fin Sales Elimination Act (S 1106), which is similar to a bill passed through committee but killed in the 116th Congress last year by Senator Marco Rubio. The Senate bill was included as an amendment to a Senate legislative package, known as the Endless Frontier Act, which successfully passed the Senate June 8 for World Oceans Day. The House companion bill HR 2811, sponsored by Gregorio Kilili Camacho Sablan, a Democrat representing the Northern Mariana Islands, and Michael McCaul (R-Texas) is now under consideration.

Why Action in the U.S. Will Help Globally

Shark fins’ high value incentivizes commercial fisheries in the United States to supply Asia with the products. The American shark-fishing industry, which profits from fin sales, opposes the proposed law and claims trade restrictions will hurt “sustainable” shark fisheries. These fisheries sell shark meat but benefit much more from the higher value received from fins. Without the value of the fin, the low value of the meat would lead to reduced pressure on domestic shark populations and send a global message that the dish coveted by wealthy consumers is a luxury that is harmful to the ocean.

To address the U.S. contribution to the global trade and impact on shark species, several major problems must be addressed. Among them are the ways shark fisheries report and label their catches. In the United States a shark fin is only classified as a “fin” if it’s dried. This means shark fins that were removed postmortem or are either wet, kept on ice, or preserved in some other manner are not classified as fins, which leads to a vast underreporting of sharks killed.

Another issue stems from the lack of federal regulations tracing catch and fins, resulting in the inability to truly monitor and track the quantity of shark fins traded in and out of the country every year. Previous studies have shown the U.S. reports dramatically smaller levels of shark fins imported to and exported from the country than other nations report on their sides of the trade.

Similarly, the illegal trade must be addressed. Like many wildlife products that are valuable and easily transported, shark fins are also associated with smuggling and other crime. On Sept. 28, 2020, a report regarding an illegal shark fin trading ring shipping fins in and out of Florida found the company illegally exported around 12,500 pounds of shark fins between 2016 and 2017.

The Endless Frontier Act and HR 2811 would address these issues, and we urge the legislatures to pass these vital protections.

Sharks are many things. They are an ancient lineage of highly diverse fish that fill a breadth of ecological niches in marine ecosystems and play a significant role in many cultures’ mythology and heritage. Sharks also loom large in the media, and (incorrectly) in some people’s minds as fearsome and vicious man eaters. In reality large sharks are both apex predators and keystone species, meaning that the success and health of the ecosystems in which they live are also in critical danger of collapse. These fish maintain the balance of ocean ecosystems that provide the very oxygen humans need to survive. Recent studies have even indicated that the presence of predatory sharks can protect carbon sinks in the ocean, mitigating climate change.

And yet despite their importance on so many levels, and despite many years of calls for their protection, sharks are still being overfished at an alarming rate, and the shark fin trade threatens large species of sharks like hammerheads and oceanic whitetip with extinction in our lifetimes.

We can solve that. Although regulating fins is not a comprehensive panacea to save sharks, the U.S. can reduce threats and save endangered sharks that swim in its waters and focus on other threats ranging from habitat loss to illegal fishing. We need the federal government to take action on stricter regulations of protected species, including no-retention of oceanic whitetips, with these or any other new laws to address the gaps creating these problems.

It’s time we act in the interests of wildlife and ocean health for the survival of all species. We can start with saving sharks from extinction. 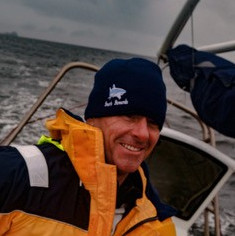 is the founder and director of the shark and marine conservation nonprofit Shark Stewards. A marine biologist, David is a National Geographic Explorer and a research associate at the California Academy of Sciences, where he conducts shark studies and media production in the San Francisco Bay and in southeast Asia. Shark Stewards introduced the first North American shark fin trade ban in California and led several states and international movements limiting the overfishing of sharks and the shark fin trade. A documentary filmmaker, David received an Emmy for Field Production and Camera on the documentary “Reefs to Rainforests” and has numerous awards for his conservation documentaries. He has written and contributed to numerous publications and books, including Sharks for Kids, a new shark science book, and is a popular public speaker on sharks and the ocean and an adjunct professor at the University of San Francisco. 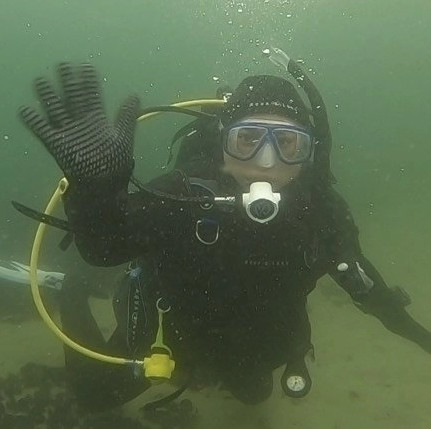 works with Shark Stewards as a science writer and dive coordinator in Marine Protected Areas. Throughout her life, Molly has fostered a love for, and sense of the necessity of, environmental conservation, sustainability and ocean protection. She received her bachelor’s degree in environmental studies with a minor in spatial sciences from the University of California, Santa Barbara.