We mapped out where the drilling could take place — and how it overlaps with the critical habitats of the most sensitive species at risk.

President Trump’s new five-year plan for offshore oil drilling, announced Jan. 4, represents an unprecedented increase in offshore leasing over the previous administration. By opening virtually the entire U.S. coast to offshore drilling, including areas previously unavailable to the energy industry, the plan is set to increase the number of drilling pads, pipelines and tankers operating in U.S. waters — and in all likelihood, the number of oil spills associated with them.

Take a look at how Trump’s plan would increase the scale of offshore drilling over previous five-year plans:

It’s impossible to predict if any of this drilling will actually take place — many states have already objected to the plan — or which, if any, future projects could result in oil leaks. But offshore energy extraction has a far-from pristine record, and the Trump administration is also in the process of removing or revising critical safety regulations. Many conservation experts fear that could lead to major catastrophes such as the Deepwater Horizon explosion and the Exxon Valdez spill, which were disastrous for wildlife and the environment. Even smaller leaks could create numerous problems. According to the National Oceanic and Atmospheric Administration, “relatively small oil spills can cause major environmental and economic harm, depending on the location, season, environmental sensitivity and type of oil.”

What could be affected?

Hundreds of species live in and around, or migrate through, the areas Trump wants to open to drilling. Many of these species are protected by the Endangered Species Act.

The risks don’t end with the species on this map. Dozens of additional threatened and endangered species — and potentially thousands of other types of fish, birds, marine mammals and plants — live in or migrate through these areas. With almost the entire U.S. coast now potentially opened to drilling, it opens up a world of risks to U.S. wildlife. 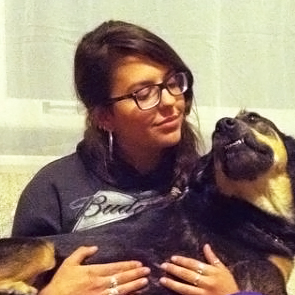 is a GIS Specialist who uses spatial analyses, cartography and web mapping to assist various Center campaigns. She holds a master's of science in geographic information systems technology and bachelor's of science in ecology and evolutionary biology from the University of Arizona.