For small island nations threatened by rising seas, swelling waters are a daily reminder of the need to act on climate.

The recent climate conference in Bonn, Germany, shined a light on one of the most certain and serious impacts we expect from unabated climate change: sea-level rise. Melting ice sheets on Greenland and Antarctica are releasing water into the sea — water that has been held on land for millennia. At the same time, warmer water is taking up more room because of “thermal expansion.” This means that sea levels will continue to rise as long as temperatures increase.

For small island nations threatened by rising seas, the swelling waters lapping at their shores are a daily reminder of the need to act on climate.

At the Paris climate conference in 2015, these nations were in no small part responsible for setting the goal to limit global warming to 1.5 degrees Celsius above preindustrial times. The latest scientific studies on sea-level rise confirm that for these nations there is truly a world of difference between a 1.5 degree and 2 degree average temperature increase. Nations like Fiji or Kiribati lie so close to present sea level that they are projected to be underwater if the global mean temperature increases by 2 degrees. If we keep temperature rise below 1.5 degrees, however, projections keep these nations and their people above water — saving the worlds they know, at least for the next several hundred years.

Such threshold behavior is a special problem of climate change, one not well understood in public and policy circles. To most people a half-degree difference in mean temperature rise may seem trivial. But even as average temperatures rise smoothly, they can cause leaps in biological and geophysical responses.

And tropical island nations are not alone in their vulnerability. Two recent studies have shown that Arctic summer sea-ice extent, the habitat and hunting ground for polar bears, is also highly sensitive to small changes in the global temperature. Dr. Alexandra Jahn of the University of Colorado at Boulder demonstrated that by the end of this century the probability of an ice-free summer in the Arctic Ocean is about 33 percent if we stabilize global temperature at around 2 degrees Celsius (see figure below). This means that roughly every third year there could be essentially no summer sea ice in the Arctic. Imagine that your local grocery store closed for half a year every third year and you had no way to store food purchased during the other two years — clearly polar bears and other animals that depend on sea ice would struggle to survive in such a scenario.

In contrast, the analysis also showed that, if global temperature increase can be halted at 1.5 degrees instead of 2 degrees Celsius, the probability of an ice-free Arctic summer drops to less than 3 percent (again, see the figure above). That sounds more manageable. The analysis by Dr. Jahn was published in a comprehensive paper, led by Dr. Benjamin Sanderson, documenting various climate-change impacts and how they differ between a 1.5 degree and 2 degree warmer world. An independent study lead by Dr. James Screen from the University of Exeter in the UK arrived at almost identical numbers.

Years ago Dr. Wallace Broecker at Columbia University warned the world there would be surprises in the greenhouse effect. Sea-level rise and Arctic sea-ice sensitivity to temperature differences as small as 0.5 degrees — and the differences that sensitivity can make to people and animals — are prime examples of such surprises. Numerous other surprises, some already known, many unknown, await if we continue to warm the world, emphasizing the importance of achieving the goals agreed to in Paris. 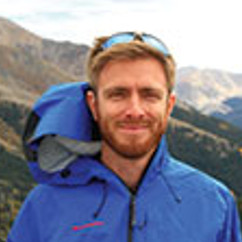 is a climate scientist at the National Center for Atmospheric Research in Boulder, Colorado.
http://climatehomes.unibe.ch/~lehner/ 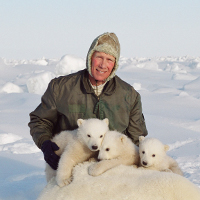 has studied polar bears for 37 years. He is the chief scientist at Polar Bears International and an adjunct professor at the University of Wyoming in Laramie.
https://polarbearsinternational.org/profiles/dr-steven-c-amstrup