Ecotourism brings valuable funds for conservation to the islands, but it also delivers a torrent of garbage that could damage this unique ecosystem.

The equatorial rays and humidity welcomed me after I stepped off the plane in Baltra, a small island in the Galápagos that, save for the airport, was otherwise deserted. Waves lapped up against the reddish-brown sand. Small lizards with red bellies darted between the prickly Opunti cacti that dotted the earth. After a short boat ride through the Itabaca Channel — during which I marveled at the opalescent, turquoise waters — I arrived on the island of Santa Cruz and hailed a cab to go to the town center.

Tourists who visit the Galápagos usually pass through Santa Cruz, the most populous and central island in the archipelago. As we made our way through the highlands, our driver kept pace with the cars in front. Suddenly the vehicles in front of us began to slow down. Our driver pointed to the small shoulder on the side of the road and said, “Tortuga.”

I turned my head just quickly enough to catch my first wild giant tortoise sighting in the wild and marveled at how majestically these creatures carried themselves. For the remainder of the ride, I stared intently out the window, hoping to spot another. Instead what I saw was disheartening. Instead of wildlife, empty bottles of sunblock, soda cans and Cheetos wrappers were visible, strewn alongside the road, even though ever-present red and blue signs instructed people not to litter.

Although the Galápagos is often hailed as one of the last remaining beacons of biodiversity, its trash problem has grown worse through the years as more and more tourists flock to see this unique ecosystem. In 2015 more than 220,000 tourists visited the islands — up from just 2,000 back in the late 1960s. “The generation of waste is directly proportional to the growth of the local population and tourism — [the Galápagos’] economic engine,” says Mario Piu, director of the Environmental Management Unit in Santa Cruz. And while there are strict measures to control the number of people who visit, the sheer number of tourists still increases pressure on the ecology of the islands.

The impact of this trash on wildlife — whether it’s litter on the side of the road, plastics swept along by marine currents, or waste generated on cruise ships — hasn’t gone unnoticed. Sea lions (Zalophus wollebaeki) on the coast of San Cristobal Island have been found entangled in plastic bags, rubber rings, fishing gear and other debris. Researchers suspect that the waved albatross (Phoebastria irrorata) — notable for having the largest wingspan in all of the Galápagos — are ingesting floating plastic directly from the water, mistaking them for fish. And while there aren’t any recorded instances of giant tortoises choking on plastic debris in Santa Cruz, people have seen fragments of plastic in their poop, a clear sign that the tortoises are somehow ingesting the human-generated waste around them.

Beyond the direct impact, there’s also worry that floating plastics could carry invasive species from other parts of the world into the Galápagos, where they could compete with the native flora and fauna. “This type of invasion is especially disastrous in the Galápagos, with such a high proportion of endemic animals that rely on very specific conditions [for their survival],” says Jessica Howard, a researcher at the Charles Darwin Foundation in Santa Cruz who studies marine plastics as a vector for invasive species to enter the archipelago.

Howard’s worried that if the waste problem persists, it could hurt the same tourism that caused it. “The degradation of the beaches could impact tourism. The economy could be weakened, which would in turn decrease the funds available for research and policy enforcement,” she says.

In response to the amount of waste that’s generated, citizens and organizations are working together in a variety of ways. On another taxi ride into the highlands of Santa Cruz, I saw groups of people collecting roadside trash. Later I learned these were residents who self-organize to collect waste that would later be processed in the landfill. In addition to these community efforts, the World Wildlife Fund has worked with the municipality of Santa Cruz to develop an integrated waste-management system, which includes collecting all the waste in inhabited islands and live-abroad vessels, developing an efficient street-cleaning method, and reducing the use of disposable plastic bags in Santa Cruz. The Galápagos National Park Directorate, Conservation International and Coca Cola Ecuador have also teamed up to collect trash and limit the impacts of plastic waste on the islands. On an eight-day trash excursion along the eastern coast of Isabela Island, the team collected 2.5 tons worth of trash — approximately the weight of 10 adult male giant tortoises.

More broadly the Galápagos’ dirty problem highlights the need to weigh the benefits and costs of otherwise valuable ecotourism-oriented economies around the world. Juan Carlos Garcia, the conservation director for the World Wildlife Foundation in Ecuador, believes that curbing the number of visitors to the islands could reduce unwanted waste in the future. That would be accomplished by increasing the entry fee into restricted areas and revising the tourism standards of land-based hotels to match that of live-aboard vessels like cruise ships. “The existing management system was developed when most of the tourism in Galápagos took place on live-abroad boats. Nowadays, there are more beds in towns than berths in vessels, and this can represent a major threat to the conservation of the protected areas,” he says.

As someone who embarked on a land-based trip in the Galápagos, I was quickly confronted not only by my own ecological footprint but also that of the visitors before me. On a rather remote, 15-mile hike to the sulfur mines on Isabela Island, I was disheartened to find plastic ribbons, bottle caps, candy wrappers and plastic cups strewn alongside the trail. Because it was a path less traveled, it was jarring to think how long that waste must have sat there before I came along and picked it up.

But at the same time, visiting the Galápagos gave me a glimpse of what’s at stake if the potential downfalls of ecotourism are not addressed. On a dive just off the coast of Santa Fe, a school of blue-striped snappers — small fish donning navy pinstripes and a yellowtail — emerged from an underwater cave. Careful not to get water in my ears, I turned my head slowly, only to see the shadows of white-tipped reef sharks moving in the distance. Elsewhere around us marine turtles, spotted eagle rays and pufferfish swam languidly in their home waters. I felt lucky to be immersed in such an untarnished ecosystem, and hoped places like this one could be preserved for generations to come. 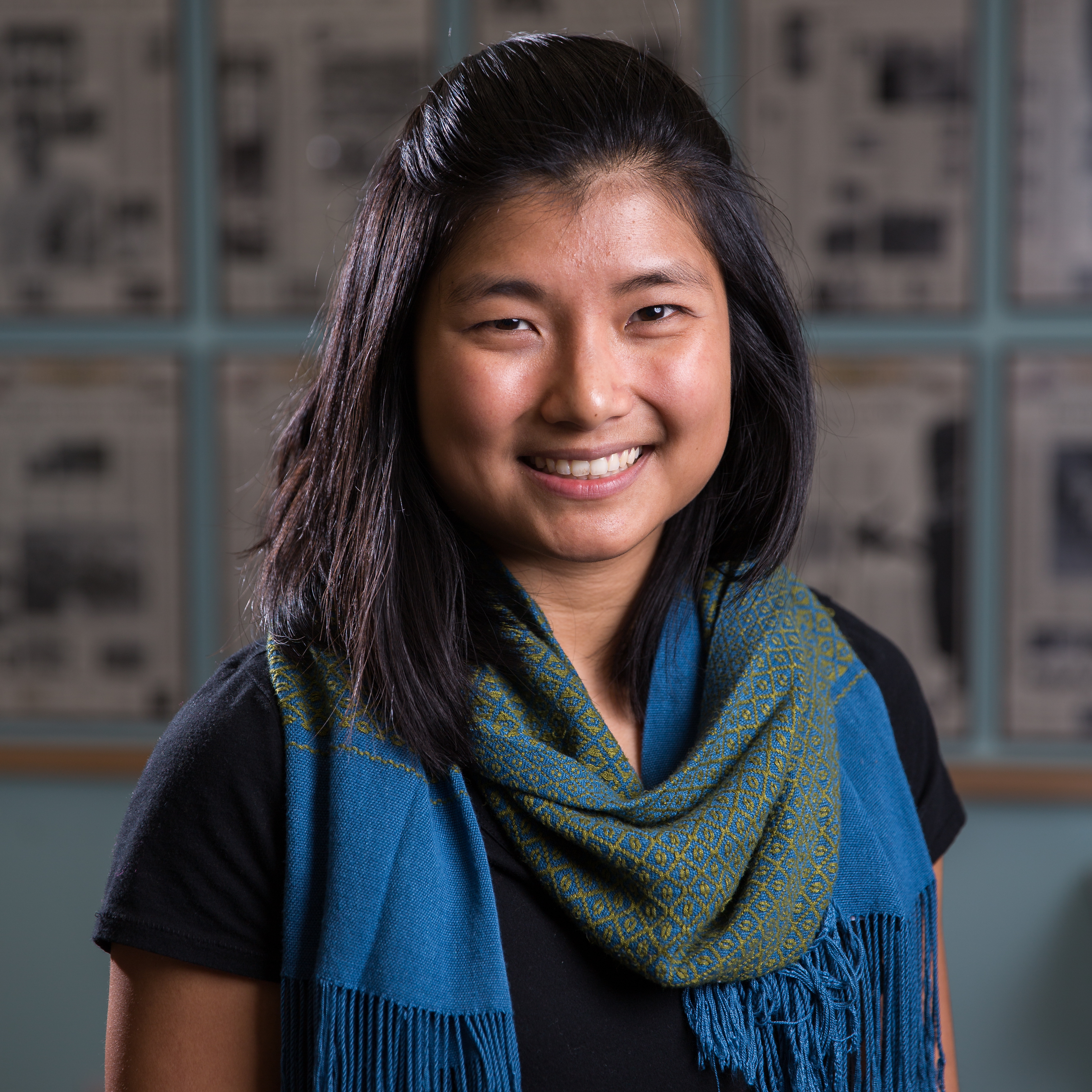 is an investigative and magazine journalist based in Seattle, WA. Her writing on science, supply chains, and human rights have appeared in Discover, Hakai, Harper's, Huffington Post, The New Yorker, NPR, PRI, STAT, and others.
http://twitter.com/wudanyan http://www.wudanyan.com/