On the Farallon Islands, invasive mice and hungry owls are a deadly combination that threatens the endangered ashy storm petrel.

Thirty miles off the coast of San Francisco, scientists on the Farallon Islands are planning a conservation project they hope will halt the worrying decline of an endangered bird called the ashy storm petrel (Hydrobates homochroa).

About 5,000 of these swallow-sized seabirds — half of the species’ total population — breed on the rocky chain of islands that make up Farallon Islands National Wildlife Refuge. But their numbers there have steadily declined since the early 2000s.

Researchers know why. The refuge has a mouse problem.

But solving the problem is complicated. Invasive house mice (Mus musculus), it turns out, don’t directly harm the storm petrels. Instead these rodents are a tempting food source for migrating burrowing owls (Athene cunicularia), who spend part of the year on the islands.

And that’s where things go wrong for the storm petrels. Every year a few owls, rather than continuing south along their traditional migratory path, choose to spend the winter on the island, eating not just mice but storm petrels, too.

To save the petrels, the U.S. Fish and Wildlife Service has proposed a one-time application of rodenticide to rid the island of the mice. Officials believe that without this plentiful rodent food source, migrating burrowing owls will have little reason to stay on the islands, leaving storm petrels to nest in peace.

The plan — which faces opposition from some local animal-rights groups — will need approval from the California Coastal Commission, the state agency charged with regulating projects and development along the state’s coast. The plan could receive that go-ahead before the end of the year, allowing the project to start next year.

Pete Warzybok is the Farallon program leader for Point Blue Conservation Science, the nonprofit that has collaborated with the Service for over 50 years on research and projects on the islands.

“This is an opportunity to have a real, lasting conservation impact,” Warzybok says. “It will be, quite frankly, one of the greatest conservation achievements that we’ve been able to do.”

Restoration efforts on the Farallon Islands have been ongoing since their designation as a National Wildlife Refuge in 1968. While it’s difficult to know exactly what the islands looked like before 19th century seal hunters arrived with stowaway mice aboard their ships, researchers know the owls’ increased presence is new and poorly timed.

When the owls arrive in autumn during their southern migration, the rodent population is at its peak and can reach a staggering 490 mice per acre, a number rarely documented anywhere else. With so many scurrying about, it’s no wonder that the owls are encouraged to stay and take advantage of the plentiful food source.

But during winter, inclement weather and a lack of plants and insects cause the mice population to crash — just in time for the petrels’ return to the islands to breed after months at sea. With few mice and plentiful storm petrels, the owls switch from eating mice to eating the seabirds.

This phenomenon is called hyperpredation, and many islands around the world have suffered its effects. A famous example took place on Santa Cruz Island, where feral pigs were introduced in the 1850s and began attracting golden eagles. But the eagles started eating the endemic island foxes, whose numbers quickly plummeted. The removal of the pigs in 2005, combined with fox reintroduction, allowed the island fox population to recover.

Scientists know the owls are a major threat to storm petrels thanks to a convenient, if gruesome, fact. The owls usually pluck off the petrels’ wings, which they’re not interested in eating. This allows researchers on the island to conduct “wing walks,” looking for disembodied wings.

A 2019 study published in Ecosphere used wing walks to determine that the owls can kill up to 100 storm petrels every year. But dangerous terrain leaves parts of the islands inaccessible, and the true number of petrels eaten by owls is likely much higher than surveys reveal.

While 100 storm petrel deaths may not seem like many, scientists say it has been enough to drive the population decline. Ashy storm petrels take up to eight years to mature and begin breeding; they only lay one egg at a time and don’t always breed every year. Compounded with a small global population, their slow reproduction leaves them susceptible to the added pressure from the owls.

Researchers have modeled possible scenarios for ashy storm petrels if mice were completely eradicated, the results of which suggest that even slightly fewer owls could mean the difference between the ashy storm petrel’s continued decline or a stable population. We already know the birds fare better and experience lower declines on years when fewer owls visit the islands.

While eradicating one species to change the behavior of a second that’s affecting a third may sound both controversial and tricky, scientists can point to success stories on a few other islands. On Allen Cay in the Bahamas, invasive house mice enticed barn owls to stick around, but the owls soon added sensitive Audubon’s shearwaters to the menu. Since the mice on the island were eradicated, the number of owl-caused shearwater deaths has dropped.

Successful rodent removals have been conducted on hundreds of islands around the world, many with the use of rodenticides. Most of these cases experienced rapid changes in the ecosystems as populations of flora and fauna returned to healthy levels.

With these success stories in mind, biologists on the Farallon Islands say they’re confident that mice eradication will be a long-term solution to the hyperpredation problem.

“These ashy storm petrels are really rare birds, and they’re really sensitive,” says Gerry McChesney, the Farallon Islands National Wildlife Refuge manager. “So, does it matter whether it’s a direct impact or indirect impact? I don’t think it does. The fact is that they [mice] are impacting the ecosystem.”

Opponents have expressed concerns that the poison will affect more than mice and say they would rather see a plan to reduce mice numbers without rodenticide or to relocate the burrowing owls to the mainland. But scientists are looking for a long-term solution and say sustainable mice reduction and owl relocation would require continual effort year after year.

And while the owls are the main threat to ashy storm petrels, McChesney’s concerns extend beyond the fate of the seabirds. As a manager, he must act on behalf of all the native species that call the islands home.

The Farallon camel cricket (Farallonophilus cavernicolus) exists nowhere else in the world and is falling prey to both the mice and the owls. The crickets are also food for the Farallon arboreal salamander (Aneidis lugubris farallonensis), now forced to compete with mice and owls for food. Unique native vegetation on the island has also taken a direct hit from the mice.

Removing mice from the islands may yield immediate benefits for plants, but it could take many years for ashy storm petrels to recover. For McChesney, the islands will never be fully restored until all the mice are gone.

“We have a very special place, the Farallon Islands,” McChesney says. “It’s an actual jewel of the Pacific … and it’s an ecosystem that’s out of balance.” 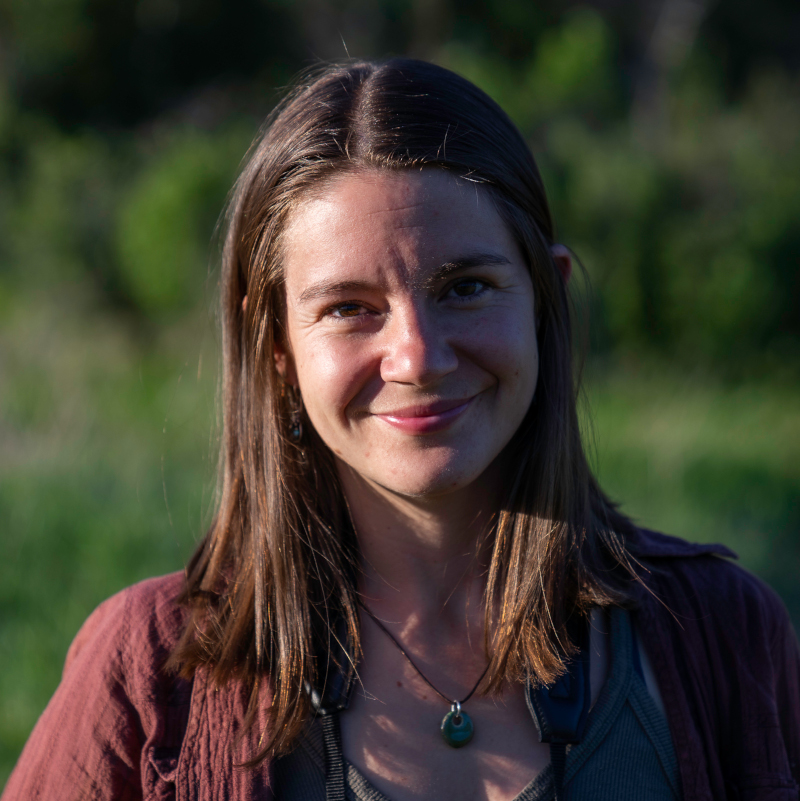 is a freelance science writer and photographer based in Missoula, Montana. She is currently pursuing her master’s in environmental science and natural resource journalism at the University of Montana.
https://www.sierracistone.com/