Introduced rabbits threatened the unique birds of Chile’s Humboldt Penguin Natural Reserve. But after a century of devastation, hope has returned.

Penguins and rabbits frolicking around coastal cacti may strike you as a charming scene, but one of these species does not belong. On Choros and Chañaral islands, located off the coast of Chile about 600 kilometers north of Santiago, penguins and cacti are a great fit. But the flash of a white tail and brown fur in the undergrowth? That spells trouble.

A rabbit hole out of place is bad news for birds

A tale of destruction began in the Humboldt Penguin Natural Reserve 100 years ago, when European rabbits (Oryctolagus cuniculus) were introduced to Choros and Chañaral, two of the reserve’s three islands. The rabbits quickly proliferated and began to munch away at the desert islands’ sensitive plants. Even the sharp spines of the native cacti weren’t enough to deter these voracious herbivores. As damage to cacti accumulated, shady areas for nesting Humboldt penguins (Spheniscus humboldti) and their chicks grew scarce. Considering that the reserve supports 80 percent of the world’s Humboldt penguin population, this habitat depletion was alarming to seabird researchers and Chilean authorities.

A foxhole isn’t any better

One problem sometimes creates another. Foxes were introduced to Chañaral Island in the mid-20th century to help control the invasive rabbit population. Not surprisingly, the plan backfired. Instead of taking care of the rabbit problem, the introduced foxes preyed on another bird, the native Peruvian diving petrel (Pelecanoides garnotii). Chañaral is thought to have been home to as many as 100,000 pairs of the endangered petrels before invasive species arrived. Today there are none.

The strategy of releasing one invasive species into a habitat to control another invasive species has repeatedly proven to do more harm than good, and the disarray of the reserve reflected the inadequacy of that approach. In 1994 the Peruvian diving petrel was listed as endangered by the International Union for the Conservation of Nature. In 2000 the Humboldt penguin was listed as vulnerable.

The decline of native species and growing threat of extinction in the reserve were not only problematic in an ecological context. Nearby fishing communities depend on an ecotourism industry to make up for declining fishing opportunities. People don’t travel far to see nibbled cactus and hundreds of rabbits; they’re a lot more likely to travel to see a thriving diversity of plants and wildlife. If the lagomorphs continued to dominate the reserve, an important source of income would be lost. The local communities had no obvious backup industry available.

Luckily a change for the better was in the cards for the reserve. In 2013 the Chilean National Forestry Corporation, in collaboration with the organization I work for, the international nonprofit Island Conservation, initiated a project to remove invasive species from Choros Island.

Every removal project is different and comes with its own complex set of challenges. There’s no “one size fits all” removal method. To ensure success a variety of removal options was evaluated in coordination between the partners. In this case, systematic placement of rodenticide across the island was deemed the strategy most likely to be effective. More than 1,500 successful island eradications have been completed worldwide using this approach.

Implementation on Choros occurred from July to September of 2013. Following that, camera traps were placed on the island to confirm the island was free of invasive rabbits. In 2016, after months of monitoring, conservationists set out to determine the results of the project with the aid of Finn, a detection dog trained to support this kind of conservation effort. Finn, to everyone’s relief, sniffed out no rabbits on Choros, and the partners confirmed the project’s success.

Island Conservation project manager Madeleine Pott tells me the results of the restoration on Choros Island were almost immediately evident across the island, with “fields of seedlings, hillsides covered in the threatened flower Alstroemeria philippii, and Peruvian diving petrels looking to nest in former rabbit burrows.”

The success on Choros paved the way for a similar intervention on Chañaral Island in 2016. A team of 30 people conducted fieldwork over a 20-month period, covering over 6,680 kilometers; they powered through the harsh desert sun and the strong southern winds that rip up from the Antarctic to complete the project.

In 2016, after the final phase of monitoring Chañaral for signs of remaining rabbits, the island and the entire reserve were declared free of invasive vertebrate pest species. Conservationists are now optimistic that the petrels will eventually return to the rabbit-free island.

Aarón Cavieres, executive director at the Chilean National Forestry Corporation, pointed out that the restoration of the reserve supports Chile’s biodiversity goals and builds momentum in the movement toward global environmental health, as well as improving ecotourism opportunities for local communities.

The success of the projects also holds promise for similar conservation efforts currently underway and planned for the future.

Helping our planet thrive one island at a time

The successes on Choros and Chañaral reinforce the growing evidence of the efficacy of invasive-species removal on island ecosystems. This form of conservation intervention is key to supporting biodiversity and preventing extinction.

Pott notes that the rebounding vegetation and wildlife of Choros and Chañaral are testament to the power of invasive-species removal. She expressed to me that the restoration of the Humboldt Penguin National Reserve offers hope for continued conservation success in the region and around the world.

Building on this success, the Chilean National Forestry Corporation and Island Conservation are looking to restore other islands in Chile with high biodiversity benefits, including Alejandro Selkirk Island in the Juan Fernández Archipelago.

Prospects are good, not only for the region but for islands in need of restoration around the world. What makes the Earth so incredible is the great variety of plants and wildlife that live here, with the Humboldt reserve being a prime example — cacti and penguins thriving together on a coastal desert island isn’t something that happens on just any planet. With continued and enhanced efforts, we can look forward to more and more unique island ecosystems returning to health, and ultimately, thriving. 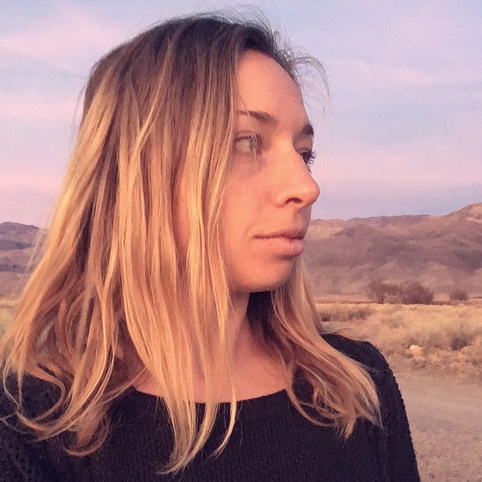 received a BA in anthropology from UC Santa Cruz in 2014. As a freelance writer and editor, she works to create and highlight content that supports ecological responsibility, body awareness, emotional intelligence, and creative action. She lives in Bishop, Calif., a small town in the Eastern Sierra. Outside of her freelance life Sara teaches yoga, designs meditation programs, and explores a variety of acrobatic disciplines in between excursions to remote high desert destinations.