Noise pollution has harmed species across the planet. Could social recordings help bring them back to their habitats?

It’s a quiet May morning on the Hawaiian island of Kauai. We’re high on a cliff inside the fences of the Nihoku Ecosystem Restoration Project, with only the sound of the wind rushing past our ears and the crash of waves breaking on the shoreline far beneath. Only the slightest hints of animal cries reach our ears — until ecologist Lindsay Young turns on a loudspeaker. Then the air fills with the breathy squawks and raucous chirps of seabirds.

It’s hardly Barry White, but for Pacific seabirds, it’s music to their ears.

“These guys are so cued into the sound, at our other sites we have birds mounting the speakers, doing bad things to them,” Young says as she tromps back up the hill from the loudspeaker.

As the executive director of Pacific Rim Conservation, Young has made it her mission to protect endangered seabirds. On this site that means Newell’s shearwaters and Hawaiian petrels, known as ʻaʻo and ʻuaʻu on the islands. Both nocturnal species have declined due to predation by invasive species and the lure of artificial lighting, which often causes fatal collisions with power lines and other urban obstacles.

Young’s organization and a handful of others began working on the Nihoku nesting site in 2014, after all the resident birds had been wiped out. They started by constructing a predator-proof fence to prevent everything from mice to feral cats from getting inside. The team also planted native shrubs and installed 50 artificial burrows to enhance the habitat. Then, beginning in 2015, they used helicopters to translocate chicks from mountain colonies down to Nihoku, where they raised them on a slurry of squid and fish, hoping  the chicks would imprint on the night sky from this new location and return to it in three to five years when they reached breeding age.

But in the meantime, the conservation team saw the need to lure additional adult birds to this newly predator-free habitat.

There was just one problem: silence.

Hawaiian seabirds are social animals — they need to know the party has started before they’re willing to settle down in a new colony. With no adult birds at Nihoku, passing birds had no one to listen to and invite them in.

Enter the seabird stereo. It plays every night, sundown to sunup, from March to November, and is audible up to about a half-mile away.

And it works, to a degree. When I followed up with Young nine months after our trek to the site, she told me that some other bird species have been attracted to the site, but not the target birds — at least, not yet.

“Most seabird species nest in multi-species colonies,” she explains, “so I think regardless of what species calls you’re playing, it is going to be attractive on some level to closely related species.” One of the species that did come to Nihoku, wedge-tailed shearwaters, is more abundant than Newell’s shearwaters, so Young says it’s not surprising that they might arrive sooner.

She’s still hopeful the target species will arrive, lured in by the daily broadcasts. In the meantime it’s a waiting game: When will any of the several dozen chicks that have fledged here return to look for mates? Young’s listening for their calls.

Nikoku and other degraded habitats are the flip side of the story of noise pollution. While human-generated sounds have harmed wildlife and ecosystems around the planet, the absence of natural sounds also causes cascading ecological problems.

Scientists around the world have started to investigate the soundscapes — or lack of them — for a range of species, and they’re realizing just how crucial critter calls are for healthy ecosystems. Planting native vegetation and removing sources of pollution aren’t necessarily enough to get an ecosystem functioning again. For that wildlife needs to fulfill key ecological roles such as pollination and seed dispersal — and eating, or being eaten by, other animals.

Darren Proppe has been investigating the role of sound in habitat restoration for years. He’s currently the research director at the Wild Basin Creative Research Center of St. Edward’s University in Texas, but he previously studied songbirds in Michigan and the effect that birdcall recordings might have on conservation efforts.

“One of the challenges that drove this whole thing initially is that there were areas where people had restored habitat and it looked great, but it was left vacant,” Proppe says.

Previous research had already established that broadcasting sounds of bird calls could attract individual songbirds to a specific area. Proppe wanted to test whether that technique could be expanded for a larger number of species. In a key 2015 study, his research group used recordings of six different songbirds in northern Michigan to see whether playing those calls together would attract more birds to a given tract of forest. The speakers, camouflaged as rocks and powered by solar-charged batteries, broadcast the calls on daily playback loops between May and July.

The study was a resounding success. Multiple species nested in higher densities near the playback speakers than in other parts of the forest. The only problem was that birds of related species whose calls weren’t broadcast seemed to be avoiding the areas with the speakers, perhaps because they feared the area was already overpopulated by competitors.

In addition to understanding the reasons for that avoidance, Proppe says there are plenty of other questions that need to be answered. Researchers don’t know what happens when the recordings are no longer played, or whether there might be ecosystem-wide impacts they haven’t yet noticed. They also want to make sure that birds moving into the sound-scaped environments are also doing well over the long term, that the habitat provides them with the right living conditions.

And they want to find out what these sounds mean for the next generation of birds.

“What we’re working on now is, what does this do for reproduction? This is breeding season. If we bring them into certain areas, do they reproduce poorly? If that’s the case, this isn’t a conservation methodology we want to use.”

The Sounds Heard ‘Round the World

Birds aren’t the only species that could benefit from this emerging research. The possibility of using sound as a conservation tool is being explored across species and habitats. In Kenya researchers have used broadcasts of hyena and lion vocalizations to draw the carnivores to certain locations in order to more easily  conduct population surveys. A similar technique was used in Zimbabwe to count African wild dogs.

And more recently, biologists in Australia have turned to a different medium to fill with sound: the ocean.

“We’ve recently discovered that as coral reefs degrade, their biological soundscape gets quieter,” writes marine scientist Timothy Gordon, with the University of Exeter, by email.

Because some fish species spend parts of their life in the open ocean, they need a way to eventually navigate back to the reef. That’s where sound comes in, and why it’s such a problem when cyclones or mass bleaching cause reefs to empty out.

“The animals that usually make a symphony of crackles, snaps, pops, grunts and whoops are dead, and in their absence the reef turns ghostly quiet,” Gordon says. “This is tragic to hear, and also concerning — without these sounds, there’s a real danger that fishes can no longer hear their way home.”

Gordon and his colleagues wanted to see if they could develop a solution for this problem. Working on the northern Great Barrier Reef, they used underwater loudspeakers to broadcast the sounds of healthy reefs onto coral-rubble patch reefs. Unlike the environment hosting birds, coral reefs are filled with a jumble of sounds. Gordon says it would be almost impossible to disentangle the sounds to target one individual species, since healthy reefs feature a cacophony of sounds (he compared the noise of moving sea urchins to “sizzling bacon”).

🐠🎧😢The sound of the dying #GreatBarrierReef is the saddest thing you’ll hear today. 🎧🐠😢

And it worked: Compared to the parts of the reef without any fishy noises being projected onto them, the artificially loud reefs doubled in overall abundance and had a 50% greater species richness.

“That’s good news for reef restoration,” Gordon says, since previous research has shown that healthy fish populations can help facilitate recovery of damaged reefs. “At the stage in life that fish are being attracted back to reef habitat from the open ocean, many species are very site-attached and territorial. That means if we can persuade them to settle somewhere, and they’re able to survive, they are likely to stay put.”

The biggest challenge with all these cases is the lack of high-quality habitat in the first place. Neither Gordon nor Young were particularly optimistic about using animal soundscapes as a panacea for an enormous, multifaceted problem.

“No reef restoration can work without simultaneous dramatic action on carbon emissions to reduce global warming and prevent further damage,” Gordon says. “But if we can limit our emissions to stop ocean warming, new understanding like this gives us a real chance of helping our heavily damaged reefs to recover.”

For Hawaii’s seabirds, Young says, the solution must go beyond the sounds of a restored habitat. Although they’re making progress with expanding the number of safe spaces for the birds, and have even created a website to catalogue seabird restoration and social attraction recordings from around the world, they still have to deal with the predators and artificial lights that decimated bird populations in the first place.

“The restoration only creates another safe site, it doesn’t address why they’re going extinct on their colonies,” Young says. “We’re creating a new safe space for them, but it doesn’t mean the threat doesn’t exist at all the other colonies. And until we really get that addressed, it’s not going to be optimistic.” 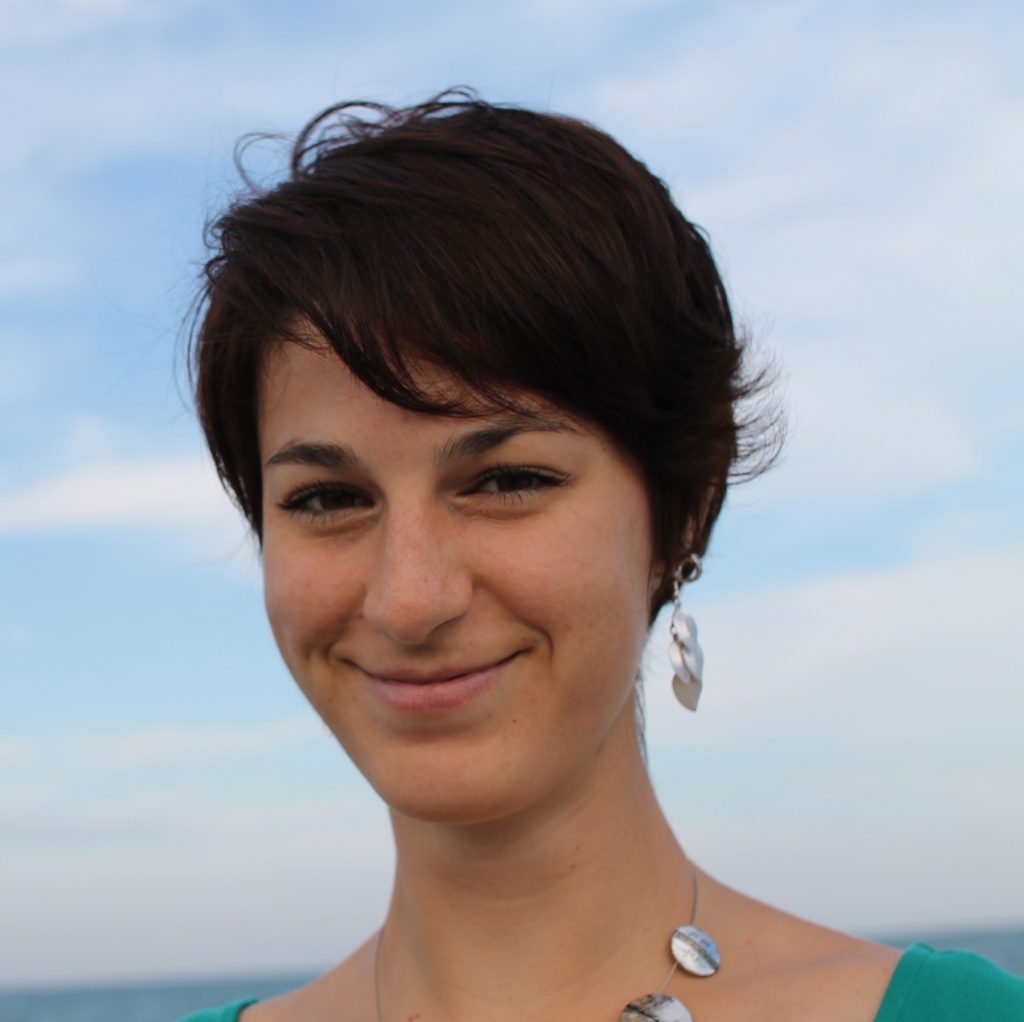 is a Chicago-based journalist who writes about science, history and outdoor adventure for publications like Smithsonian Magazine, The Atlantic, Hakai Magazine, Great Lakes Now and Playboy. She is the author of the narrative nonfiction book "The Last Voyageurs" (Pegasus/2016), a finalist for the Chicago Book of the Year award.
http://twitter.com/boissolm http://www.lboissoneault.com/

3 thoughts on “The Call of the Wild: Using Sound to Help Imperiled Species and Ecosystems”