In the 19th century, demand for North American beaver pelts lured trappers westward — and worldwide demand for fur set off a chain reaction that has reverberated across time. Overhunting led to the beavers’ near-demise on the continent, a loss that changed the hydrology of river systems. Previously wet and wild places became far less so with the loss of beaver populations and their dam-building ways.

Jump ahead 250 years, and several projects are underway in California to alter the future, both for landscapes and for beavers. In one project landowners and public-land managers have started building structures called “beaver dam analogues,” which are essentially starter kits designed help beavers recolonize rivers.

The premise is simple: Drive a row of narrow logs into a streambed and then weave the pilings together with cuttings sourced from nearby trees. The structure slows the pace of the water and traps sedimentation, allowing a small pond to form and creating favorable conditions for nearby beavers (Castor canadenis) to move in. Then the beavers can build their own homes and continue to modify streams to meet their needs.

Construction on these dam analogues began in earnest in Oregon in 2009 when a group of scientists affiliated with the National Oceanic and Atmospheric Administration decided to find out whether the structures could add complexity to river systems and restore salmon populations in the process.

Their use has spread. In California Brock Dolman and Kate Lundquist, co-directors of the WATER Institute at the Occidental Arts and Ecology Center, facilitate the effort to introduce beavers to watersheds. Because the animals provide ecosystem services, Dolman and Lundquist see them as underutilized allies in watershed recovery efforts. Their handiwork transforms the landscape, creating a mosaic of habitats. First, beaver dams modify streamflow, creating slow and fast-moving bodies of water. This leads to an increase in the types of streamside habitats available to a variety of wildlife, boosting biodiversity in the process.

Lundquist says the North American beaver is the continent’s original water manager, renowned for storing and caching water for future use. Since beaver dams are temporary and permeable, she explains, the structures allow water to flow, thereby reconnecting mountain streams with the floodplains below.

As California looks for ways to become more resilient in the face of climate change and the prospect of prolonged droughts, the construction of these dams may prove to be advantageous. They could even buy more time for stressed aquatic species such as oceangoing salmon and steelhead trout, which have been left high and dry by California’s prolonged droughts, deforestation and water-diversion projects meant to help farmers.

In 2014 arid conditions compelled the residents within the Scott River watershed, in Northern California, to take action. When their rivers and streams dried up, local wildlife officials had few options but to truck out thousands of juvenile coho salmon to locations with adequate water. In response to the salmon crisis, the residents of the watershed banded together to build eight beaver dam analogues. Today six beaver families occupy eight of the structures, and according to published accounts, juvenile salmon in the watershed have rebounded.

The Scott River project was the first approved by California‘s Department of Fish and Wildlife, and several more pilot projects are underway. As the state seeks effective ways to restore river systems parched by drought and hurt by decades-long land-use patterns, natural resource managers may start looking to dam analogues and beavers for answers.

Unfortunately, prior to the deep drought that hit California beginning in 2012, beavers were an afterthought. “In California, no one was talking about beavers,” Lundquist says. “It was a missed opportunity.” She adds that there’s now been an uptick in interest as word spreads among rural residents about the success of the analogues and the benefits beavers can deliver. “We’re helping people connect the dots between the science of beaver restoration and implementation,” she says. Determining whether beavers can recharge groundwater is an open question and subject of ongoing debate. “It’s an evolving science,” she admits.

What remains unchanged is the beaver itself. “They are highly adaptable animals and able to persist,” Lundquist says. “What limits beaver are water and wood — period.” And that combination may be a damned good way to restore streams and solve water woes in California and other parched states. 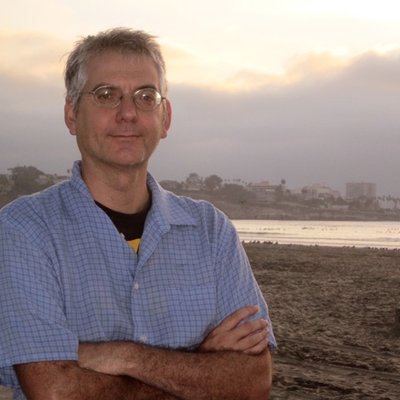 is a freelance writer based in Southern California. He focuses on the intersection between science, nature and technology for smarty-pants publications geared toward the curious reader.
http://twitter.com/gili92107

2 thoughts on “To Restore Salmon, Think Like a Beaver”