(Originally published at the blog of the Union of Concerned Scientists. Reprinted with permission.)

Over the last few days, I’ve been glued to social media, the phone, and ham radio-like apps trying to find out more about the fate of family members in the catastrophic situation in my native Puerto Rico following Hurricane María. (Fortunately, I was able to confirm on Friday that everyone in my immediate family is accounted for and safe). My family is among the few lucky ones. My childhood home is a cement suburban dwelling built on well-drained hilly soils, some eight kilometers from the coast, and well outside flood zones. But many of my 3.4 million co-nationals in Puerto Rico have not been so lucky, and are experiencing, as I write this, catastrophic flooding.

Puerto Rico remains completely dark and silent following Irma’s assault, having lost 100 percent of its electricity, hampering communications and complicating recovery efforts. Additionally, many residents are without access to clean drinking water, some are in areas that have not yet been aided by rescuers, and supplies are dwindling. In addition, there are more than 170,00 affected in the nearby US Virgin Islands and Dominica, Caribbean islands who have also experienced catastrophic damages.

The flood waters also continue to rage. Just in the largest suburban community in Puerto Rico — Levittown in the north — hundreds had to be evacuated on short notice during the early Thursday dawn as the gates of the Lago La Plata reservoir were opened and the alarm sirens failed to warn the population. The next day, a truly dramatic emergency evacuation operation followed as the Guajataca Dam in the northwest broke and 70,000 were urged to leave the area. At least ten have been confirmed dead so far.

The government of the Commonwealth has mounted a commendable response, but has been hampered in large part by the lack of power and communications facilities, which are inoperable at the moment except for those persons, agencies, and telephone companies that have power generators and the gas to keep them running. This has been one of the main impediments for Puerto Ricans abroad to communicate with loved ones and for the Rosselló administration’s efforts to establish communications and coordination with many towns that remain unaccounted for.

Puerto Ricans are also fearful of being left behind or forgotten. While the U.S. media coverage for storms Harvey and and Irma was robust, the same level of coverage has not been seen for Hurricane María. If this out-of-sight, out-of-mind mentality were to spread to the federal government, whose help is so desperately needed, it could prove monumentally disastrous for the island.

Underinvestment and neglect of infrastructure increases vulnerability to extreme weather

Why has Puerto Rico’s energy infrastructure been rendered so vulnerable in the recent weeks? The ferocity of Irma and María could stretch the capacity of even well-funded and maintained energy production and distribution systems. In Florida—where the power grid had received billions in upgrades over the last decade—Irma left two-thirds of the population without power (but was also able to bounce back after a few weeks).

But years of severe infrastructure underinvestment by the Puerto Rico Electric Power Authority (PREPA) has led to a fragile system that has completely collapsed after these two hurricanes. Irma’s indirect hit damaged distribution lines but not production; María’s eye made landfall on the southeast and exited through the central north, placing it right on the path of four of the high-capacity plants that burn heavy fuel and diesel oil. These plants are also located close to, or within, flood zones.

The reconstruction of the power infrastructure in Puerto Rico is a monumental task as it is critical to guarantee the well-being of Puerto Ricans. More than 3.4 million US citizens are now in a life-threatening situation and getting electricity up and running in the near term is critically important as it can support rescue and recovery efforts.

Wherever possible, these immediate efforts should aim to align with a broader rebuilding mission that points Puerto Rico toward a more economically robust and climate resilient future, not repairs that repeat the mistakes of the past. There is a need also to build resilience against the climate and extreme weather vulnerability Puerto Rico is so brutally facing right now.

There is a great need also for economic alleviation of the high cost of energy in Puerto Rico: electricity prices for all sectors (residential, commercial, and industrial) are much higher in Puerto Rico than in the United States. Reliance on imported fossil fuels for generation is one driver of the high cost: in 2016 nearly half of energy production came from petroleum, nearly one-third from natural gas, and 17 percent coal). Only 2 percent comes from renewables.

While there is quite a bit of clean energy momentum in the United States, that impetus is not being transferred to Puerto Rico. There are many reasons for that, including lack of support from PREPA. But Puerto Rico has strong solar and wind energy resource potential, and renewable energy has been proposed as a way to help PREPA pare down its $9 billion dollar debt, help reduce reliance on fossil fuels and fossil fuel price volatility, lower costs to consumers, and contribute to an economic recovery for the Commonwealth.

To ensure a safe and just economic recovery for Puerto Rico, Congress and the administration need to commit resources to help the territory recover. President Trump has declared Puerto Rico a disaster zone, and FEMA director Brock Long will visit the island on Monday. The priority right now is to save lives and restore basic services. To aid these efforts, Congress and the Trump administration should:

Once the state of emergency ends, Governor Rosselló needs to be very vocal that Puerto Rico’s energy infrastructure reconstruction should help put the Puerto Rican people and economy on a path to prosperity and resilience from climate impacts. The 2017 hurricane season is not over yet, and the situation in Puerto Rico right now is catastrophic. Decisions about energy infrastructure will be made in the coming days, weeks, and months. Those decisions need to take into account the short- as well as the long-term needs of the Puerto Rican population and help make Puerto Rico more resilient to the massive climate and weather extreme dislocations that we are facing. 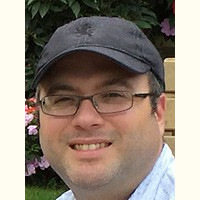 is a joint Kendall Science Fellow for the Union of Concerned Scientists Climate & Energy program and the Center for Science and Democracy.