Flock of royal terns fly over a group of marbled godwits on a sandbar in the Gulf of Mexico, St. Petersburg, Florida. Photo: Diana Robinson, (CC BY-NC-ND 2.0)

Here’s what we know (and don’t know) about how dangerous PFAS chemicals travel ocean currents and harm wildlife — and what that could mean for humans.

In seabird after seabird, Anna Robuck found something concerning: per- and polyfluoroalkyl substances, or PFAS, lurking around vital organs.

“Brain, liver, kidney, lung, blood, heart,” Robuck says, rattling off a few hiding spots before pausing to recall the rest. Robuck, a Ph.D. candidate in chemical oceanography at the University of Rhode Island, quickly settles on a simpler response: She found the chemicals everywhere she looked.

PFAS — a group of synthetic chemicals — are often called “forever chemicals” due to their quasi-unbreakable molecular bonds and knack for accumulating in living organisms. That foreverness is less of a design flaw than a design feature: The stubborn, versatile molecules help weatherproof clothing; smother flames in firefighting foam; and withstand heat and grime on nonstick pans.

Through consumption and disposal, the chemicals seep into ecosystems and bodies, where they have been linked to cancers, pregnancy complications, and reproductive and immune dysfunction. Recent attention has focused on the prevalence of PFAS in drinking water.

“Over the past 10-15 years we’ve really developed this super negative picture of what PFAS do to humans,” Robuck says. “But we’ve barely scratched the surface of that in wildlife.”

One particular area of concern is the marine ecosystem. Long seen as a bottomless sink for pollutants, the ocean is a final stop for PFAS trickling into the ecosystem. Once in the ocean, PFAS can persist for decades or longer — and travel long distances. As a result, a growing body of scientific research suggests that marine wildlife are accumulating dangerous amounts of “forever chemicals.”

“If we continue to emit PFAS, then the capacity of the ocean to dilute them is going to be exceeded,” says Jamie DeWitt, an environmental toxicologist at Eastern Carolina University. “For all we know, oceans could be reservoirs that re-pollute the land.”

Journeying Across the Globe

Coastal environments seem especially vulnerable to PFAS seeping from the chemical plants and military bases responsible for heavy contamination. Charlotte Wagner, a researcher at Harvard University studying the global transport of pollutants, says it’s still unclear what fraction of PFAS pollutants remain contained at their source, and what fraction has already leached into other environments.

But the fact that they do spread — and far — is clear. They generally wind up in oceans, according to Wagner. And not just the ones nearby. Studies in the early 2000s showed that PFAS survived decades-long journeys from manufacturers to remote ocean basins without breaking down.

“The ocean is not this static pool or bathtub,” she says. Large-scale ocean circulation moves pollutants huge distances across the globe. Some varieties of PFAS may degrade slightly over the course of years, until they convert into one of the more stable “terminal PFAS” subgroups, including PFAAs.

“To the best of our knowledge PFAAs don’t degrade at all under natural environmental conditions,” says Robuck. Rather than diluting PFAS to infinitely low concentrations, oceans carry them to remote areas, like the Arctic and Antarctic.

Other pollutants that reach the ocean, like DDT and PCBs, will stick to algae and sediment that eventually fall to the ocean floor. “That is a really important removal process,” Wagner says. “For PFAS, that process is minor.” Plants, algae and sediment only remove a small fraction of PFAS from the water column. That leaves more to accumulate in animals, reaching concentrations thousands of times higher than surrounding waters.

And those chemicals could travel right back to humans. Eating a lot of seafood, especially fish high on the food chain like tuna, would be concerning, she says.

But it’s not just fish — and humans eating them — that are at risk. A study last year reported PFAS in seawater and plankton dozens of miles off the Mid-Atlantic coast. Other research has revealed PFAS compounds — even some that have been previously phased out of production — in manatees, loggerhead turtles, alligators, seabirds, polar bears, dolphins and whales.

In North Carolina’s Cape Fear River, striped bass carrying high levels of PFAS showed distinct signs of impaired immune and liver function. But in the vastness of ocean water, can PFAS levels be high enough to cause harm?

“In recent years there have been increases in immune-based diseases in turtles and dolphins,” says DeWitt. One of the most well-studied health effects of PFAS is immune dysfunction. Most experiments are limited to humans, rodents and chickens, but researchers are piecing together the role of PFAS in marine immune issues.

One study concluded that PFOS, a phased-out PFAS that still circulates today, triggers “chronic immune activation” in bottlenose dolphins. A similar link between PFOS and susceptibility to disease appeared in sea otters. Other research links multiple PFAS to hormonal changes in polar bear brains. But these aquatic wildlife health studies are few and far between.

“PFAS in wildlife is kind of the wild west,” says Robuck. “Wildlife are inherently difficult to study in a lot of ways.”

Zeroing on the health effects for individual species is tricky because scientists lack baseline data about stress responses and pollutant levels. They have no choice but to presume consequences in wildlife based on hormonal, immune and reproductive effects in lab animals. For Robuck, that means judging how a pelican will respond to its measured PFAS levels according to health data collected from a chicken. “That’s a really crappy comparison,” she says.

In one sense, the method is conservative: Lab animals are well cared for, so their health effects may be a best-case scenario compared to the stressful baseline of wild animals’ experience. But it also means we don’t have an accurate sense of what dangerous thresholds are for most aquatic life — despite a parade of red flags.

Part of the problem is the sheer number of different compounds. Of the thousands of known PFAS, studies have only deduced health thresholds for a handful. Scientists screening their effects simply can’t keep up with the pace.

The chemical compounds that fall under the PFAS umbrella are also not all the same. Some are long, bulky molecules; others are smaller and more agile. Some forms tend to naturally convert into others; others don’t degrade whatsoever. Each molecule has the potential to be more toxic or bioaccumulative than the next. But for a lot of PFAS, Wagner says, scientists don’t even have standardized methods of detecting them.

To make matters worse, even as some of the most dangerous chemicals are being phased out, companies are making alternatives. But they may not be any safer than what they’re replacing. And scientists have found these alternatives are also accumulating in the bodies of fish and polar bears.

“It seems that we haven’t learned anything from the past,” says Belén González-Gaya, an analytical chemist at the University of Basque Country in Spain. “We keep on substituting compounds [for] others without any knowledge of biological effects.”

Sydney Evans, a research scientist for the nonprofit Environmental Working Group, suggests that researchers shouldn’t have to prove the health risks for thousands of similar compounds in order to warrant regulatory action. “The burden needs to be on these companies and manufacturers to prove their compounds are safe,” she says.

And while there is much we don’t know about the majority of PFAS, experts argue that we do know enough to assume they all share fundamental features: persistence, bioaccumulation and health risks. For this reason a group of scientists recently published a call for governments and companies to treat all PFAS, old and new, as a single hazardous group.

“It’s really the only way that we can be ahead of the curve,” says Wagner, who cowrote the article. “Rather than always realizing that a compound is toxic once it’s already everywhere and we measure it on a remote ice-site somewhere in Greenland.”

To shut off the flow of PFAS into the ocean, scientists say that manufacturers should phase out the chemicals and focus on proving safer alternatives.

With so many open questions, Robuck hopes to see research that more closely predicts threats to marine life — and by extension people, too.

“As humans, we rely on every natural resource under the sun,” she says. “When we undercut a healthy environment, we undercut our own health.” 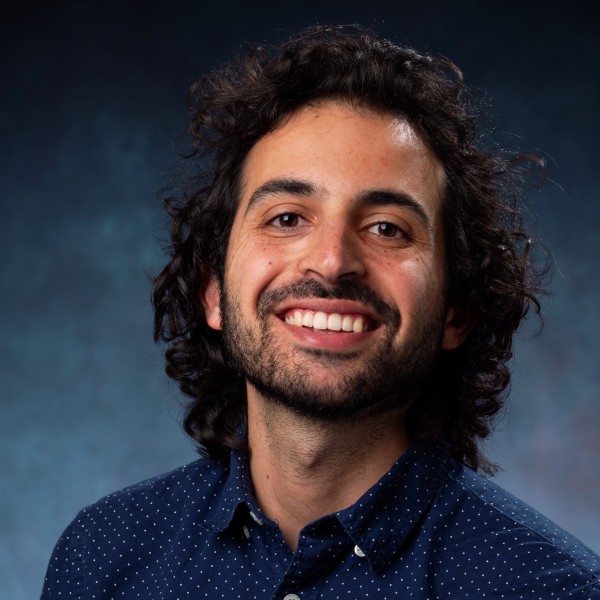 is a freelance science journalist. He writes stories about the environment, public health, basic science, and how technology shapes policy.
http://www.maxglevy.com