Many nations have created or promised to create marine protected areas, but they don’t all carry the same level of protections.

Billions of people around the world rely on the ocean for food, income and cultural identity. But climate change, overfishing and habitat destruction are unraveling ocean ecosystems.

As a marine ecologist, I study ways to improve ocean conservation and management by protecting key areas of the ocean. Many nations have created or promised to create marine protected areas — zones that may restrict activities like fishing, shipping and aquaculture. But decades of research have shown that not all marine protected areas are created equal, and that the most effective preserves restrict damaging activities.

Many governing bodies around the world have responded to the ocean crisis by pledging to protect swaths of ocean within their territories. To see how these commitments added up, my colleagues and I recently evaluated ocean conservation commitments announced from 2014 through 2019 at the yearly Our Ocean Conferences — high-level international meetings initiated by the U.S. State Department. (More recent meetings were canceled during the COVID-19 pandemic.)

A number of countries have made ambitious commitments. At the Our Ocean Conferences from 2014 through 2019, 62 countries pledged to protect areas of their ocean. Fourteen nations, including the Seychelles and Chile, committed to protect more than 38,000 square miles (100,000 square kilometers) within their waters.

Unfortunately, even if all of these commitments are fully implemented, they will protect only 4% of the world’s ocean. Adding in all other protected areas and outstanding commitments made in other forums raises that figure to 8.9%.

The number is likely to rise as additional countries join in. For example, on May 30 the South Pacific island nation of Niue pledged to protect 100% of its national waters. They cover 122,000 square miles  — an area roughly the size of Vietnam.

Most recently, the Biden administration proposed on June 8 to designate Hudson Canyon, which lies southeast of New York City in the Atlantic and is one of the largest underwater canyons in the world, as a national marine sanctuary. The canyon provides habitat for sperm whales, sea turtles, deep-sea corals and other sensitive species.

Adding urgency to this effort, negotiations at the United Nations continue around a proposed target to protect at least 30% of Earth’s land and sea areas by 2030. More than 90 countries, including the U.S., have endorsed this goal.

Clearly this is strong progress, but much work remains. Nations have failed to carry out past international conservation pledges. And meaningful marine protection involves more than stating high-level commitments.

Today some marine protected areas offer significant protection for fish and other sea life, but others exist mainly on paper.

For example, the Southern Ocean around Antarctica is one of the least-altered marine zones on Earth, but fishing is expanding there, and only 5% of it is currently protected. Deliberations over two proposed protected areas there, in the East Antarctic and the Weddell Sea, have continued for years.

I served on an international team that published a broad framework for planning and assessing marine protected areas in 2021. Our key message was that effectively conserving ocean habitats and marine life will require working together with local communities and governments to create more marine protected areas and set tighter curbs on destructive activities. 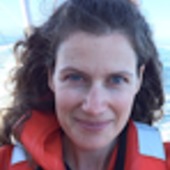 is a marine ecologist and associate professor at Oregon State University.