Human activities have put the ocean in serious trouble. A bold, Rights of Nature-based proposal aims to turn the tide.

Lisbon sits at the mouth of the Tagus River where it flows into the Atlantic. This confluence of waters welcomed thousands of people in June, who gathered in the Portuguese capital’s Altice Arena for the second United Nations Ocean Conference.

“Sadly, we have taken the ocean for granted, and today we face what I would call an Ocean Emergency,” UN Secretary-General António Guterres said at the opening of the conference, which aimed to mobilize science-based solutions to the crisis. “We must turn the tide. A healthy and productive ocean is vital to our shared future.”

Human actions have burdened the ocean and its inhabitants with serious problems, including more acidic and hotter waters from emissions and global warming, which represent existential changes for many ocean-dwelling organisms. Meanwhile overfishing, pollution and industrial activities have depleted and damaged ocean ecosystems. Through these combined threats, we’ve robbed marine communities of their resilience at the very moment they need it most.

Could granting the ocean inalienable rights help turn all of that around — and protect people who depend on the ocean in the process?

Experts at the conference argued that a declaration of oceanic rights from the United Nations could recognize the ocean as a living entity that has its own inherent entitlements, such as those to life and health, along with the right to continue its vital natural cycles.

Participants included representatives of the Earth Law Center, a Colorado-based nonprofit dedicated to the growing Rights of Nature movement. The organization has spent the past five years spearheading the concept of ocean rights.

In 2017 the center secured support from more than 70 nonprofit organizations in 32 countries for its Ocean Rights Initiative. That year, at the UN’s first ocean conference, then-executive director Darlene Lee explained that the initiative recommended “the United Nations governments, organizations and stakeholders, promote and adopt holistic and rights-based governance of the ocean, including incorporating the inherent rights of the ocean into law and policy.”

There’s historic precedent for establishing far-reaching rights principles through the United Nations. In 1948 the UN passed the groundbreaking Universal Declaration of Human Rights, which enshrined certain rights and freedoms — such as liberty and equality — as basic entitlements of all people across the globe.

Although that declaration of human rights is not legally binding, Earth Law Center oceans campaign director Michelle Bender says it has served as a powerful tool for embedding human-rights principles in laws and policies, including international treaties, national constitutions, and legal codes around the world.

Similarly, this summer the General Assembly adopted a groundbreaking resolution declaring access to a clean and healthy environment as a universal human right. And in 2010 a resolution was passed on the human right to water and sanitation.

Activists hope to extend the notion to the ocean we all share.

The effort took a step forward at the UN Ocean Conference, where The Ocean Race — a round-the-world sailing contest that also advocates for a healthy ocean — organized a panel discussion where advocates could discuss ways to advance the declaration and raise awareness of its importance.

Addressing a packed audience, speakers argued that establishing legal rights for the ocean could start a cascade of societal shifts in peoples’ attitudes toward, and understanding of, the ocean. They called on the public to urge their UN ambassadors to support ocean rights and get a declaration on the UN’s agenda.

Although these speeches were given in a dimly lit, hushed venue — one of two adjacent rooms where everyone had to listen through headphones so as not to disturb proceedings next door — the audience was enthusiastic. Many attendees clustered around the speakers as the event came to close, eager to hear more.

Experts and national leaders speaking at the panel, and those I talked to after the event, said the declaration would prioritize the ocean’s interests alongside those of people.

This is a fundamentally different approach from most of today’s ocean-related decision-making, which is typically “anthropocentric in nature,” says marine biologist Guillermo Ortuño Crespo, who attended the event. He’s not involved in the ocean rights initiative, but his research has involved scrutiny of management of the ocean. He says the current approach puts humanity at the center, valuing and protecting the marine environment based on the services it provides to people.

Crespo describes this anthropocentric paradigm as “a limited value system that psychologically removes us from nature.”

Other experts said a declaration of ocean rights could upend that value system by giving the ocean a voice. It would represent, in Bender’s words, “a fundamental shift in our relationship with the ocean.”

Granting the ocean legal rights would be a step toward “a more ecocentric value system,” Crespo says, “which is still upheld by innumerous coastal and Indigenous peoples across the ocean. These communities recognize the intrinsic right that the ocean and its many species and features have to exist and be protected.”

Sailing Toward the Declaration

The UN panel didn’t occur in a vacuum — the Ocean Race is also in the middle of a series of summits, running through 2023, examining ocean rights as a solution to restoring ocean health. The organization has held summits since 2015 to bring together country leaders, industry figures, ocean experts and others to discuss critical marine issues.

Johan Strid, director of Ocean Race Summits, says the race has a “unique and neutral platform to host a dialogue and drive this discussion in a constructive way.”

The summits  and associated workshops, events and “action labs” are components of a strategic program that the Ocean Race, the Earth Law Center, the nonprofit organization Nature’s Rights and other partners ramped up earlier this year.

One major event took place in March in the Italian coastal city of Genova. There the partners started a consultation process to create a draft resolution. The consultation will “gather stakeholders from all backgrounds, regions and expertise to gain feedback on the process, partnership in outreach and raising awareness, as well as drafting of the principles themselves,” says Bender.

Moving forward, a series of workshops will allow consultation participants to analyze the  ideas discussed in the ocean rights summits. The workshops will then feed into a working group that will finalize the resolution.

The push for ocean rights resonates with other Rights of Nature efforts, but its scale is particularly ambitious.

“It would apply to the ocean as a whole, including in areas beyond national jurisdiction,” says Bender.

That’s an important distinction, as international waters — those beyond individual countries’ control — are currently “almost completely ungoverned and unprotected,” as the International Institute for Environment and Development highlighted in March. The United Nations is working to address this, with member countries negotiating a legally binding treaty on the conservation and use of the high seas under the UN Convention on the Law of the Sea.

But conventional safeguards for the ocean often exist in silos, piecemeal and poorly enforced. Provisions such as Marine Protected Areas only shield selected parts of the ocean, while frameworks currently under discussion like the UN’s proposed plastic treaty tackle individual issues affecting the marine environment.

Bender commends all these efforts as “great steps forward,” but contends that we also need a whole-ocean approach.

This is essential, she argues, because every impact in the ocean is interconnected: Pollution that originates on land enters the ocean and affects the entire planet. A declaration of ocean rights would provide an opportunity to encompass all ocean governance issues and align related frameworks under one overarching umbrella.

Ocean rights would be based on principles that reconnect humans “to the systems that sustain us,” she says. The application of these principles could help to put the brakes on activities like deep-sea mining, and potentially have ramifications for related issues like CO2 emissions. Meanwhile, the standards it upholds could be systems-based. For example, recognizing humans as predators could result in efforts to guide fisheries management.

Err on the Side of Nature

As discussions continue, organizers aim to have a draft resolution ready to present to the United Nations in September 2023.

Bender says deliberations so far have addressed principles such as intergenerational equity, connectivity and reciprocal responsibility.

Another principle in discussion boils down to “when in doubt, favor the ocean.”

This is similar to the in dubio pro natura standard adopted in Panama and elsewhere, which translates to “when in doubt, err on the side of nature.”

Strid says the resolution would be the starting point for a process within the United Nations itself, assuming the international body agrees on the concept in the first place. Even if that happens, he says, getting “all states in the world to agree on a matter takes time.” They hope that can be accomplished by 2030.

Strid accepts that the timeline is “highly ambitious,” but history shows it’s not impossible. The Universal Declaration on Human Rights took around two years from initial introduction to adoption.

The endeavor has some wind in its sails already, with committed support from the nations of Cabo Verde, the Seychelles and Panama, along with the city of Genova.

In the panel discussion, former Seychelles’ president Danny Faure argued that the support of nations like theirs — known as Big Ocean or Small Island Developing States — is important if ocean rights are to be achieved.

Strid agrees. “Small island states are significantly impacted by the issues concerning the ocean,” he says. Their participation, he adds, can raise awareness of these devastating effects.

Public support will also prove essential. The Ocean Race has launched a campaign called One Blue Voice through which people around the world can sign on to a petition that organizers will present to the United Nations.

Strid stresses that “we are in the early stages of the work.” As the process of shaping the resolution develops, they will focus efforts on gathering formal support from relevant organizations and policymakers.

Despite the immensity of the challenge ahead, both Bender and Strid say they remain hopeful.

“The nature of our sport is to overcome the impossible,” Strid says.

Bender, meanwhile, finds optimism in the successes of the rights of nature movement and the fact that ocean rights have been featured for the first time this year at the Blue Climate Summit and other events. She sees all this as essential momentum that will eventually achieve planetary support for nature and the people who rely on it.

“Humankind is a part of nature, and we cannot realize human rights without a healthy environment to support them,” she says.

This story was produced as part of the 2022 UN Ocean Conference Fellowship organized by Internews’ Earth Journalism Network with support from the Calouste Gulbenkian Foundation (UK Branch). 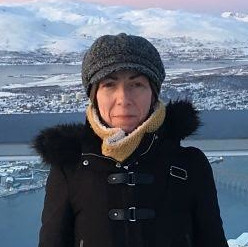 Tracy Keeling is an environmental journalist who works as a staffer for The Canary and contributes to other publications. Her stories have appeared in One Green Planet, DeSmog and Sentient Media.
http://twitter.com/topsy_tee

2 thoughts on “Should the Ocean Have Legal Rights?”