Photo: Rowing through a Floating Forest near Siem Reap by Marco Verch under Creative Commons 2.0

Mangrove forests protect coastal ecosystems around the world from erosion and serve as habitats for an amazing array of fish, birds and other species. But because of the groves’ low levels of plant diversity, scientists have long assumed these famously twisty, salt-tolerant trees didn’t play host to many insect species.

A study published last year in the journal BMC Biology turns that assumption on its ear. Mangroves, the research reveals, are hotspots of insect biodiversity.

To reach this startling conclusion, a team of scientists from Singapore and other countries spent four years studying more than 140,000 insect specimens from 107 sites in mangroves and other habitats in Southeast and East Asia. They discovered an enormous and diverse number of insect species living in the mangroves — including more than 3,000 species in Singapore alone.

The researchers say their finding may have conservation relevance in the face of worldwide insect declines that are increasingly being called the “insect apocalypse.”

It may also aid in the preservation and restoration of mangroves.

“We definitely hope that is the case,” says Darren Yeo, a biologist with National University of Singapore and lead author of the study. “We were able to show that even rather fragmented mangroves can house a huge amount of evolutionarily unique species and are worth protecting.”

That’s especially important considering the state of mangroves around the world.

Mangroves on the Decline

Mangroves — dozens of tropical and subtropical tree species of the Rhizophoraceae family — are distinguished by their aerial roots that emerge from brackish, estuarine shores. They serve as important nurseries for fish and shrimp species, including the threatened rainbow parrotfish and endangered goliath grouper.

They also serve people by protecting coasts from storm surges and sequestering millions of tons of carbon dioxide every year.

But despite their value, many mangrove forests have disappeared. About 35% worldwide were cut down between 1980 and 2000.

The new finding of mangrove insect diversity comes at a promising time. The rate of mangrove forest loss has slowed, and it has also been offset by significant gains from restoration and natural regeneration, according to a report published last year by the Global Mangrove Alliance.

Adding to the forests’ value, the researchers found that many insect species are specific to mangroves. More than half are not found in other habitats, even if normally species-rich coastal forests grow right next to the mangroves.

On top of that, the mangroves share few species among themselves. For some families of flies, 90% of species are unique to each region. Of the 74 known species of flies in the Thai mangroves, only 34 also exist in Singapore and 10 in Brunei.

The scientists say that the harsh conditions of the mangroves — extreme tides, wide variations in temperature and fluctuations in salinity — may result in physiological and behavioral adaptations that account for the unique insect community.

And many of those unique species remain to be identified by scientists.

During surveys for the study, Patrick Grootaert, who heads the entomology department at the Royal Belgian Institute of Natural Science, discovered two new species of fly in the mangroves of Pulau Ubin, a small, lush island that lies in the straits between Malaysia and Singapore.

One, which he called the long-legged fly, feeds on sandflies and midges. The other, the black scavenger fly, had been thought to be a previously discovered fly until further studies revealed it was a separate species. More surprisingly, entomologists recognized that it needed to be categorized into a completely new genus, as well.

The scientists were able to count the species and discover the new ones using new genetic technology. Until recently, taxonomy was a time-consuming, tedious task of viewing each collected specimen to identify and sort it according to its species. The new technology, called Next Generation Sequencing or NGS, can sequence the DNA of large numbers of specimens quickly and in a cost-effective manner.

Yeo says performing their work the old-fashioned way is theoretically possible but “would cost orders of magnitude more in funding and time.”

Even as science begins to understand the biodiversity of mangroves, new research also shows that ecosystems may be more vulnerable than previously thought.

Another team of scientists recently looked at mangroves around the world to estimate what ecologists call ecological redundancy, or species redundancy, which quantifies how many species perform the same function in a biome — such as pollinating plants, consuming dead organisms or turning sediment by burrowing in the ground. A biome with lower redundancy has less “insurance” that its essential functions will be carried out.

By looking at mollusks, mussels and other invertebrates, the researchers — whose dataset did not include insects — found that even small mangrove patches serve as homes to quite diverse fauna. But they also found that redundancy of these invertebrates is extremely low, meaning that a disruption, even to a small extent, could have profound consequences for the rest of the mangrove ecosystem.

The team examined 16 functional traits of 364 invertebrate species. They looked at how the organisms feed, such as scavenging or feeding on fresh leaves, as well as behaviors such as digging, wood boring and burrowing. In many of the mangrove forests, only one species performed each ecological function.

The scientists say their findings may reveal mangroves to be among the most vulnerable ecosystems in the world.

Yeo, who was not affiliated with the second study, says he believes his work and that of other scientists will help further the knowledge needed for mangrove conservation and restoration efforts.

One clue that emerges here is that plant diversity matters, too.

“For one of our sites, Pulau Semakau, we were able to show that a mangrove that was replanted with a monoculture yielded poorer insect diversity than an adjacent pristine site,” he says. “We hope that future mangrove restoration and rehabilitation efforts would also consider the original floral diversity. This should lead to the better long-term health.” 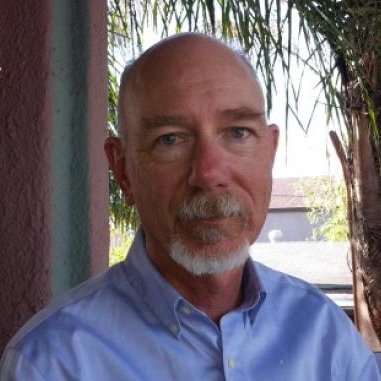 is a freelance writer and native plant horticulturist in Southern California. He holds a master’s degree in environmental science and policy and publishes an environmental newsletter called The Green Dispatch.
http://twitter.com/EcoScripsit https://greendispatch.substack.com/