We look at nature through our all-too human lens, but how does that reflect back on us?

A group of tourists ran up to a lanky ball of fur curled up on a sidewalk at our resort in the Riviera Maya.

Phones and cameras took over the scene and snapped away for a few seconds. People shrieked and giggled, and then they continued walking.

That same monkey kept showing up, and the tourists loved it. I was with them. More than 50 New World monkey species live in Latin America, and that’s exciting when you come from a place like Texas — home to plenty of wild rattlesnakes, but not a single monkey.

One evening, I saw a woman slowly walking around the premises, scanning the area like she’d lost something.

“Have you seen a monkey around here?” she asked me.

I described the one that had been hanging around the resort.

“Ah, yes. He must be getting depressed. He escaped from our monkey sanctuary about five months ago, and it’s getting cold.”

Slightly disappointed that my monkey encounters weren’t actual wildlife encounters, I asked what species it was. She described it as a subspecies of spider monkey.

Turns out they’re not even native to the region. Little did all the tourists know, the monkey fulfilling exotic expectations wasn’t even from around here. And he seemed to miss his tribe.

For my wife and I, it was the first of many encounters with nature throughout our nine-day honeymoon in Mexico’s haven of tourism, ranging from odd to uncomfortable, contrived and unexpected, and — in the end — glorious.

Finding nature was easy, but there was often something about it that felt a tad sterile. Even the “Jungle Maya Tour” we did — which was supposed to be an up-close encounter with the jungle — almost felt more like a stereotypical movie jungle set than raw nature. I looked around at the trails and they were clear of any scattered foliage. Picturesque palm branches looked groomed to symmetry.

And then something else hit me: Where were the bugs?

I asked our guide, a burly guy with rosy cheeks, a red beard and thick Austrian accent.

“Oh they cleared them out about five years ago,” he explained. All it took was sprinkling an “all-natural” powder in the park’s ponds where mosquito larvae hatched and it wiped them all out at once.

Effective, yes, but wouldn’t this mess with the ecosystem?

He insisted that it had no negative effect since it was in such an isolated area.

I also wondered about snakes — after all, I’d heard that 52 species live in the region — and he told me about huge fer-de-lance vipers they used to find. But they also posed too much of a risk to visitors, so they had them relocated.

By this point, I’m sure he sensed that I felt a little uneasy about the whole situation and perhaps even a tad gypped. Then he told me a story about how he had trekked deep into the jungle a few weeks ago for some conservation work, and within minutes he landed in thick patches of ticks that ended up clinging to his entire body. He was also covered in mosquito bites. The jungle isn’t for anyone.

The thing is, everyone loves the idea of nature, but once we see the reality of its pure ferocious majesty, we all beg for that tame Hollywood set again.

Perhaps the jungle just wasn’t the right place to start.

As I write this, I’m stretched across a beach chair, watching tourists wade in the calm, shallow waters of the Caribbean Sea. A couple hundred feet out, a line of buoys stretches around the bay with huge, perfectly rounded rocks stacked just beyond them, each one covered in some type of netting that catches the full brunt of choppy whitecaps. It was a dividing line — the only thing standing between thousands of miles of raw nature and the wee sliver of tamed nature we called “the beach” — like a wall to our safe little cage.

I also found out that many beaches in the area don’t even have natural sand — or, it may be real, but it’s brought in by the truckload from somewhere else. The practice is quite common around the world. That’s because beaches don’t exactly maintain the same shape when they’re being slammed by waves all day. Multiply that process across years and decades, and entire coastlines may soon be unrecognizable. Meanwhile, man-made buildings and other structures are plopped beside these malleable lands. To make that work in the long-run, you’re gonna need some backup sand.

Plus, let’s be honest — humans like their sand fine and free of jagged rocks, and you just don’t find that everywhere. So if you’re the owner of a resort, and your beach isn’t sandy, what are you gonna do?

When we went on a snorkeling excursion on one of the days, we saw a different side of the ocean, beyond our beach’s wall of buoys. A small boat brought us a couple miles out to drop our tiny bodies into the vast open water to explore the world’s second largest barrier reef, the Mesoamerican Barrier Reef.

For some reason, I expected something calm and crystal-clear, like our resort’s aquarium of a beach, but instead, tall waves carried us back and forth and up and down as we tried to keep our focus on the colorful fish and coral below us (which some people complained weren’t colorful enough). I inhaled water a few times and almost vomited twice. Everyone else seemed to get by just fine, but it certainly wasn’t what we expected.

I was starting to get the impression that raw nature didn’t really want us there.

As we continued our excursions, we learned that some raw habitats are better-suited for exploration than others. The most memorable experience of the trip was a snorkeling venture through the Sistema Sac Actun, the second longest underwater cave in the world that slithers beneath earth’s surface for 143 miles, extending hundreds of feet deep in some parts. The Mayas considered it an entrance to the underworld.

On the surface, it was a scene that would make anyone a little claustrophobic — with only one or two feet between us and the stalactites above — but after dipping my face in the water it was like opening up fantasy’s favorite wardrobe, where you’re suddenly granted access to a vast, magical world (but with far fewer lions and witches). Rays of light from the guide’s headlamp shone through turquoise waters, illuminating walls of underwater stalagmites that zig-zagged in every direction, and some parts opened up like the floor had dropped beneath us. I effortlessly floated along, propelled by the gentle wiggle of my feet, and I gazed, wide-eyed, at the beauty around me.

Besides my goggles, there was no filter to the scene. It was about as pristine as nature gets, encapsulated in the earth to keep it that way. In 2007, divers explored the cave system’s depths and found bones of giant sloths, mastodons (similar to elephants), and even the oldest complete human skeleton ever discovered in the Americas — that of a teenage girl who had apparently fallen down its chambers about 13,000 years ago. And she was still down there all this time, preserved in ancient waters.

To be fair, it wasn’t entirely natural — after all, wooden steps led us into the water, and small lights were installed near the entrance — but wow, am I glad humans interfered with this one. My echolocation isn’t quite up to par with the colony of bats we saw, and it would have been a dark and scary swim without lighting.

Back home in the sky

When nine days were said and done, I hadn’t seen a single wild monkey.

Back on the plane, I sat down in my chair in the sky — my second home — and reflected on the trip, looking out the window at the gradient of natural environments below us. I saw strips of land in all shades of greens and blues, which molded into seas and warped with underwater sand dunes that occasionally peaked out as little islands. I saw miles of jungle, and hundreds of resorts carved out of its materials, roads crisscrossing the land, and beaches with shared sands.

I knew that somewhere down there were manatees and dolphins, jaguars and tapirs, snakes that can take you down in minutes, tree frogs and salamanders, and surely, thousands of monkeys — vast webs of life tucked away in ferocious jungles and swimming through mighty seas that simply aren’t suited for man. You can see it through screens, and you might catch glimpses in the parks, or even escaped from the zoo, but without our little filters — without the gear, without the walls and groomed environments — nature’s truly “exotic” side would swallow us whole.

For, at our own natural core, we are only human.

© 2017 Doug Stienstra. All rights reserved. Originally published at Life on a Planet. 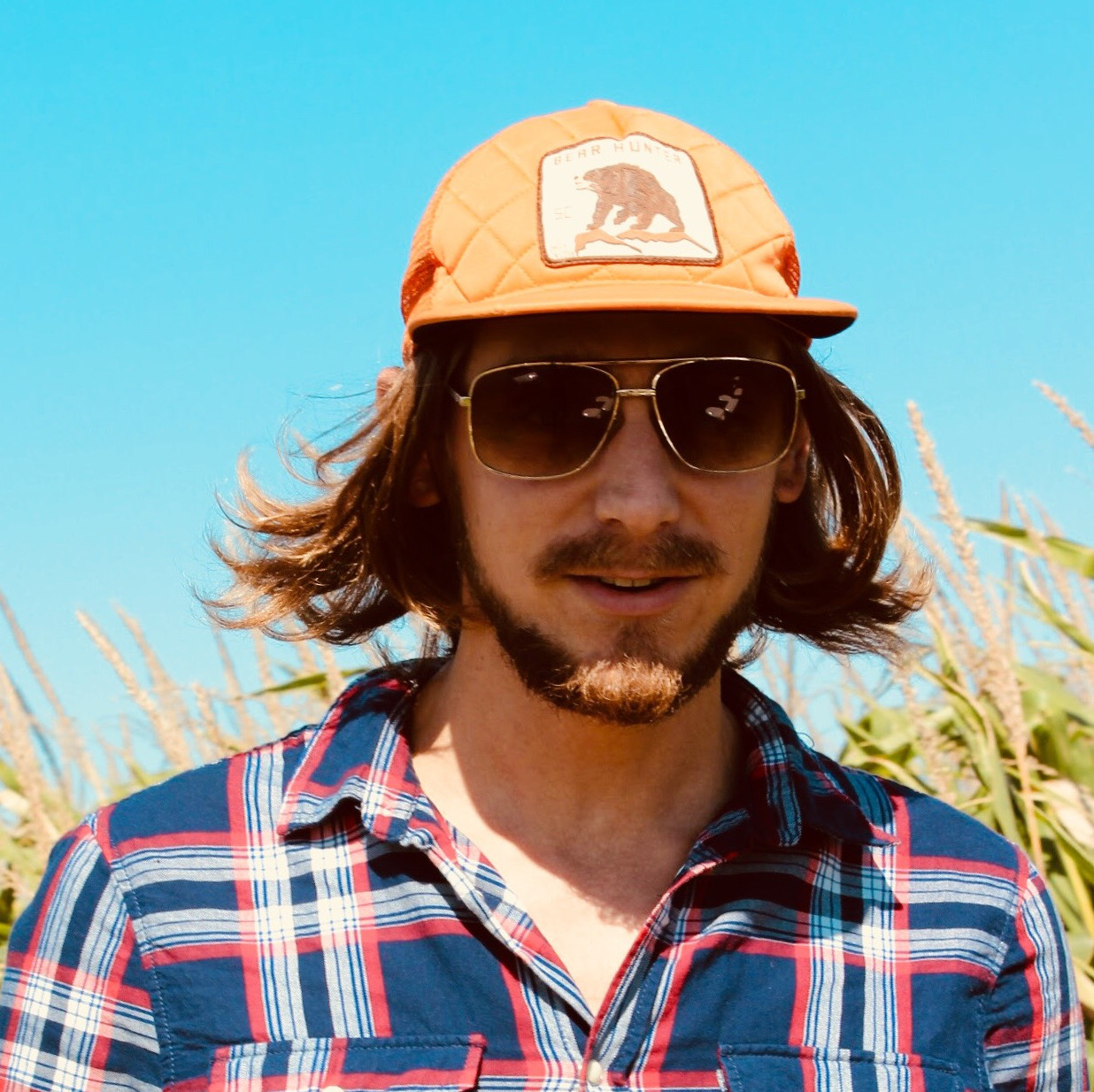 shares big-picture observations about the planet on LifeOnaPlanet.com, maintaining an angle on humans as an animal species living in the Anthropocene. He has an insatiable curiosity and eclectic interests that have led him around the world to study and work, including a one-year stay in Switzerland, two years in Brazil, and extensive travels through five continents.
http://www.lifeonaplanet.com/

2 thoughts on “Life through a Filtered Lens”