Time is running out to save North Atlantic right whales, but the use of ropeless fishing gear could be a lifeline.

Editor’s note: Six North Atlantic right whales died last month — about one percent of the species’ entire population. Two new papers link the rising death toll for these endangered whales to human activity — and things are going to get worse. Additional research published in May finds that climate change is causing right whales to turn up in places they haven’t traditionally swum, putting them in harm’s way. Below, two researchers talk about how to solve this deadly problem.

Many fish, marine mammals and seabirds that inhabit the world’s oceans are critically endangered, but few are as close to the brink as the North Atlantic right whale (Eubalaena glacialis). Only about 411 of these whales exist today, and at their current rate of decline, they could become extinct within our lifetimes.

From 1980 through about 2010, conservation efforts focused mainly on protecting whales from being struck by ships. Federal regulations helped reduce vessel collisions and supported a slight rebound in right whale numbers.

But at the same time, growing numbers of right whales died after becoming entangled in lobster and crab fishing gear, and the population has taken a significant downward turn. This may have happened because fishing ropes became stronger, and both whales and fishermen shifted their ranges so that areas of overlap increased. In research that is currently in press, we show that 72 percent of diagnosed mortalities between 2010-2018 occurred due to entanglements.

This comes after a millennium of whaling that decimated the right whale population, reducing it from perhaps between 10,000 to 20,000 to a few hundred animals today. And entanglement deaths are much more inhumane than harpoons. A whaler’s explosive harpoon kills quickly, compared to months of drawn-out pain and debilitation caused by seemingly harmless fishing lines. We believe these deaths can be prevented by working with the trap fishing industries to adopt ropeless fishing gear – but North Atlantic right whales are running out of time.

Whalers pursued right whales for centuries because this species swam relatively slowly and floated when dead, so it was easier to kill and retrieve than other whales. By the mid-20th century, scientists assumed they had been hunted to extinction. But in 1980, researchers from the New England Aquarium who were studying marine mammal distribution in the Bay of Fundy off eastern Canada were stunned when they sighted 26 right whales.

Conservation efforts led to the enactment of regulations that required commercial ships to slow down in zones along the U.S. Atlantic coast where they were highly likely to encounter whales, reducing boat strikes. But this victory has been offset by rising numbers of entanglements.

Lines and gear can wrap around a whale’s body, flukes, flippers and mouth. They impede swimming and feeding, and cause chronic infection, emaciation and damage to blubber, muscle and bone. Ultimately these injuries weaken the animal until it dies, which can take months to years.

One of us, Michael Moore, is trained as a veterinarian and has examined many entangled dead whales. Moore has seen fishing rope embedded inches deep into a whale’s lip, and a juvenile whale whose spine had been deformed by the strain of dragging fishing gear. Other animals had flippers nearly severed by swimming wrapped in inexorably constricting ropes. Entanglement injuries to right whales are the worst animal trauma Moore has seen in his career.

Even if whales are able to wriggle free and live, the extreme stress and energy demands of entanglement, along with inadequate nutrition, are thought to be preventing females from getting pregnant and contributing to record low calving rates in recent years.

Solutions for Whales and Fishermen

The greatest entanglement risk is from ropes that lobster and crab fishermen use to attach buoys to traps they set on the ocean floor. Humpback and minke whales and leatherback sea turtles, all of which are federally protected, also become entangled.

Conservationists are looking for ways to modify or eliminate these ropes.
Rock lobster fishermen in Australia already use pop-up buoys that ascend when they receive sound signals from fishing boats. The buoys trail out ropes as they rise, which fishermen retrieve and use to pull up their traps.

Other technologies are in development, including systems that acoustically identify traps on the seafloor and mark them with “virtual buoys” on fishermen’s chart plotters, eliminating the need for surface buoys. Fishermen also routinely use a customized hook on the end of a rope to catch the line between traps and haul them to the surface when the buoy line goes missing.

Transitioning to ropeless technology will require a sea change in some of North America’s most valuable fisheries. The 2016 U.S. lobster catch was worth US$670 million. Canadian fishermen landed CA$1.3 billion worth of lobster and CA$590 million worth of snow crab.

Just as no fisherman wants to catch a whale, researchers and conservationists don’t want to put fishermen out of business. In our view, ropeless technologies offer a genuine opportunity for whales and the fishing industry to co-exist if they can be made functional, affordable and safe to use.

Switching to ropeless gear is unlikely to be cheap. But as systems evolve and simplify, and production scales up, they will become more affordable. And government support could help fishermen make the shift. In Canada, the federal and New Brunswick provincial governments recently awarded CA$2 million to Canadian snow crab fishermen to test two ropeless trap designs.

Converting could save fishermen money in the long run. For example, California Dungeness crab fishermen closed their 2019 season three months ahead of schedule on April 15 to settle a lawsuit over whale entanglements, leaving crab they could have caught still in the water. Under the agreement, fishermen using ropeless gear will be exempt from future early closures.

A Rebound Is Possible

The Endangered Species Act and Marine Mammal Protection Act require the U.S. government to conserve endangered species. In Congress, the pending SAVE Right Whales Act of 2019 would provide $5 million annually for collaborative research into preventing mortalities caused by the fishing and shipping industries. And an advisory committee to the U.S. National Oceanic and Atmospheric Administration recently recommended significant fishing protections, focused primarily on reducing the number of ropes in the water column and the strength of the remaining lines.

Consumers can also help. Public outcry over dolphin bycatch in tuna fisheries spurred passage of the Marine Mammal Protection Act and led to dolphin-safe tuna labeling, which ultimately reduced dolphin mortalities from half a million to about 1,000 animals annually. Choosing lobster and crab products caught without endangering whales could accelerate a similar transition.

North Atlantic right whales can still thrive if humans make it possible. The closely related southern right whale (Eubalaena australis), which has faced few human threats since the end of commercial whaling, has rebounded from just 300 animals in the early 20th century to an estimated 15,000 in 2010.

There are real ways to save North Atlantic right whales. If they go extinct, it will be on this generation’s watch. 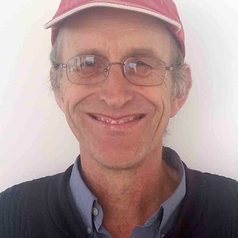 is a senior scientist at Woods Hole Oceanographic Institution. 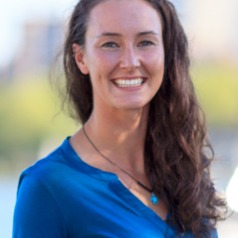