Conservation fences protect nearby forests, but do they leave some people unexpectedly vulnerable?

On one side of the fence is a Kenyan forest, cool and misty due to the high elevation of the peaks and valleys. As you move away from the fence and deeper into the forest, the vegetation becomes denser and lush green light envelops you. Under the forest canopy an ecosystem teems with wildlife, including large mammals such as elephants, cape buffalos, rhinos, and the critically endangered eastern mountain bongo, of which there are thought to be fewer than 100 left in the wild.

On the other side of the fence is a community of families who have historically depended on the forest for their livelihoods. For them the forest contains fuelwood, water, building materials, medicinal herbs, grazing land, honey and game meat. There are even sacred spaces, trees that hold cultural significance, and caves where elders go to slaughter a goat and stay for weeks to pray.

The fence that stands between the forest and the community was put in place by conservation organizations in conjunction with the Kenyan government, in the hope of decreasing forest loss. In recent years human activity such as logging, charcoal burning, and clearing for farming has caused large areas of forests in Kenya to disappear. By surrounding the forest, the fence is meant to conserve the country’s main sources of water and the tourist-attracting wildlife that live in the forest habitat. The fence also keeps wildlife inside the forest instead of in the community, where animals like elephants have been known to destroy entire crops in a single night, leaving families without the food they depend on for survival.

On paper, fencing is a very convincing tool to reach conservation goals. It serves as a physical barrier between humans and forest, of course, but also provides a visual reminder and warning to potential trespassers. With a clear boundary created, the hope is that the forests will remain and recover.

And indeed, in areas where there was once heavy forest destruction there are signs of reduced human disturbances. For example, in some parts of Kenya’s Aberdare Range, where a fence project was completed in 2009, instances of cutting down indigenous trees within the forest to produce charcoal have decreased.

I’ve seen all of this firsthand. For my Ph.D. dissertation I spent the past year conducting research concerning the social impacts of conservation initiatives on forest-adjacent communities in Kenya. Hundreds of household surveys across four forest communities have shed light on the positive and negative effects that fencing of forests has on nearby families.

Local people living near forests in Kenya tell me they are overwhelmingly supportive of the conservation of their forests. Beyond the daily uses for their households, they understand the importance of their forests and the role they play in bringing rain and fresh air.

However, placing a barrier where there once was none has the potential to create unintended negative consequences. In some locations a newly placed fence cuts off a source of water previously used by community members, and households must find water elsewhere. As a result, some of the households end up relying on manmade dams, with stagnant water that’s shared by cattle. In other instances, the placement of a fence has cut off key access routes used to collect firewood for cooking. Women and children who once walked freely only a few meters to reach the forest edge now must walk several kilometers to access the main gate and present a permit to enter. Valuable time is lost that could otherwise be used for earning money or studying for school.

There is an even darker side. In some rare cases, recounted to me at one site during my interviews, the placement of a fence has brought cases of sexual assault to women and girls in the community. With a fence comes new employment for guards, who are hired by the national government and travel rotate to posts around the country. Women who enter the forest, they told me, are vulnerable to sexual assault. Because many of them rely on the forest to provide for their families, they fear reporting in case of backlash from the forest guards. It’s hard to quantify these cases due to the lack of official investigation, but they remain an important issue that needs to be discussed.

As is true in many fields, success stories and positive impacts of conservation plans are eagerly reported, while negative results are less publicized. That lack of publicity doesn’t mean that they have no effect, however. Although these adverse consequences are unintended, the question remains concerning who is responsible for helping to resolve them. Should conservationists and their organizations be involved in following up on the negative effects that occur as a result of their conservation initiatives? When protecting the forest is the main goal, what level of responsibility do these organizations have in preventing and then treating the negative symptoms?

My year of data collection is drawing to a close, and as I prepare to write my dissertation and defend my work, I find myself asking these questions and wrestling with the answers. Conservation is often a field of more questions than answers, more setbacks than successes, and sometimes more challenges than rewards. It is difficult and exhausting to celebrate the new growth of trees that might not otherwise exist if it were not for your effort, while at the same time face the challenge of a family that depends on those trees for their very existence. As conservationists, researchers and nature enthusiasts, we may find that fencing and other tools are useful to protect and restore wildlife and habitats. If we look, we may also find that our conservation tools have unintended negative impacts on vulnerable populations. This is not something to hide from, but rather an opportunity to be transparent and a chance to work toward solutions that demonstrate the value and importance of all forms of life.

A Call to Look and Listen 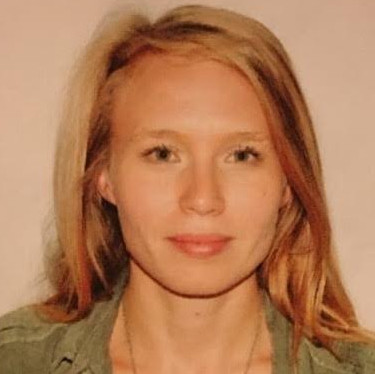 is a Fulbright-Hays Fellow and a PhD candidate at the University of North Carolina in the Curriculum for Environment and Ecology. Since her first visit in 2006, Margit has returned to Kenya over a dozen times for work in archaeology or conservation related projects. Her current research focuses on human-environment interactions in Kenya and the perception of conservation by local residents.
https://www.instagram.com/kenyaimagine

1 thought on “On the Fence”