Conservation requires optimism. These experts share how they maintain it. 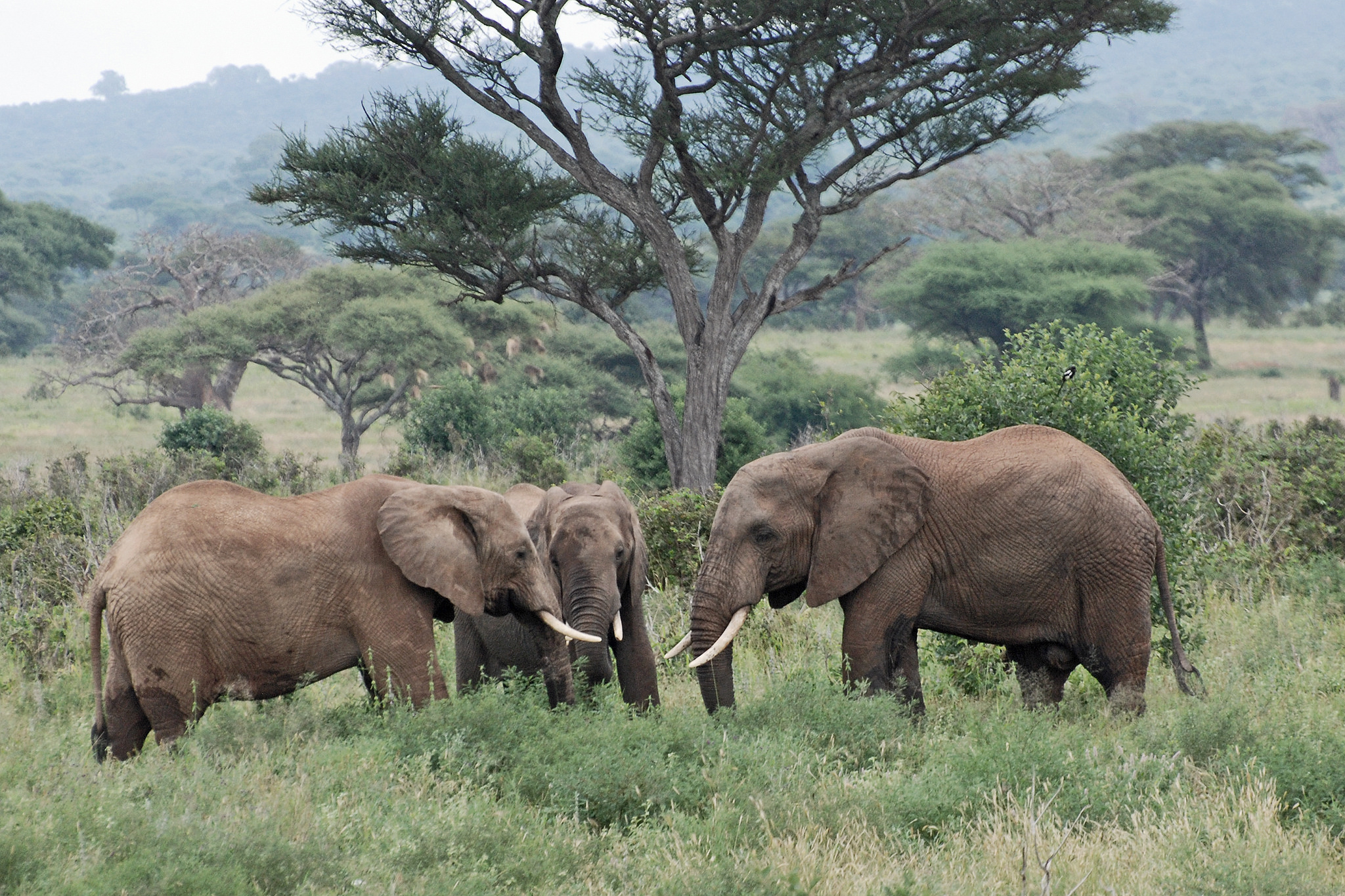 Elephants are being slaughtered for their ivory. A fungus is wiping out the world’s frogs. Ring-tailed lemurs have all but vanished into the illegal pet and meat trades. Creatures big and small are going extinct, and here in the United States the Endangered Species Act itself is constantly at risk of landing on the chopping block. It’s a bleak world in many ways — but is doom and gloom the only possible response?

Quite frankly, no. As someone who has spent the past 10 years reporting on the extinction crisis, I find that the very people who are helping to save endangered species are often the ones who know the best reasons to stay optimistic.

Here, in the first installment of The Revelator’s regular feature “The Ask,” we posed an important question to several top conservationists:

How do you stay positive in the face of the ongoing extinction crisis?

Their answers may surprise you — and offer some inspiration as well. 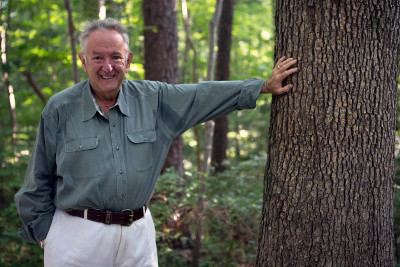 When Al Gore in “An Inconvenient Truth” talks about “a mass extinction crisis, with a rate of extinction now 1,000 times higher than the normal background rate,” that’s the research my group and I do that he’s quoting. Journalists often ask how I get up in the morning, given how depressing is the subject. Well, it’s not what we spend most of our time doing!

Knowing which species are at risk and where allows us to focus on how to prevent extinctions. Conservation science is barely a generation old and the successes are everywhere. The U.S. Endangered Species Act means we can see bald eagles across the continent, peregrines snatching pigeons in our largest cities, and go with so many other tourists to watch whales off both coasts.

Globally, while tropical deforestation remains the principal threat to species, governments have set aside every larger fractions of their land as national parks. Individual species on the very brink of extinction have been saved. And across the critical areas — hotspots — where threatened species concentrate, organizations such as SavingSpecies help local conservation groups buy degraded land to reforest it and re-establish connections between the isolated forest fragments that deforestation has left behind.

Yes, it’s bad, but it doesn’t have to get worse. 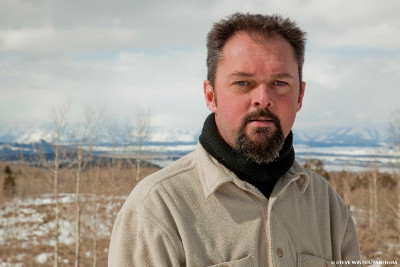 I learned this during my first hands-on experience with big cats, 25 years ago as a doctoral student in South Africa. As the country emerged from its apartheid-era isolation, I started a project to reintroduce cheetahs and lions to areas of their historic range. Great swathes of former ranchlands were rehabilitated, replacing old fences, corrals and cattle with zebras, wildebeest, rhinos and elephants. Once prey populations were replenished, we released the big cats. And they blossomed.

I watched entire ecosystems return to the wild, as reintroduced cats established territories, found mates and raised their cubs — the first generation born to areas that had lost their kind decades earlier. Today, over 50 of these newly created populations collectively protect many hundreds of wild cats where there had once been cows.

The South African project succeeded, in part, because of massive investment in dollars and technical expertise, but cats and their ecosystems can bounce back naturally, if circumstances allow. European colonization of North America drove the mountain lion largely into the remote refugia of the Rockies. As urbanization and growing tolerance has created space for predators, mountain lions are gradually pushing back east, on their own. Similarly, the nations of Western Europe had destroyed all but tiny remnants of their native forest and its wildlife until political stability and a strict conservation ethic emerged after World War II. Recovering lynxes, bears and wolves now live in and around some of Europe’s most densely populated urban areas.

Sadly, there are populations of big cats and their habitats around the world for which such a recovery is probably too late. But for many others, all they need is a reprieve. If we can back off the human pressure — especially the hunting of prey and the relentless persecution of the cats themselves — they will do the rest.  All we have to do is give them that chance.

Marni LaFleur, founder and Director of Lemur Love and an adjunct professor of Anthropology at the University of California San Diego 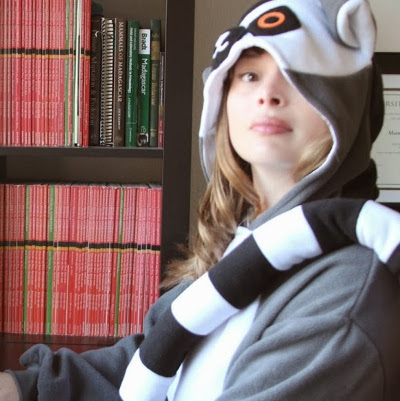 In short, I focus on the individual. My research and conservation work focuses on wild ring-tailed lemurs, an endangered species, and it is important that I know and recognize each lemur that I study and follow. I know what each lemur eats, who they are or aren’t friends with, where they sleep, and I also recognize when things change. If “Pinkie” or “the Hamburglar” weren’t around one day, or if their trees were missing, I’d know; it would matter and I could potentially do something about it.

Of course, I can’t pay this level of detail to large numbers of animals or expansive areas of forest, but by working with like-minded conservationists, together we can tackle larger areas and protect more individuals and species. Focusing on individuals allows be to remain connected to the animals and forests I love and to stay positive despite the overwhelmingly discouraging extinction crisis.

Kerry Kriger, founder and Executive Director of Save the Frogs 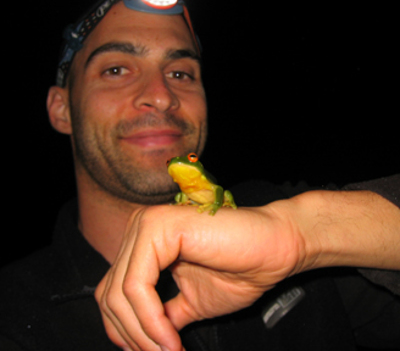 Prior to becoming directly involved in the environmental conservation movement, I was pessimistic about the future of the planet. However, my pessimism was replaced by optimism as soon as I took action and started doing my part to improve the state of the world and the situation for wildlife and threatened species. I have seen firsthand the positive contributions made by a multitude of individuals who dedicate themselves to protecting amphibian populations and promoting a society that respects and appreciates nature and wildlife.

And I have seen the impact I have personally made. I know that there are unending ways in which people can help out, and thus it is not a question of what people can do, it is simply a question of how to motivate people to actually take action. If everybody did their individual part, we could solve most of the current problems faced by endangered species. 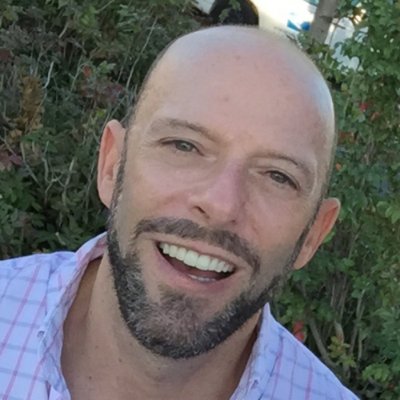 In spite of the various political things going on in the world, in conservation we’ve actually had some good news over the last six months, on international wildlife trafficking and specifically on elephants. First, the CITES meeting in Johannesburg in 2016 represented a real sea change from CITES being seen primarily as a mechanism to promote and regulate trade in endangered species to equally a mechanism for protecting endangered species from unsustainable international trade. And the results were just fantastic, with Appendix I protections for the African grey parrot, humphead wrasse, all rosewood species and many others. And then we had the fantastic Appendix II listings of nine species of mobula rays and four species of shark. That was something that Paul Allen contributed substantially to the effort behind.

We also moved forward a bit on the elephant issue with maintaining the international ban on trade in ivory despite some countries asking that it be lifted. That was followed, not long after, at the end of the year, with the president of China’s amazing announcement that China would close down all of its domestic ivory markets in the space of one year. Many of us expected he would announce the closure, but I think we had expected it would be three years or five years. For him to agree to do it in one year, and since then move on the plan to do that that exactly on schedule, is really exciting. It represents this maturation of China into a society which is becoming more concerned about environmental issues generally, both in China and globally. That’s really exciting for the future of the world. I think if we as a conservation community continue to work with China — occasionally with a stick, but mostly with a carrot — I think there’s every reason to believe that progression can continue. 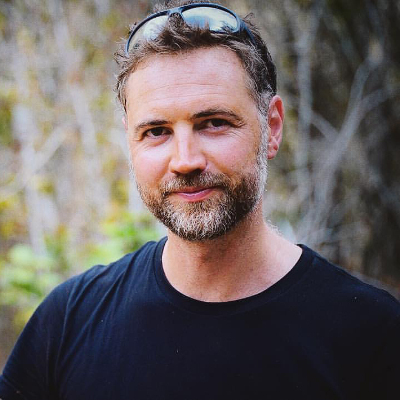 I remind myself often that it is in our nature to gravitate toward narratives that are dystopian or utopian, even though reality usually lies somewhere in between. I seek out narratives that paint a more nuanced portrait of our world, drawn to those with a more optimistic outlook that help keep me positive and motivated. It was with this in mind that we at Global Wildlife Conservation developed the Search for Lost Species as a vehicle for crafting different narratives around the extinction crisis — narratives that are built upon the poignancy of loss but ultimately engender hope and perseverance in the face of long odds.

I am lucky enough to travel to some of the biologically richest places on the planet, to see and hear and feel the symphony of life in its fullest expression, and to be continually bowled over with wonder and awe. I am lucky enough to meet people on the front lines protecting that which they love, and it is the gratitude and inspiration that I draw from these people that ultimately keeps me positive and hopeful.

Join the discussion! Share how you stay positive when thinking about or working to help endangered species by commenting below, or tag us on Twitter at @Revelator_News.

4 thoughts on “The Extinction Crisis is Here. How do We Keep from Feeling Overwhelmed?”