The COVID-19 pandemic put much of the tourism industry on hold. Once restrictions are lifted, we need to be wary of what comes next.

As summer approaches, reports of the return of leisure travel are beginning to emerge following the unprecedented shutdown during the coronavirus pandemic. Many of the world’s most popular tourism destinations have begun to plan an eventual reopening, exploring what their “new normal” will look like.

The COVID-19 pandemic caused most of these sites to fall silent, including one of the world’s busiest cruise-ship ports: the docks on Grand Cayman Island. In April 2020, the global pandemic shut down the island’s port, which normally saw the arrival of dozens of cruise ships and thousands of tourists every month. The Cayman Islands was the only Caribbean nation to voluntarily halt its cruise economy, prioritizing the safety of its residents. Local businesses, hurt by the loss of tourism dollars, have already started going under; iconic local spots that make up much of the community’s social fabric, for tourists and locals alike, are being lost.

Soon, though, the ban on cruise ships will undoubtedly lift, and tourism will slowly return. And when that happens, the residents of Grand Cayman and nearby islands may find themselves worrying about another major threat posed by these cruise companies, one that runs the risk of being drowned out by the disruption caused by the pandemic.

In 2019 the Cayman Islands government announced a plan to move forward on a massive new port project in George Town Harbor, supported by two major cruise-ship operators. Without this project, cruise ships visiting the island must anchor offshore and shuttle passengers back and forth with smaller vessels — an important aspect of the local economy with historic roots in the coastal community.

The new project, estimated to cost $200 million, would allow cruise ships to come all the way to shore by building deep new docks capable of accommodating four cruise ships at a time, each of which could bring thousands of additional visitors to the island, according to the cruise companies and government supporters.

But getting to this point would require dredging 22 acres of George Town Harbor’s seabed, destroying 10 to 15 acres of fragile coral reefs in the process.

If that happens, another vital part of the fabric of Grand Cayman life would be lost.

Given its role in the global financial industry, the Cayman Islands may seem like the last place in the world where rule of law and good governance would be a problem. Yet even here, the ever-growing power of multinational corporations to transform environmental policy is starting to be felt.

It didn’t used to be this way.

As I wrote in my recent scientific study on the Cayman Islands, their effective marine park system has stood out as a model for coral-reef management since it was put in place in the 1980s. This area is known for its vibrant coral reefs, well-protected through the ever-expanding network of marine parks. The Cayman Islands have strict constitutional provisions and laws for protecting coral reefs, as well as international environmental policy commitments. Caymanian history and culture are also closely tied to the reefs. The first dive tourism spots in the Caribbean blossomed from Bob Soto’s little backwater dive shop on “Cheeseburger Reef” into today’s multimillion-dollar dive tourism trade.

Despite the history and good governance, the cruise industry — notably Carnival and Royal Caribbean Cruise Lines — had, prior to the pandemic, announced plans to move ahead with their plans to build the new docking facility on George Town Harbor.

Those docks would devastate the local ecology. A 2015 environmental impact assessment estimated that the project would not just destroy 15 acres of reef but also negatively affect another 15 to 20 acres of adjacent habitat and pose risks to the 26 coral species in the harbor — two of which are critically endangered.

Coral disease and bleaching from elevated surface temperatures have already put the Cayman Islands’ coral reefs on the ropes; this could be the knockout punch.

The cruise companies pushing the infrastructure project have argued that there’s a way to mitigate this damage, but their proposed solution doesn’t hold much water.

They worked with the government on a plan that would pay an engineering company and a Florida-based NGO to relocate every coral lost or replant lab-grown corals in place of the ones they can’t relocate. By my estimation, the partners would need to replant and grow more than 3 million corals to make up for this destruction — triple the stated replanting goal.

The government’s replacement goal is based on the absurd notion that a reef is simply an independent collection of corals humans can easily re-create — a bold assumption, and one yet to be supported at the proposed scale.

The reality is that reefs are slow-growing, highly complex assemblies of living and non-living things that take centuries to develop. This promised “replanting” technology is scientifically unproven at best and greenwashing at worst — meant to soothe the conscience of those troubled by the grave choice to destroy a beloved coral reef with deep meaning to its community.

The government has promised vague jobs and economic benefits if the project is built. And the CEO of Royal Caribbean, Michael Bailey, promises no taxpayer money will be used to pay for the dock.

This is not true. The Caymanian government will hand over $2.32 in tourism taxes per passenger to the cruise lines that it would otherwise collect for the citizens of Cayman. Caymanians are, therefore, paying for this infrastructure, despite mounting environmental problems on the island including a trash pile so large that locals call it “Mount Trashmore.”

There is some hope in this case, thanks to Caymanian community organizing.

Two years ago, Caymanian citizens successfully organized and secured a referendum through a robust people’s movement. Community groups like Cruise Port Referendum Cayman (CPR Cayman) implemented an aggressive ground campaign with no outside financial backing, organized only by volunteers. They focused on educating the public on the risks and uncertainties underpinning this project. Their efforts triggered a public referendum, originally scheduled for Christmas 2019, the first in Caymanian history.

The status of the referendum is currently being worked out in the courts, and it’s important that we pay attention. Currently, prominent members of CPR Cayman are acting as watchdogs to ensure the referendum, if it is ultimately held, will take place in a fair and impartial way. Before the court challenge, activists protested the original referendum, which was intentionally scheduled at the holidays, a time when many are simply not on the island — an incredibly cynical move, since under the Cayman constitution a missing vote counts as a de facto “yes” for the port.

Despite community opposition, cruise corporation leaders are actively speaking out in support of this project’s resumption, with Michael Bayley, the CEO of Royal Caribbean, saying that they will make a decision to resurrect the pier project in the coming months.

That’s why it’s so important that we follow this ongoing case — CPR Cayman makes regular updates to their Facebook page — as local community activists continue to contest the project in court. Should our “New Normal” following the COVID-19 pandemic allow companies to break environmental laws for private gain?

Why do these reefs matter so much? They’re what we would call “democratic reefs,” easily accessed from the shore by the public using free parking lots and open stairs. Multiple generations of Caymanians have taken the quick swim out and snorkeled with their children. One man who spoke up at a 2019 community meeting told the story of how his father, he, and now his son all took the name “Eden” after the iconic Eden Rock Reef, which will be wrecked by this project.

For people like Eden and his family, this isn’t just an environmental issue — this is about social justice. Coral reefs come with benefits for communities. They protect islands from hurricanes, provide food, attract tourism dollars and have deep cultural meaning. Lower-income people feel the loss of these services more intensely than those with more. Will the “replanted” reefs replace natural ones effectively? Or will low-income communities bear the consequences while foreign companies and scientists-for-hire sail home with increased profit? The losses for locals will stack up with eroding beaches erode, exposed homes, empty fishing grounds empty, and an end to their snorkeling trips with their children.

The number of people standing up to this project continued to grow in 2020, even during the pandemic. This drew scorn of powerful government leaders such as McKeeva Bush, the speaker of the Legislative Assembly, who called community organizers “rascals” in public.

What happens next? Premier Alden McLaughlin hinted back in mid-April 2020 that he had grown weary of this dispute, suggesting that the vote will not happen during the current political term due to the pandemic.

That doesn’t mean the port project is dead. It’s just been pushed down the line for the next people who take office. “It will be another government that deals with that,” McLaughlin said. Given the support expressed by leaders in the cruise industry, many believe this project will resume when cruise tourism resumes.

It may seem odd to talk about this while the world is just beginning to emerge from the pandemic, but the attention we pay to COVID-19 may distract us from closely watching corporations that stand to gain from the proposed destruction of coral reefs. This may be the window of opportunity the government needs to quietly move ahead while we’re distracted with recovery.

We must unify as “rascals” to oppose corporations that continue to push their anti-environment agendas forward around the world. We must reject the false promises of scientists-for-hire.

If being a “rascal” means opposing the immoral destruction of coral reefs, consider me a rascal.

I encourage the U.S. public, and the wider world, to hold the cruise industry accountable for these types of immoral bypasses of domestic and international environmental policy. The industry’s shocking record of customer safety amidst the pandemic remains in the news, but this is hardly its only sin. You only need to look to the industry’s poor environmental record in the Bahamas to see what might happen in the Caymans moving forward.

If the reefs are destroyed and the restoration fails or even partially succeeds, the Caymanian people will be left to clean up, while the cruise industry continues to rake in record profits.

It is unethical to destroy coral reefs because they do not belong to us. They belong to everyone, and that includes future generations. If the project goes ahead, I hope that corporate leadership from the cruise industry will explain to young Eden, and other young Caymanians, why they cannot snorkel the reefs that their parents once did. 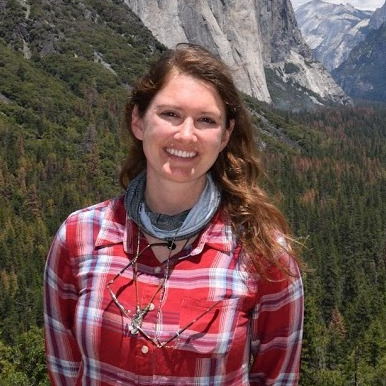 is Assistant Professor of Conservation Governance at Auburn University and a 2020 National Academies of Science, Engineering, and Medicine Early Career Fellow. She received her Ph.D. in Natural Resources from MIT and MSc in Environmental Policy from Oxford and is the author of Managing Coral Reefs (2018), a scientific book on coral reef management.
http://twitter.com/DrKellyHDunning https://kellyheber.com/