Oaks, tulip poplars and hickory trees rise to form the old-growth canopy of the James Madison Landmark Forest, which encompasses 200 acres behind Montpelier, the fourth president’s historic home. In the spring in Virginia, a walk among these giants is warm and breezy. Shade and sun shift, a wood thrush sings, an inchworm wafts midair, and the old woods offer a sense of both escape and belonging.

The James Madison Landmark Forest is one of 65 such areas in 16 states operating under the banner of the Old-Growth Forest Network, an organization that identifies, protects and connects U.S. forests. Founded in Maryland in 2012, the network serves to unify pro-forest groups, tree-loving activists and landowners around the goal of creating a network of accessible old-growth and “future old-growth” forests across the country — one within each county where forest naturally grows. Only forests made accessible to the public and protected from commercial timbering can join the network.

The network is “the only group focused specifically on forest preservation, nationally,” founder Joan Maloof explains to me via email. While other groups focus on forests, she says, they may concentrate on forests within a specific region, with a specific ownership, or on a broader range of conservation areas.

The organization also serves to connect smaller groups. “So many ’Friends of the Forest‘ types groups exist,” Maloof says, “but they have no umbrella group to assist, advise and help with communications. Think of all the land trusts before the Land Trust Alliance. We want to be the organization that helps to network all the smaller groups together.”

She adds that she hopes by working together they can all protect more forests, something that’s much needed. “We’re still losing forest cover and ancient forests,” she says. “That’s unacceptable. Something must be done.”

While planning out the network, Maloof, a professor emeritus at Salisbury University, evaluated the types and distribution of forests across the United States and calculated that out of 3,140 counties, an estimated 2,370 will support forests. In many of these counties, the forests are already located on protected state or federal land. When this is not the case, the network plans to work with cities, local nonprofits and private citizens to establish protected and visitor-friendly forested areas.

For example, Whiteoak Canyon in Virginia’s Shenandoah National Park is already protected and accessible, so the group “merely draws attention to it,” Maloof explains.

At other times forests receive additional protections. When the city of Salisbury, Maryland, was planning to build a ball field in a Wicomico County wooded park — which protects the town’s main municipal drinking well — the network stepped in. It drew public attention to the plan and the community convinced the city to save the forest.

In other instances, potential network forests are protected but not yet open to all; Camp Oty’okwa in Ohio opened its woods trail to the public in order to join.

In some cases, according to Maloof, the network encounters “fear and skepticism” from forest managers who don’t want to be “constrained” by blocking commercial timbering. “Even those in charge of our giant sequoia groves act this way,” she says. “Do we want to constrain what can happen to those forests? Absolutely. They should want that too.” But, she adds, some forest supervisors and managers “get it” and embrace the network immediately.

The Need for Old-growth Forests

As Maloof traveled the United States and studied the history of the land, she learned that only a small portion of the untouched forests remain. According to the U.S. Forest Service, the country contained more than 1 billion acres of forest in 1530. By 2014 that was down to 766 million acres, much of which contained fairly young trees.

In terms of old-growth forests, a 2015 United Nations Forest Resource Assessment found, about 186 million acres of primary or “not significantly disturbed” native forests remain in the United States, down from 257.4 million just 10 years earlier.

Old-growth forests contain trees hundreds or thousands of years old, which typically have wide diameters and create complex canopies. To Maloof these forests are “so much more than trees,” she says. “We need ancient forests as habitat for other organisms as much as we need them for clean air and clean water.”

The loss of old-growth forests is also the loss of powerful carbon sequestration sites.

“Old forests sequester more carbon and more efficiently than any other terrestrial ecosystem,” says Ernie Reed, president of the forest preservation nonprofit Wild Virginia. A study published in the journal Ecology in 2015 backs up this statement. It found the total carbon density in old-growth forests to be 30 percent higher than in younger forests, and dead-wood carbon density to be 1,800 percent higher.

“Highlighting those remnants of old-growth forests that embody a hint of their earlier majesty and diversity is of the utmost importance,” says Reed, in praise of the network’s mission. Wild Virginia runs a grassroots Forest Defense Task Force that allows trained volunteers to participate in forest management and engagement with the Forest Service. Reed thinks habitat fragmentation is the most significant risk to Virginia forests, pointing out forests are often carved “into smaller and smaller pieces” by the creation of energy infrastructure and resource extraction.

Moving Toward the Future

The Trump administration’s actions relating to the environment — including restarting protested pipelines, reviewing national monuments and deleting climate change data — have alarmed many conservationists. Maloof says she is “especially concerned about the current talk of monetizing our natural resources and opening more areas to industry. These natural areas are most valuable just as they are.” 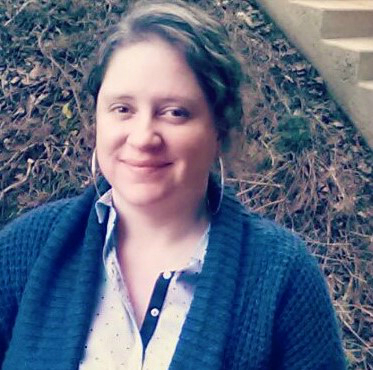 is a journalist, writer and artist. She specializes in writing about scientific and technological innovations, environmental conservation and contemporary art. Her work appears with Earth Island Journal, EnviroNews, Minding Nature and other publications.
http://twitter.com/traversjul https://jtravers.journoportfolio.com/

3 thoughts on “Conserving Forests for the Good of All”