Handlers hope a mutt named Filson can sniff out a pollinator no one has seen in 15 years.

The quest to save a rare pollinator from extinction has just gained an unlikely ally: a mutt named Filson.

A six-year-old Australian cattle dog mix with black and tan fur and oversized ears, Filson will soon join the mission to find the endangered Franklin’s bumblebee (Bombus franklini). The fuzzy pollinator, which no one has observed in 15 years, became a federally protected species this summer.

But before anyone can protect the tiny, underground-dwelling bumblebee, they need to make sure it still exists. That’s not an easy task for human eyes, but it could be a piece of cake for a dog’s nose, says Jennifer Hartman, Filson’s handler and a field scientist from Rogue Detection Teams. The Washington-based company rescues “fetch-obsessed” dogs and teaches them to help track wildlife and assist in conservation research.

“I feel like the sky’s the limit with detection dogs,” says Hartman. “We’re just scratching the surface of what they can do.”

Filson has already helped to survey populations of the endangered Sierra Nevada red fox in Yosemite National Park. Now Hartman hopes to turn his sensitive sniffer to the missing bee.

Entomologist Robbin Thorp first sounded the alarm about the Franklin’s bumblebee’s precipitous decline in the 1990s. He was the last person to spot the insect in the wild in 2006 and coordinated annual searches until his death in 2019.

“Our bees just weren’t ready for this,” says Jeff Everett, a biologist with the U.S. Fish and Wildlife Service. The pathogen’s arrival coincided with a dramatic increase in the use of certain pesticides, particularly neonicotinoids, which Everett calls “extremely bad news for our pollinators.”

Even before its decline, Franklin’s bumblebee was only found in the Klamath-Siskiyou region in Northern California and southern Oregon — the smallest range of any bumblebee in the world.

“Why they were so narrowly endemic was the big question [biologists] were exploring when [the bees] basically disappeared from landscape,” says Everett, who is leading search and recovery efforts for Franklin’s bumblebee.

Since 2006, agencies, NGOs, and landowners have joined the quest. Following Thorpe’s lead, they focus on high-quality habitat where the bee has been found before. The annual effort culminates with a “bee blitz” on Mt. Ashland in late July, when worker bees of many species are foraging in the flower-strewn meadows.

Even if Franklin’s bumblebees are still around, the odds of finding one are pretty low, says Everett.

“You’re looking for something that is small and rather cryptic and constantly on the move,” he says. “You could be looking in one direction at flowers right in front of you and [the bee] could be right behind you.”

That’s where the dogs come in.

Sniffing Out the Truth

Heath Smith, director and lead instructor at Rogue Detection Teams, believes dogs are only limited by our capacity to communicate what we want them to do.

“We’re not dog trainers,” says Smith. “It’s more about working together, learning how to communicate, and being there to lend support.” Smith seeks out so-called hopeless cases at animal shelters for his team of “Rogues.” After learning together at their facility in Rice, Washington, the dogs partner with human field scientists — called “bounders” because they’re bound to the dogs, the detection method and ecosystems — on field conservation projects from Africa to the Sierra.

Oregon silverspots, which inhabit coastal meadows from Washington to northern California, were first listed as endangered in 1980. Unlike Franklin’s bumblebee, their primary threat is habitat loss.

Deanna Williams, a biologist for the U.S. Forest Service, wanted to know why. The first thing she learned: There were gaping holes in what entomologists knew about the species. Because they had only studied adults, they didn’t have basic information such as where caterpillars pupated or how they avoided predation.

“How can we address this population decline when we haven’t been able to study 90% of their life cycle?” says Williams.

She had witnessed how effective dogs were at finding scat of the elusive Humboldt marten, so in 2015 she approached Smith about using Rogue’s dogs to find Oregon silverspot larvae.

The Secret’s in the Poop

Until then, the smallest animal the Rogue dogs had worked with was a Pacific pocket mouse. Young caterpillars are no larger than grains of rice. Adding to the challenge, Smith couldn’t use live caterpillars for training without a special permit from the Fish and Wildlife Service. In the meantime, the zoos provided him with frass, or caterpillar poop.

When Smith first offered the pepper-sized frass for detection dog Alli to sniff, she exhaled through her nose and the flecks puffed away. So Smith adhered frass to pieces of tape and stashed them around the training area “like little caterpillar latrines.” Soon after, he and Alli joined Williams on Mt. Hebo, in northwest Oregon.

That day was “insanely hot,” Williams recalls. In the first meadow, Alli didn’t indicate any frass. But at the second site, which was cooler and shadier, Alli signaled several times.

Finding frass in the field is impossible for humans, so Williams studied the vegetation and found violet leaves that had been nibbled in a distinctive pattern. Alli signaled at several more sites that day.

“She would take us to the margins of shrubs and meadow edges, and the seaward side of these little knobs which receive a lovely cooling wind from the ocean,” says Williams.

The areas where Alli had indicated were the only places researchers saw adult butterflies that year.

“It really opened my eyes,” says Williams. “[I realized] we’re in a changing world, and we have to make sure we provide enough microclimates so they can survive and adapt to changes in the weather.”

Their work caught the attention of Karen Holtrop, a biologist for the Olympic National Forest who monitors for Taylor’s checkerspot. Though easier to spot than Oregon silverspot, the larvae are still tiny, their habitat steep and rocky, and the window for finding them short.

Holtrop obtained permission to use larvae to train the dogs. Rogue dog Pips found caterpillars in the field almost immediately.

“Pips even found a small larva curled up in the soil under some duff,” says Holtrop. “There’s no way we would have found that.”

Soon after, Williams finally obtained permission to work with live Oregon silverspot caterpillars, and in 2021 Pips detected larvae — the first scientific observation of the species’ larvae in the wild in 40 years.

The dogs’ success with butterflies prompted Everett to test them on bumblebee nests.

Like many bumblebees, the Franklin’s bumblebee life cycle begins in the spring, when queens emerge from hibernation and start new colonies in abandoned rodent burrows and other depressions in the ground.

“We know they nest underground, but why they choose one hole from another is a mystery,” says Everett. “Part of the reason we don’t know much about queen ecology is because nest sites are notoriously hard to find. If we knew more we could do more to protect that habitat.”

Learning about one species could also inform their understanding of others. For example, rusty patched, western and Franklin’s bumblebees are closely related, and all have suffered declines.

Bounder Jennifer Hartman has partnered with Rogue dog Filson on the bumblebee project. It’s a bit of a “chicken or the egg” problem, she says.

“In order to teach Filson the odor, we need bumblebee nests in the wild,” she explains.  But because they don’t know where Franklin’s bumblebee nests are, or if they even exist, they’re starting by introducing Filson to lab-grown Western bumblebee nest material. Next spring, Hartman will see if he can locate bumblebee nests of any species that people have flagged in their back yards or on public land. Once Filson links finding a nest with a reward — play time with his cherished red ball — Hartman will take him into the field.

She’s confident Filson is up for the task.

“I think we can all agree that dogs can find the scat of myriad species in the wild,” says Hartman. “But when you start to think about caterpillars, or viruses on plants, or invasive species at different stages in their life cycle, that’s when you really start to see the power of the nose at work.”

If they can add endangered bumblebees to this impressive list, it will be a boon not only for the Franklin’s bumblebee, but pollinator conservation in general. 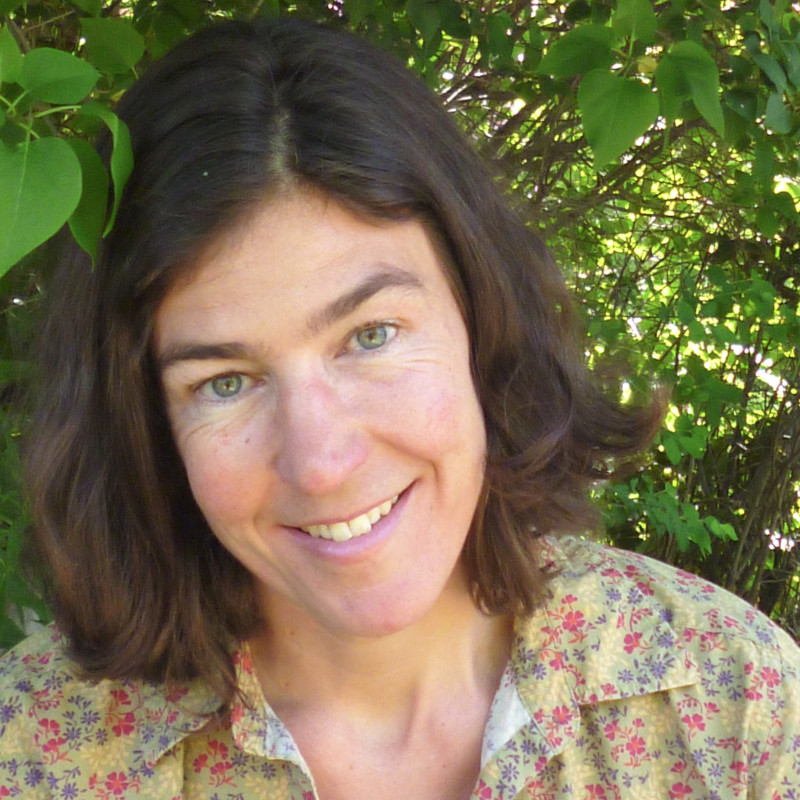 is a freelance writer based in southern Oregon.
http://twitter.com/JulietGrable http://www.julietgrable.com/