Transforming large swaths of the tropics into farmland could render almost one-third of wildlife there extinct, new research suggests.

From the Amazon rain forests to the Zambezi floodplains, intensive monoculture farming could have a severe adverse impact on wildlife around the world.

Wildlife would disappear most dramatically in the remaining forests and grasslands of Latin America and Sub-Saharan Africa. The greatest species loss would occur in the Peruvian Amazon basin where as many as 317 species could vanish as a result of agricultural development.

As a doctoral researcher at Humboldt University Berlin, I studied human food consumption, land use and how they affect wildlife. Our research was published July 17 in Nature Ecology and Evolution.

While human population has doubled since 1970, the number of birds, mammals, reptiles and amphibians have dropped by more than half. At its root, this widespread environmental destruction is a result of our growth as a species and increasing food consumption to sustain ourselves.

Although climate change casts a shadow over future conservation efforts, farming is the number-one threat to wildlife. We have already altered some 75 percent of the ice-free land on this planet. If we continue along our current course, we will need to double our crop production to feed a growing world population that demands more resource-intensive foods such as meat and dairy.

Our research shows that Sub-Saharan Africa is particularly at risk of harmful agricultural development. This region is at the crossroads of economic, demographic and agricultural growth, and minimizing potential effects of agricultural change there is an urgent challenge.

This becomes more worrying when considering the percentage of land that is currently at risk (i.e. natural but arable) and not protected against future development. Four-fifths of the regions we identify at risk of farmland expansion in Sub-Saharan Africa are unprotected. This is less than half of the 43 percent protected in Latin America.

Some may mistakenly believe that protecting land from farming is about preserving wildlife habitat while local people go hungry. But it’s not a binary choice. Instead, the goal is to ensure an ample supply of nutritious food while at the same time conserving the most biodiverse and unique places on Earth. This is possible if we try. Knowing in advance what areas are most at risk allows us to better plan for a more sustainable future.

We need to increase awareness of agro-ecological farming methods and secure local people’s land-holder rights — a crucial step to preventing large foreign corporations from buying up land for monoculture farming.

Communities adopting agro-ecological techniques is a win-win solution that goes a long way towards sustainably feeding the world without pushing wildlife towards extinction.

Current large-scale conservation schemes are based on factors that include past habitat loss and the threatened status of species, but none include the potential for future land-use change. We need to do a better job of predicting future pressures on wildlife habitat, especially because timely conservation action is cheaper and more effective than trying to fix the damage caused by farming. Our research takes a step in this direction.

We also show which countries could do with more support for conservation initiatives to protect land and find ways to sustainably grow food. Suriname, Guyana and the Republic of the Congo are just a few examples, as well as a number of countries in Latin America and Sub-Saharan Africa that are at the center of high agricultural growth, low conservation investment and very high numbers of species that could be lost due to agricultural development.

Since most agricultural demand comes from richer nations, those countries should provide education and support for sustainable farming methods and locally led conservation efforts.

What can you do?

All of this raises the question: How can we eat well without harming wildlife? One simple step we can all take right now that would have a far greater impact than any other (aside from having fewer children): Cut out the grain-fed beef.

The inefficiency of feeding livestock grain to turn them into meals for humans makes a diet heavy in animals particularly harsh on the Earth’s resources. For example, in the United States, it takes 25 kilograms of grain to produce one kilogram of beef. Pigs have a grain-to-meat-ratio of 9:1, and chickens are 3:1.

Imagine throwing away 25 plates of perfectly good food to get one plate of beef — the idea is absurd and would likely be news if done en masse. But that is precisely what we are all unknowingly doing by eating resource-intensive meat. Articles on food waste seem half-baked when keeping in mind the bizarre grain-to-meat ratio of many of our most popular meats.

There are ways in which farmers can raise livestock with little to no environmental damage, particularly when land is not overgrazed and trees remain on the landscape. Indeed, in some remote areas grazing cattle are a crucial source of food and nourishment. Unfortunately, the industrialized feedlot model that relies heavily on grain makes up the overwhelming majority of the meat in your supermarket. That is the kind of farming that our research investigates.

To make matters worse, the grain we feed animals is the leading driver of deforestation in the tropics. And it’s a hungry beast: our cows, pigs, and poultry devour over one-third of all crops we grow. Indeed, the grain we feed to animals in the U.S. alone could feed an additional 800 million people if it were eaten by us directly — more than the number of people currently living in hunger.

Livestock quietly causes 10 times more deforestation than the palm oil industry but seems to get about 10 times less media attention. While it’s certainly true that avoiding unsustainable palm oil is a good idea, avoiding eating animals that were raised on grain is an even more effective conservation tactic.

Feeding the world without damaging nature is one of the greatest challenges humanity faces. But with a little foresight, better land governance and some simple meal changes, many of the solutions are at arm’s length.

For wildlife’s sake, go forth and enjoy your veggie burgers. 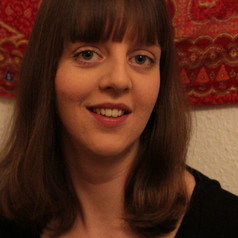 is a researcher in conservation decision science and land use at the University of Victoria.