A Pacific bluefin tuna off the coast of California. (Photo by Tom Benson, CC BY-NC-ND 2.0)

The Pacific bluefin tuna is vulnerable to extinction and yet fisheries managers may vote to increase the number that can be caught.

Pacific bluefin tuna remains a species at risk. Despite a 2017 agreement on a rebuilding plan by countries that catch the species, overfishing that began nearly a century ago continues, leaving this highly valuable fish at less than 4 percent of its historic size — and vulnerable to extinction.

When the managers responsible for Pacific bluefin tuna meet Sept. 2-6 in Portland, Oregon, they must reject proposals from Japan and South Korea that would raise quotas and put the future recovery of the population at risk. Instead, the decision-makers from the Western and Central Pacific Fisheries Commission and Inter-American Tropical Tuna Commission, which jointly manage the species, should exercise caution, not increase catch limits, and focus on long-term sustainable management of the fishery.

The rebuilding plan that was passed just two years ago aims to return the species to 20 percent of its historic size by 2034. Japan’s proposal calls for increasing the catch of both juvenile and adult Pacific bluefin, and comes even after countries rejected a similar proposal from Japan last year. Any increase in catch quotas would exacerbate overfishing and delay or derail the chances of a recovery. Additionally, recovery depends on an increase in recruitment — an estimate of the number of new fish entering the population in a given year — but signs point to a possible decrease in recruitment last year. Managers should wait for the results of an official stock assessment, scheduled for next year, to confirm if the plan is working before even considering raising the bluefin quota.

Effective management should be based on responsible, sustainable quotas and stock assessments that account for uncertainty, not on overly optimistic expectations that recruitment will increase and then remain high. The constant back-and-forth on quotas for Pacific bluefin reinforces the need to agree on a science-based, precautionary harvest strategy that is tested in computer simulation. Modernizing bluefin management in this way will result in a more automated, transparent, predictable — and effective — system that moves away from contentious yearly debates to more forward-thinking, strategic planning.

Long-term, sustainable, international management is the last hope that any gains in the Pacific bluefin population won’t be immediately reversed by future decisions prioritizing short-term profit. At this year’s meeting, managers and the countries that depend on a healthy Pacific bluefin population must demonstrate their commitment to science-based, precautionary management by maintaining the established rebuilding plan and making progress by adopting a robust and sustainable harvest strategy for the species.

This story was originally published by The Pew Charitable Trusts. 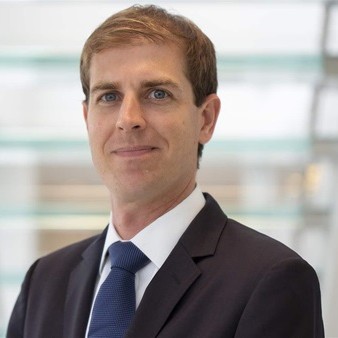 is a manager with The Pew Charitable Trusts' international fisheries team.