Kevin Laurie had always been “a fossil nut.” He even courted his wife with outings to quarries to scout for fossils. Originally from the United Kingdom, he spent 30 years working as a police officer in Hong Kong and devoted his time off to fossil hunting around the world. Then, one day about 13 years ago, while walking a local Hong Kong beach, he spied a familiar shape among the shells and stones left by the retreating tide. It was a primitive-looking creature he had only seen in German fossil beds: a horseshoe crab.

In all those years in Hong Kong, he’d never seen one before.

Five decades ago, Laurie soon learned, Hong Kong’s shoreline had teemed with breeding horseshoe crabs each spring. Since then, many horseshoe crabs have been swept from the sea as the bycatch of industrial fishing trawlers. “Now, if I see ten mating pairs in a year, it’s an incredible year,” he says. “What’s happened in Hong Kong is so sad, and it’s a microcosm of what has happened all over Asia.”

A ‘Living Fossil’ Hangs On

What Laurie found that day was truly a living fossil. The four species of horseshoe crabs that exist today remain virtually unchanged from similar species found in 200-million-year-old fossils. They’ve been on Earth so long that the continents have shifted beneath them, says Mark Botton, a co-chair of the IUCN Species Survival Commission Horseshoe Crab Specialists Group and a biology professor at New York’s Fordham University. Today one species is found in North America, on the East Coast of the United States and Mexico’s Yucatan Peninsula, and three in Asia.

Laurie’s find that day changed the path of his retirement and may have changed things for Asia’s horseshoe crabs as well. He asked local and regional experts so many questions about horseshoe crab conservation that they invited him to the first international Asian horseshoe crab conference, held in Hong Kong in 2011.

At the time, the scientific information about Asia three horseshoe crab species — the tri-spine horseshoe crab (Tachypleus tridentatus), the coastal horseshoe crab (T. gigas) and the mangrove horseshoe crab (Carcinoscorpius rotundicauda) — was so scattered that the IUCN Red List, which tracks the extinction risk of species around the world, simply listed them as “data deficient.” Although experts recognized they had become rarer, no one knew how many remained or how they were faring. By the end of the 2011 conference, the attendees agreed that they should prioritize upgrading the listings for the three Asian horseshoe crab species to understand their conservation needs.

Laurie volunteered to gather the existing research and write a report on each species. The first species the group targeted was the tri-spine horseshoe crab, the largest and most widespread in Asia.

“I thought it would be easy, because I didn’t think there was much information available,” Laurie recalls. “It was more difficult than I thought.”

In fact, it took almost a decade.

Some Threats in Common

The plight of North America’s single horseshoe crab species has gotten more attention than concerns about the world’s other three, but all four face similar conditions.

The American horseshoe crab was once numerous enough that its eggs fed migrating waterbirds, particularly the red knot, all along the East Coast. The mass of horseshoe crabs coming to shore to lay their eggs each spring also created a pulse of food for fish, crabs and other animals.

“When horseshoe crabs are no longer abundant, you see a decline in all those species,” says Jennifer Mattei, a biology professor at Sacred Heart University in Fairfield, Connecticut and a member of the horseshoe crab specialist group.

Today the American horseshoe crab is struggling because of sea-level rise, beach erosion, sea walls and other methods of armoring the coastline, and harvest for bait.

A horseshoe crab’s blue-hued blood contains a unique substance that coagulates in the presence of bacterial contamination, making it ideal for testing medical devices and pharmaceuticals. Anyone who’s received a vaccine — including the millions of people who have so far benefited from COVID-19 vaccines — has benefited from bacterial tests made from horseshoe crab blood.

A laboratory-made substitute was invented 20 years ago, but was only recently approved for use in Europe, Japan and China. In the United States, its use faces additional regulatory hurdles.

Blood Is Life (or Death)

In the United States, biomedical companies take about a third of a horseshoe crab’s blood and then return the still-living creatures to the ocean within days of being caught. The Atlantic States Marine Fisheries Commission manages American horseshoe crab harvests.

There, biomedical companies rent horseshoe crabs to bleed from industrial suppliers, says Glenn Gauvry, president of Ecological Research & Development Group, a nonprofit conservation organization based in Dover, Delaware. “If they survive, they are sold as food. If they die, they are ground up for fertilizer or Traditional Chinese Medicine,” he says. “The whole animal is used. It’s not going back to the wild.”

That adds up. “Even though Asian horseshoe crabs serve only 20% of the BET [bacterial endotoxin test] market, it leads to 100% mortality” for Asian species, says Akbar John, a molecular ecologist and horseshoe crab expert at the International Islamic University Malaysia in Kuantan, Malaysia.

Whether the demand from COVID-19 research or vaccine manufacturing has increased the harvest of horseshoe crabs in China is difficult to tell.

With three species spread out over 15 countries — including Japan, China, Thailand, Malaysia, Indonesia and Vietnam — everything about the horseshoe crab’s conservation status in Asia is more complicated than it is in North America.

When he started his project in 2011, Laurie found that there actually was extensive research on horseshoe crabs from both Indonesia and China — it just hadn’t been translated into English.

After a lengthy process of translating, compiling and revising the data, followed by evaluation by the IUCN, the tri-spine horseshoe crab was added to the IUCN Red List as an endangered species in 2019.

Of course, “simply listing something on the Red List doesn’t impose restrictions,” says Botton. “It’s not like a listing under the Endangered Species Act in the States, where it carries certain legal ramifications.” It’s more of a tool to help governments decide how to manage species.

China placed the crabs on the list’s second tier, which offers a lower level of protection than tier-one species like the giant panda, but it’s still a big step forward.

With so many different countries, each with their own horseshoe crab management strategy and level of zeal for enforcement, range-wide protection for species would be more effective than the current country-by-country strategy. John, Botton, Laurie and others are working toward having Asian horseshoe crabs listed on the Convention on International Trade in Endangered Species treaty, known as CITES, which could place limits on how many individuals a country could export or import — or even prohibit trade.

In the meantime, John says, it’s a lot easier to get a biomedical company to change what kind of bacterial endotoxin test it buys than to get people to stop eating a favorite food. He’d like to see governments use tax credits to encourage biomedical companies to buy the lab-made toxin test or have it count toward corporate environmental responsibility.

John says companies can also use less horseshoe crab blood by using sensitive instruments to measure the blood’s reaction to toxins instead of relying on the standard visual method of turning over a test tube and seeing if the gelled blood sticks to the bottom.

But there are solutions outside industry as well. Citizen science projects, such as a program in Hong Kong schools where students raise horseshoe crabs and release them, introduce the next generation to conservation issues, John says. Other citizen science projects engage fisherman, who can play a big role in horseshoe crab conservation through their actions and influence in their communities.

The fishermen help in other ways, Laurie says. In his Hong Kong neighborhood, they know that if they accidentally catch a horseshoe crab, they can call him to come and free it.

To Laurie, even small gestures matter.

Right now he’s gathering research for the report to update the Red List entry on the second of the three Asian species, the mangrove horseshoe crab. Once again, it’s no small task. So far he’s examined scientific literature in 11 different languages and dialects.

“I see a bright light at the end of the tunnel,” he says. “It’s just going to take us a long time to get there.” 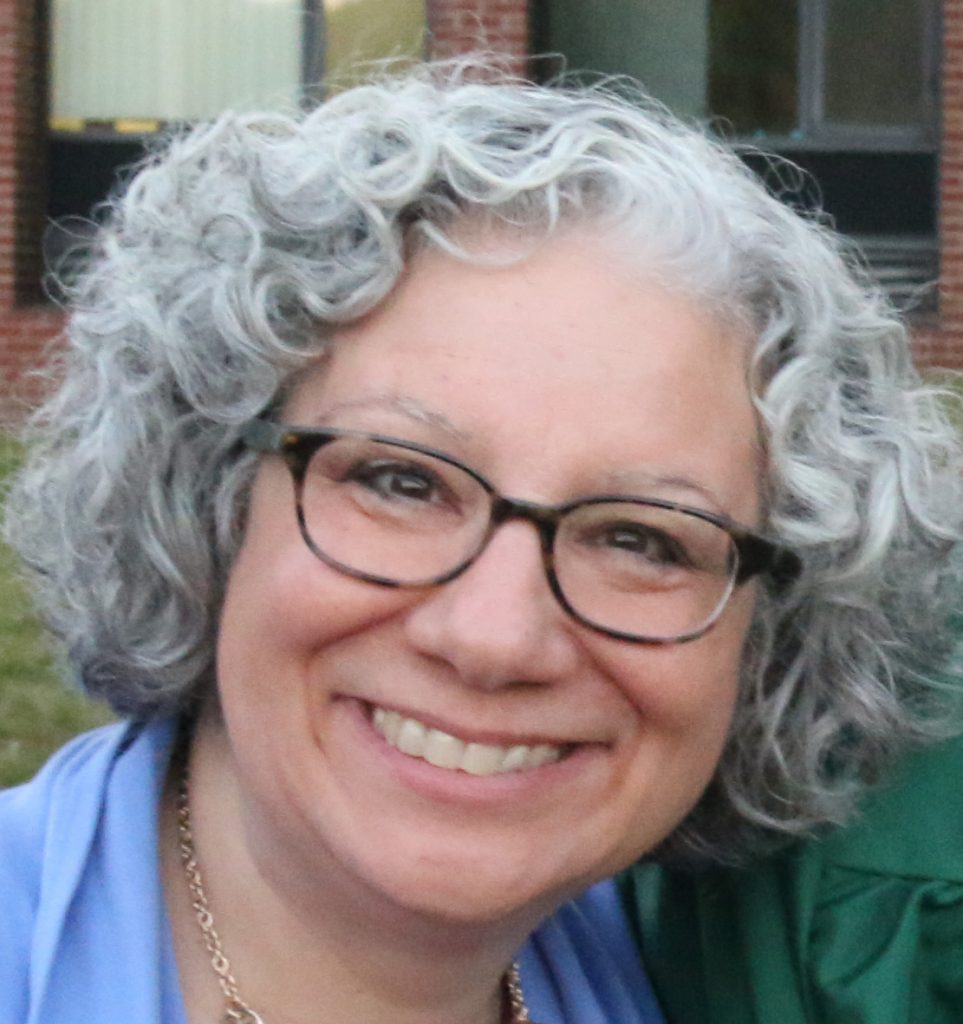