Transportation is climate enemy number one in the United States, producing more carbon pollution than any other part of the American economy.

In fact the U.S. transportation system is responsible for more greenhouse gas emissions than the entire economies of France and the United Kingdom combined. The average American drives roughly 10,000 miles a year, and too many of our vehicles are inefficient, burning gas like there’s no tomorrow. And because of the way we’ve built our communities and our lack of investment in public transit, most of us have few alternatives but to drive.

Despite the urgent need to act on global warming — and the fact that transportation is a leading source of air pollution that makes us sick — the federal government continues on its plan to roll back clean-car pollution standards.

To effectively address global warming, we need to change how we get around. We need big, ambitious goals to transform transportation and the means to achieve them.

A good place for policymakers to start is by following a three-point plan my organization, Environment America Research & Policy Center, outlined in a newly released report, Destination: Zero Carbon. The report provides three major strategies we need to follow to transform transportation in America:

Given the number of miles Americans drive, shifting from gasoline-powered to electric vehicles is essential. To get this right, we need both incentives and infrastructure.

Ambitious states have already started the transition. In Connecticut, for example, the EVConnecticut Electric Vehicle Charging Station Incentive Program has helped to fund 336 charging outlets at 214 locations, for both the public and private sector. A similar program in New Jersey awards charging-station grants through the state’s “It Pay$ to Plug In” program. And on the West Coast, California, Oregon and Washington, along with British Columbia, have collaborated on the “West Coast Electric Highway,” an extensive network of fast charging stations every 25 to 50 miles along major roadways. That will make it easier for folks to get around in electric cars. Other states need to follow or expand upon these models.

We can’t be content just with electric automobiles. All modes of transit must be powered with clean, renewable energy: In Virginia Gov. Ralph Northam announced an initiative last year to use $20 million from the Volkswagen Environmental Mitigation Trust to reimburse school districts for investments in electric school buses and charging infrastructure.

That’s just a drop in the bucket, but it’s a start, and it’s been echoed by communities across the country.

The least-polluting car is the one we don’t drive in the first place. We need to give more people the option to travel by foot, bike and public transit — more programs like those adopted by almost 1,500 communities across the country that have “complete streets” policies aimed at making streets safer and more accessible to people using a variety of travel modes. These features include raised medians, protected bike lanes and bus rapid-transit systems.

How we take these goals to the next level may depend on the actions of some of the country’s top state leaders.

This spring policymakers in the Northeast and Mid-Atlantic will have the opportunity to take a big step toward meeting visionary goals and helping to solve the climate crisis. Governors from Maine to Virginia are part of a regional collaborative called the Transportation and Climate Initiative, which is considering a multistate policy to clean up transportation.

When it comes to the climate crisis, no state will solve the problem alone. That makes it important for states to collaborate and join forces to cut as much pollution as possible from the source. The strategies that this regional consortium puts forth can serve as examples for places across the country that need to prioritize cutting transportation pollution immediately.

The Transportation and Climate Initiative would create direct investments in clean solutions and help to forge a modern, healthy transportation system. It would get electric vehicles and chargers on the road, speed the electrification of the bus fleet, and expand non-driving options to get around.

Now is the time to act. Earth just had the hottest January ever recorded, and our climate will keep warming unless we accelerate our progress now. If supporters of the Transportation and Climate Initiative embrace and implement these strategies, it would offer important insights to the rest of the country on how to address the transportation crisis.

But full implementation of the initiative is far from a sure thing. The final memorandum of understanding is expected later this spring. At that point each governor in the region will have to decide whether to lead the way to zero-carbon transportation or get left in the dust.

We’re calling on governors to act through the Transportation and Climate Initiative. States and communities can, and should, take additional steps on their own, but the collective power of this larger, regional effort has the potential to produce real, deep change. 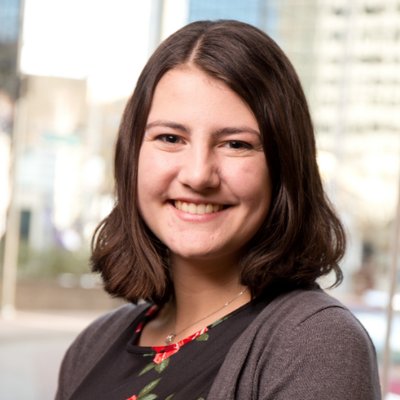