It all boils down to diluted language that minimizes the perception of how we’re devastating our rivers and other bodies of water.

In the 1870s the colonizing American government rounded up “Indians” and put them in boarding schools and forced them to learn English. The American government knew one thing: If you take away a person’s language, you take away their culture and their soul. It’s the first and most important step of colonization and a necessary type of violent oppression. If you want to subdue people and landscapes and cultures, you must first describe and define them in the words of the oppressor and colonizer and teach them to use those words.

Environmentalists are losing the “water wars” because they have had their language stolen — they are taught to use the language of their oppressor, and they often repeat that story, and thereby oppression, constantly in their communications.

My first exposure to this problem was more than a decade ago when I was in a meeting with the head of a government organization that wanted (and actually still wants) to build a dam on the Cache la Poudre River in northern Colorado. I was complaining that the river was already being drained by dams and diversions, and he replied to me and said that what was actually happening was that “senior water-rights holders had ‘swept’ the river.”

They weren’t “farmers” or “cities,” which are actual people who are harming the river — they were “senior water-rights holders.”

They weren’t “draining the river.” They had “swept” it, as if the complete draining and destruction of the river made it cleaner.

Over the years I collected these words, metaphors and euphemisms because they’re repeated by the water agencies and establishment — I call them “water buffaloes” — and often by the environmental groups that work hand-in-hand with them. Here are just ten examples of a whole institutionalized and legalized system of linguistic and cultural oppression describing river destruction:

If you are a professional environmentalist and trained in water law or hydrology, you’re taught this language in college and law school. At work, you repeat it day after day in meetings, phone calls and emails. The water buffaloes like this because you use their language, and they invite you to their meetings and give you a seat at the table. At best, the language sanitizes the destruction of living rivers and entire nonhuman life forms. At worst, the language solidifies the systemic, institutionalized oppression of living rivers and the people who protect them, thereby stealing your culture and your values.

When Aldo Leopold paddled through the 2-million-acre wetland of the Colorado River Delta in 1922, he said the river was “everywhere and nowhere” and described it as a “milk and honey wilderness” full of “hundreds of lagoons” containing “deer, quail, raccoon, bobcat, jaguar and vast flocks of waterfowl.” Now the Colorado River Delta is almost 100 percent drained, and the small effort to restore it is often described with bland scientific terminology. The tiny amount of water that the United States and Mexico are allowing to be pumped into the “restoration zones” is measured in “acre-feet.”

Language is a tool of political manipulation — when you use and repeat your opponent’s language, you solidify their status and your own oppression.

Consider this mumbo-jumbo that you hear when talking to water agencies: “When a water right is in priority, you perfect it by sweeping the river so that excess supplies are held in storage for consumptive use.”

What really happened? They dammed, drained and destroyed a river, which is a living, breathing life force — the veins of the planet — providing survival to a vast array of nonhuman creatures that have entire cultures and languages of their own. 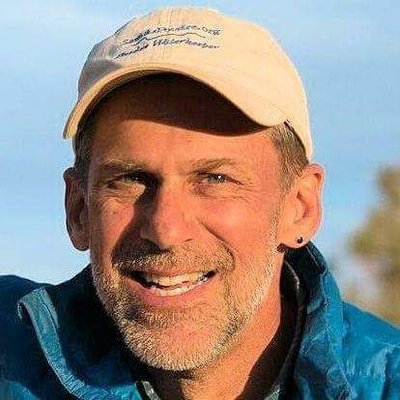 is an environmental activist, scientist and writer in Colorado, and author of the 2016 book River Warrior: Fighting to Protect the World’s Rivers.
http://twitter.com/GaryWockner http://garywockner.com/