An increase in calls and wildlife rescues means people are paying more attention to nature. That’s an opportunity to learn about animal behavior — and save lives.

Molly Craig’s day begins with feeding hungry baby birds at 6 a.m. The birds need to be fed every 15 minutes until 7 at night. If she’s not feeding them, other staff at the Fox Valley Wildlife Center in Elburn, Illinois take turns helping the hungry orphans.

When the center’s resident birds, opossums, squirrels and other wildlife aren’t being fed, cleaned or cared for, Craig, Fox Valley’s director of animal care, finds herself trying to answer the seemingly ceaseless stream of calls from concerned citizens who’ve come across a hapless animal and don’t know what to do about it.

“Phones have been ringing off the hook,” she says.

Fox Valley and other wildlife rehabilitation centers across the country have seen a large increase in calls from the public since coronavirus-lockdown orders took effect in March. Wildlife Rescue League in Virginia, a help line that gives advice or directs callers to local rehabbers, reports their calls have increased by 62% compared to last year, with staff now fielding more than 50 a day.

A post shared by WildlifeRescueLeagueVA (@wildliferescueleagueva) on Jul 24, 2020 at 4:40pm PDT

In any other year, this increase in volume wouldn’t surprise rescue centers. Spring is the normally their busiest season. It’s when birds make their spring migrations, snakes and bears come out of hibernation, and many animals time their mating behaviors to produce young as the days get warmer. This means people can encounter fledgling birds hopping on the ground, fawns lying still alongside a trail, or baby cottontail rabbits curled up in the grass. To humans they appear to be orphaned, when in fact the parents are usually keeping a watchful eye nearby or gathering food. Injuries also increase this time of year as lawnmowers nick rabbit nests, young squirrels fall out of trees, and birds encounter domestic cats or fly into windows.

“People have a tendency to panic,” says Beth Axelrod, president of the board of directors at the Wildlife Rescue League. “They feel empathy for an animal that they think is in need, which is good, but that puts them into panic mode, and they feel like they want to get this animal help right away.”

But this year things have shifted into overdrive. The pandemic has changed our normal routines — more people are spending time outside and becoming aware of the wildlife in their backyards or local parks.

It’s not that there are more orphaned or injured animals, it’s that people are paying more attention.

“People are home, they’re bored, they’re looking out the window, they’re going on walks, they’re actually paying more attention, or they have the time to look an animal up and find out where it’s supposed to go, “ says Melissa Anahory, programs and operation assistant at Woodlands Wildlife Refuge in Pittstown, New Jersey.

Woodlands Wildlife Refuge has taken in 250 more animals than this time last year. At Fox Valley, they’re up 1,000 animals. Several rehabbers I reached out to for this article were unavailable for interviews because they were so overwhelmed with constant animal intake and care.

One of our latest releases. #opossum #wildliferehabilitation

Wildlife rehabilitators in big cities aren’t experiencing the same surge in calls as their more suburban or rural counterparts. Downtown Washington, D.C. is seeing fewer calls than its surrounding counties. In Manhattan, Jerry Basford, a volunteer and board member at the Wild Bird Fund, says he isn’t surprised. “Fewer cars on the road means fewer pigeons getting hit.”

What did surprise Basford, though, was the increase in donations. Both online and onsite donations have doubled.

“We thought our donations were really going to dry up,” he says. “You know, people out of work, et cetera. And it’s been just the opposite. It almost seems like people really want to do something.”

People who bring animals to wildlife rehabilitators tend to become donors, explains Anahory. This year that means the more animals that come in, the more donations they receive to help rehabilitation centers stay open during the pandemic.

Beyond donating money, volunteerism is on the rise — or at least, the desire to volunteer. The Woodlands Wildlife Refuge, Wildlife Rescue League and the Owl Moon Raptor Center in Boyds, Maryland, have all seen an uptick in requests to volunteer. Jaci Rutiser, a longtime volunteer at Owl Moon, says there have been so many requests to help since the start of the pandemic that they’ve had to start a waitlist.

Our baby dormice have done a lot of growing up in 1 week. They came in after a cat killed their mother, luckily these two were unharmed but require a lot of care to get them ready for release. Our lovely volunteer Angela has taken these two home to care for them until they are old enough to go back to the wild. #dormouse #hazeldormouse #wild #wildlife #wildliferehabber #wildlifevet #wildlifecare #baby #cute #handrear

Unfortunately, for wildlife rehabilitation centers, the threat of COVID-19 has meant cutting volunteers and limiting the amount of staff that can be present at the same time. Many wildlife rehabilitators who are licensed to practice in their homes have shut down their operations because the risk of exposure to illness is too great. The animals that would normally go to them are now going to the centers that have remained open.

This places additional stress on workers and volunteers. Axelrod says a typical summer was already demanding, with up to 30 calls a day. “So having over 50 calls a day is even more challenging.”

Craig points out that a lot of the calls Fox Valley receives are from people who don’t understand normal wildlife behavior — and that means more opportunity for education.

“Most of our calls are from people finding animals in their yard or out on nature walks,” she says. “And since so many more people are doing those things right now, we’re getting a lot more of those kinds of calls. A lot of them we’re able to give advice over the phone, and the advice is typically, that’s a natural behavior. Leave it be.”

The pandemic may be unprecedented in our experience, but experts says this desire to do more follows patterns we’ve seen during other tumultuous times. Alison Cawood, marine ecologist and citizen science coordinator at the Smithsonian Environmental Research Center, notes that big changes such as elections or natural disasters often inspire spikes in people wanting to do something bigger than themselves, whether it’s reporting a species on a citizen science app or calling a wildlife rehabilitator about an injured animal.

“When things are more stressful, I think a lot of people want to do something to help,” she says. “You can’t fix whatever the big thing is, but here are these things that you can do. You can help the environment.”

What happens next? As many states ease lockdown restrictions, and as summer turns to fall, wildlife rehabilitators expect they’ll soon experience a well-earned reprieve from tending to baby animals and answering continuous phone calls. But this period — and rehabbers’ efforts — could leave a lasting impact. Thanks to them, many people will be returning to work or classrooms better informed about the wildlife that exists around them.

And those concerned citizens and rehabilitators may emerge from this first perilous chapter of the pandemic knowing that, because of their attention, thousands of animals have been given a second chance at life. 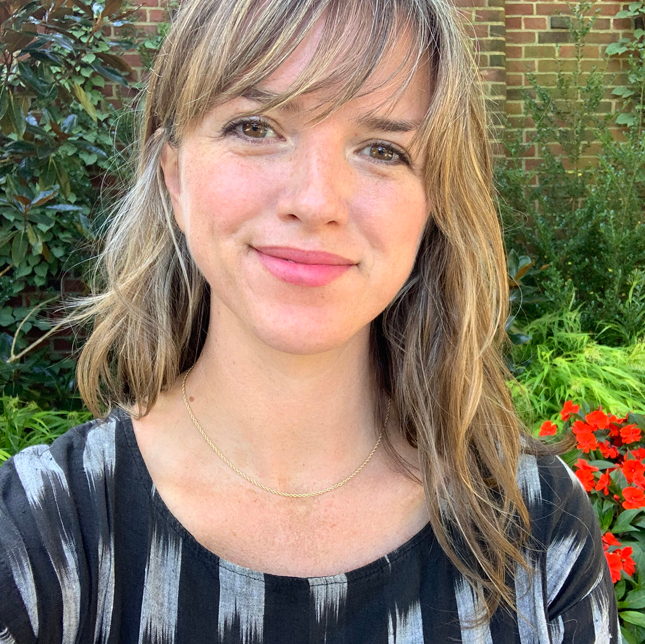