A black-footed ferret emerges from its burrow. Photo: Ryan Moehring/USFWS

A new legal theory proposes granting property rights to wildlife to protect them from habitat destruction.

Humans share the Earth with billions of other species. We all need somewhere to live, yet only humans own their homes.

What if other species could own theirs as well?

Drawing on Indigenous legal systems and the ideas of philosophers and property law theorists before her, Bradshaw argues that wild animals should be integrated into our system of property law to prevent further habitat destruction — the leading cause of species extinction. 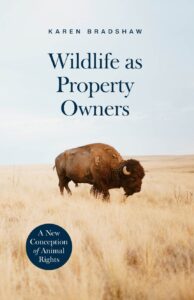 Under what Bradshaw calls an “interspecies system of property,” animals and people would co-own land through a legal trust. This would give animals, through their human representatives, standing in court, like other property owners.

The proposal may seem radical, but it fits into the more well-known concept of “rights of nature.” These Indigenous-led efforts to establish legal personhood for natural entities have seen expansive rights granted to ecosystems such as the Klamath River in Oregon and Te Uruwera rainforest in New Zealand.

In the latest development within the rights-of-nature movement, the White Earth Band of Ojibwe tribe in northwestern Minnesota filed a first-of-its-kind lawsuit against the state on behalf of wild rice, called manoomin in their language. The tribe argued that allowing fossil fuel company Enbridge to divert billions of gallons of groundwater for the construction of the Line 3 oil pipeline violates manoomin’s rights, which tribal law recognized in 2018.

Could granting a more limited, and perhaps less controversial, right to property similarly help us to account for the interests of nature?

From Cats and Dogs to Cougars and Wolves?

Applying rights of nature to existing legal régimes “means you have to look to find places where that already exists or could exist,” says Bradshaw.

She finds one such place in some precolonial Indigenous legal systems that allowed animals to own property and resources. While some of these Indigenous laws were explicitly supplanted by colonial legislation, this was not the case for animal property rights. These laws, Bradshaw argues, are simply “dormant,” not dead.

But modern laws that can serve as a basis for turning wildlife into property owners also now exist, she says, having been unwittingly established by state lawmakers over the past few decades when they created “pet trust” laws. Trusts enable people to bequeath property to their companion animals, managed for the animals’ benefit by an appointed human trustee.

Few animal-law experts considered the implications of these laws at the time, says Bradshaw, but in theory they could be extended to wild animals as well.

“Attorneys can and should wield these laws creatively to create habitat-level solutions to solve biodiversity problems when possible,” she says, noting that property rights could be granted to all wildlife that depends on a piece of land, with the land managed at the ecosystem level by human trustees. She’s in the process of doing that on her property in Phoenix, which boasts populations of rabbits, bees, bobcats, javelinas and other wildlife.

In addition to private property, this approach can also work for public lands. In the United States public lands are at least partly managed for the benefit of wildlife by government agencies including the U.S. Fish and Wildlife Service and Bureau of Land Management. But factors such as changes in political administrations or pressure from industry groups can affect how wildlife interests are weighed against other human stakes in these lands.

One example of this is the removal of gray wolves from the Endangered Species Act under the Trump administration in 2020. Since then, hundreds of wolves have been killed by hunters. The Biden administration recently announced it will consider a proposal to relist the species, but hunts continue in the meantime.

Similar changes in political winds would have fewer effects on animals and their habitats if Congress formalized the preservation of property rights for wildlife habitat on public lands, Bradshaw argues.

Underpinning Bradshaw’s proposal is the idea that the dominant model of property is too anthropocentric. This view of property law is also emerging in the work of other legal scholars, as a rights-of-nature movement challenges the anthropocentrism of the broader legal system.

For Bradshaw, our property system focuses narrowly on humans due to a mistaken assumption by colonial and modern lawmakers about the ownership capacities of other species.

“The argument is that we’ve wrongly excluded animals from the social contract of property,” says Douglas Kysar, law professor at Yale Law School. “We’ve wrongly assumed that animals are not possessive, but they are instead just possessed. And Bradshaw shows that’s empirically and philosophically wrong.”

The territorial behavior of many other species, Bradshaw argues, reveals that they have a sense of property ownership, demonstrated through how they establish, maintain and defend areas of land. Animals signal ownership through visual, scent-based and vocal boundary-marking behavior — not unlike how humans erect fences or other property lines.

In a parallel to how the law functions for humans, animals often resolve territorial disputes nonviolently such as through “ritualized aggression,” or physical posturing. They even have ways of transferring property between generations. As humans are also animals, our property behavior has similar biological origins, Bradshaw says, dictated by environmental conditions such as the availability of resources like food and water.

This conception of the human property system as rooted in biology chimes with recent work by Australian law professors Margaret Davies, Lee Godden and Nicole Graham. They argue that although governments and developers tend to see property and habitat as separate and in conflict with one another, habitat is essential for both human and nonhuman life.

“Habitat is the organisms’ resource system,” says Davies. “And property is the system for sharing and distributing [resources].”

But habitats are changing as the climate crisis accelerates, and species are responding by moving to new regions. Can an interspecies property system accommodate these migrations?

“If we buy a piece of land for a specific vulnerable group today, what if we discovered that they need something else tomorrow?” Bradshaw asks. The answer, she believes, is to do what humans do: If somebody buys a house in a spot that later becomes unsuitable for some reason, such as worsening extreme weather, “they can sell it or take the insurance loss or potentially sell it for less money … One of the beauties, if you will, of the [wildlife property] model is it allows the trust to buy and sell land just like any other participant in a property regime.”

Animals won’t simply pack up a U-Haul and drive directly to a new territory. But several initiatives in different countries can support their movements across landscapes, such as the elephant Rights of Passage project in India, or the wildlife corridors provided by the U.S. Fish and Wildlife Service, which partners with landowners to provide safe passage from animals between wildlife refuges.

Animals and humans typically use property differently. Humans tend to maintain rigid delineation of property boundaries, while a wild animal’s territory shifts and fluctuates depending on factors such as the seasonal availability of food, water and shelter.

In Bradshaw’s view, this means that an interspecies property system would be more flexible and pluralistic than the anthropocentric concept of property. Not only would it need to take account of how multiple nonhuman species use a space, but also how those uses intersect with human ones.

But property, Bradshaw argues, already functions in a more pluralistic way than people often assume, with competing interests overlapping on private property. Rights to airspace, water or minerals below the ground can all be subject to claims from different actors, including state and federal governments and corporations. Resources may be managed on an individual or communal basis.

“When you’re able to conceptualize a property as this layered bundle of rights instead of one person holding all the sticks in the bundle,” Bradshaw says, “what very quickly becomes clear is that there are ecological and biological interests to property that are nonhuman. We just haven’t made room for them in our narrow conception of property.”

Of course, a more ecocentric property system may be a hard sell in some quarters. Habitat and property are often pitted against each other, argue Davies and her coauthors, because of the close association between private property and the “right to exclude” non-owners from accessing it. This makes property ownership appear more absolute than it really is.

“People do have that idea that they have total control over [their property] and over who accesses it, and they can be very resistant to any incursions or changes,” says Davies. The ecological consequences of this conception of property are evident in a range of contexts, from the way Americans’ obsession with neat lawns creates ecologically barren monocultures to farmers’ extirpation of predators and native herbivores from agricultural lands.

Bradshaw anticipates the potential for such resistance by insisting that private landowners would grant property rights voluntarily. Meanwhile, recognizing wildlife property rights on public lands would not necessarily prevent activities such as recreation, hunting or sharing grazing land, since these rights are already more limited than those of personhood granted by the broader rights of nature approach.

As calls grow for humans to understand that our fate and that of other species is intertwined, could wildlife property ownership present a potential way to alter the unequal dynamic that so frequently results in the subordination of wildlife interests to those of humans?

“There’s something to be said for the symbolic value of saying, this land is not just land that’s set aside as a national park, this is land that’s owned by these other beings that we share the Earth with,” says Kysar. “That would maybe have a pretty significant cultural effect on how we regard other beings … rather than thinking of ourselves as the creatures with dominion over everything on the planet.”

This is, of course, what the rights of nature movement seeks to achieve. Bradshaw believes that integrating wildlife into the property system is another route into creating those more expansive natural rights. This, she says, is especially important as the interaction between Indigenous legal systems — many of which already have more ecocentric conceptions of rights — and dominant colonial legal systems is “really ill-defined.”

“Once you start down that pathway of incremental reform,” Bradshaw adds, “you eventually get to a place that looks much more like the rights of nature model, where we are envisioning ourselves as coexisting with other living beings.” 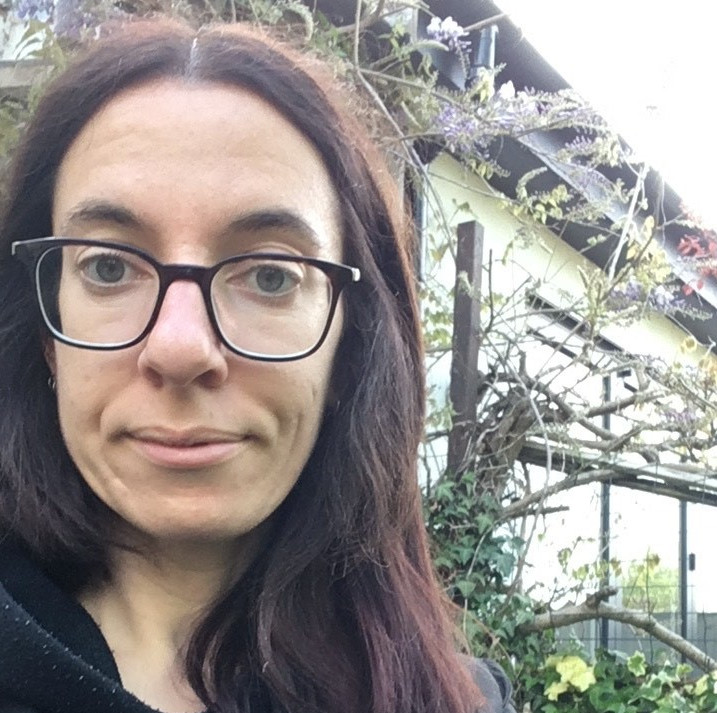 is a freelance writer based in Oxford, UK. She writes regularly for Sentient Media, Surge Activism and Byline Times on animals, climate and the environment.
http://twitter.com/HamlettClaire https://clairehamlett.weebly.com/