The new book Nowhere Left to Go shows how climate change threatens myriad species. But there are ways we can help.

This is an adapted excerpt from Nowhere Left to Go: How Climate Change Is Driving Species to the Ends of the Earth © 2021 by Heyne Verlag a division of Penguin Random House Verlagsgruppe GmbH, München, Germany. English-language translation copyright © 2022 by The Experiment, LLC. Reprinted with permission of The Experiment. Available wherever books are sold.

The EU Commission’s vision for making more room for nature includes those areas outside the reserves, known in technical jargon as “the matrix.” Agricultural land and cities cannot easily be dismantled to clear the way for species on the move. Often, however, all they need are stepping-stones.

Cities should therefore, in Brussels’s view, be furnished with woods, parks, and gardens; city farms; green living roofs and walls; promenades, hedges, and meadows, where “excessive mowing is to be avoided.” At the same time, a minimum of 10 percent of agricultural land is to be reserved for buffer strips, for fallow land and hedges, trees, and ponds. Ideally, this would enable species to hop from one refuge to the next.

Conservationists in the western US have developed a flexible solution. They want to turn the Californian longitudinal valley back into a preferred stopover for migrating birds making the journey from South America to the Arctic. Over a period of many years, one wetland after another was replaced with fields, and numbers of these feathery long-distance fliers dropped drastically. Conservationists used birdwatching maps to determine where and when the birds would gather in the remaining wetlands. They rented fields from rice farmers for the duration of the period when the birds would be stopping. The farmers flooded their fields, turning them into wetlands for several weeks. This approach could be applied to other species embarking on one-way journeys.

At the heart of this concept is the notion of reconciling with nature. To stop species extinction, human beings must transform the landscapes they have long dominated, so that they can be used by as many species at once as possible — be this temporary or permanent. 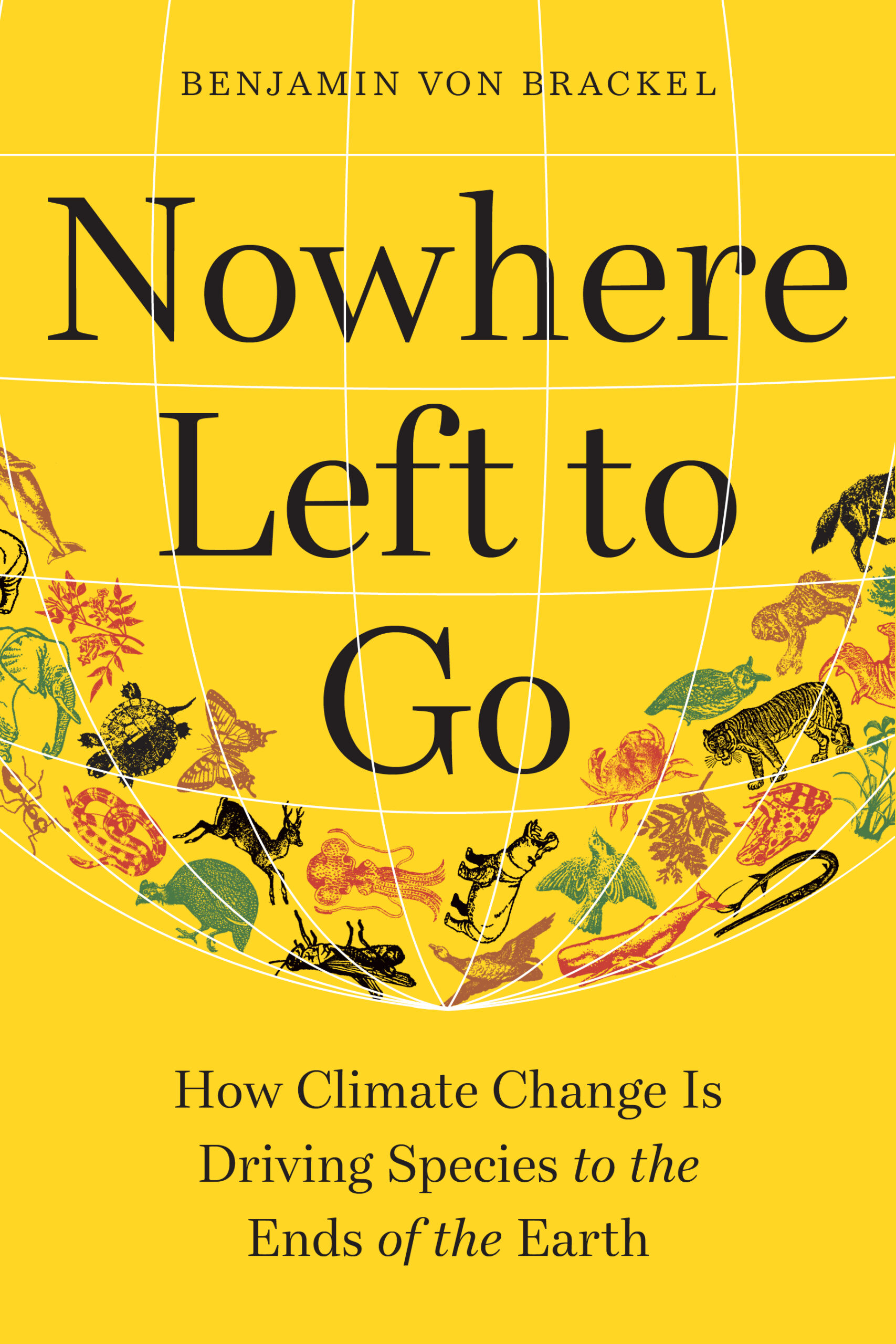 Proponents of this approach argue that the return of nature to our landscape and settlements might soothe a deep-rooted yearning for proximity to the natural world. Studies show that people who spend more time in nature are healthier and happier. The science community refers to this as “Vitamin G,” where “G” stands for “green space.”

We have grown increasingly estranged from nature in the past fifty years. Children, in particular, are having less and less contact with nature in their everyday lives, instead spending more and more time in front of screens. This has consequences: Children exhibit poorer cognitive and motor skills, experience a higher incidence of mental health problems, and place less value on social cohesion. What’s worse is that the growing generation no longer recognizes how dependent we are on the natural world, and why we need to protect it. In the science community, this is known as “shifting baseline syndrome.” People are steadily lowering their expectations of a healthy environment because they measure the state of nature according to the best experiences they had as children. In other words, they are becoming accustomed to the decline of the natural world.

Conservationists are working to combat this in Great Britain, where they are planning a whole network of pathways of flowering plants to protect pollinators across the country. Those running the initiative hope to cover 370,650 acres with wildflowers. These corridors, each just under two miles wide, are intended to allow wild bees to move back and forth between their isolated habitats as they respond to climate change. “It’s important for animals to be able to move from south to north,” says Catherine Jones, Pollinator Office at the conservation organization Buglife.

Time and again, wild bee conservationists gathered around a table in their office in Peterborough in the east of England to stare at an enormous map of the country. They could see forests, meadows, and heaths, rivers, ponds, and lakes. The activists discussed how best to connect these wild bee habitats to each other and what the most suitable routes for these “insect pathways” might be. They shared suggestions and drew lines. Next, they consulted environmental authorities, the government, city councils, other conservationists, and farmers. “We asked them whether they could transform 10 percent of their land into pollinator-friendly habitats,” says Jones.

In the meantime, they have mapped large areas of Great Britain and provided the first 1,200 acres with potential wild bee pathways. Some of these also run through cities — along stepping-stones like parks and gardens. English lawns are to give way for colorful wildflower meadows, where possible fallen branches will not be cleared away, holes in the ground will no longer be filled in, and metal fences will be replaced with hedges. The measures should encourage bumblebees and other pollinators to use these areas to nest and search for food.

Anyone who allows their garden to grow into a meadow or plants an apple tree or a currant bush can add this to the map on the Buglife website. “Some people find long grass untidy, or worry that it will attract garbage,” says Jones, describing her work in Leeds. “But most people want to get involved.”

There are limits, of course. Not all landscapes shaped by human beings can be redesigned to suit other species. And the debate surrounding the reintroduction of wolves, for example, demonstrates that there is a limit to the pleasure many people take in the advance of the natural world. Looking at it from a different angle, many species avoid humans and would never move into a park, for instance, no matter how attractive its redesign might be.

These species require vast, unmolested swathes of land where they are free to roam. And nature reserves are still best suited to this — ideally as large and as connected as the UN agreement on biodiversity will allow. It does not necessarily mean keeping people out of as many of these areas as possible. Responsible engagement is an option, and it is possible.

Indigenous peoples in the tropics are proof of this. The decline of biodiversity in the areas where they live is less pronounced than elsewhere. Perhaps modern man has forgotten how to engage with nature and needs to be reminded. “We have to see ourselves as part of nature,” says Australian biologist Lesley Hughes. “We cannot exist without nature, even if the West likes to imagine that we can.”

Even if we protect a substantial portion of the Earth, we would not be able to save all the animals and plants. Even intact landscapes have many species that are unable to migrate because they are simply too slow, and climate change is too fast. “We also have to think about the consequences if species are unable to move their ranges fast enough,” says Hughes. “Those that cannot escape or adapt will go extinct.” 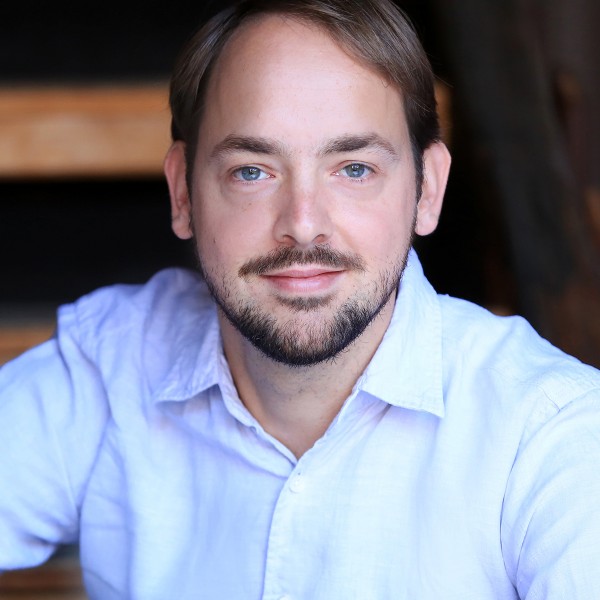 is an environmental journalist whose reporting on climate change has appeared in Süddeutsche Zeitung, Die Zeit and Natur. He is the cofounder of Klimareporter°, an Environmental Media Prize-winning online magazine dedicated to the climate emergency, and coauthor of Angry Weather: Heat Waves, Floods, Storms, and the New Science of Climate Change. He is based in Berlin, Germany.
https://www.benjaminvonbrackel.de/en/