Humans famously used ultralight aircraft to teach cranes to migrate. What has happened since then may offer clues about how to reintroduce other species back to the wild.

An adult whooping crane (Grus americana) is an amazing thing to see. Standing 5 feet tall, with a 7-foot span of black-tipped white wings, these enormous birds are easy to distinguish even from hundreds of feet away.

As impressive as these birds are in their own right, the story of their near-extinction and reintroduction may be even more striking — and as my colleagues and I recently found, the results may offer lessons to help other endangered species.

Migratory whooping cranes had disappeared from eastern North America by the middle of the 20th century, and their numbers migrating in the west had dwindled to just a few individuals. Captive breeding helped the species avoid extinction, and in 2001 a coalition of scientists began reintroducing the birds to a few states in their former eastern range. Techniques used to prepare the birds for life in the wild again included rearing them in costume (to prevent imprinting on humans) and famously training them to migrate behind an ultralight aircraft. Between 2001 and 2015, more than 200 juvenile whooping cranes performed their first southward migrations by following an ultralight from Wisconsin to Florida.

As impressive as it is to imagine a flock of cranes following an aircraft, the ultimate goal of reintroduction is to create a self-sustaining population that persists without scientists’ constant interventions. So, along with these aircraft-trained birds, another group of captive-reared cranes was released on its breeding grounds and allowed to follow the ultralight-trained cranes southward in autumn. We call this technique, in which animals observe and learn behavior from others of their species, conspecific training.

The dual approach appears to have worked well. Ultralight-led migrations ceased in 2015, and the population continues to migrate without further human assistance.

However, something unexpected happened. Since the beginning of reintroduction, the whooping crane population has dramatically changed its migration patterns. Many birds now spend the winter as far north as Tennessee, Kentucky and Indiana — more than 310 miles (500 km) north of their “trained” overwintering sites on the Gulf Coast.

This shift in behavior, which began while aircraft training was still in place, exemplifies cranes’ behavioral flexibility, as well as their ability to learn and adapt to an environment that has changed dramatically since they were extirpated over 100 years ago.

Whooping cranes are highly social birds that migrate in groups, so my colleagues and I wondered if this shift in migration patterns was any different between cranes trained to migrate by aircraft and those that released on breeding grounds that followed other cranes in their first year. After all, aircraft training is based on the premise that early-life experiences can have dramatic effects on behavior. On the other hand, social learning and animal cultures are important in determining the behavior of social species, as animals learn from one another and information propagates through social groups.

To explore this question, we used tracking data to compare the migration distances of aircraft-trained and conspecific-trained birds across years. The results of our research, published recently in the journal Conservation Letters, were a bit surprising. We found that training initially has a strong impact on migration distances, where the aircraft-trained birds migrated more than 300 miles farther than conspecific-trained birds in their first year. However, this difference disappeared as the birds grew older — and the two groups converged more rapidly than we expected. By age 6, we found, the groups both migrated the same distance.

This convergence in the behavior of two very different groups suggests that, while management actions have an initial impact on behavior, we cannot assume that training prior to release will determine behavior in the long term, particularly for social species such as whooping cranes.

This finding is important because we still have a long way to go in the conservation of whooping cranes. The breeding success of the population remains incredibly low, meaning that even though they migrate successfully, the eastern population is not self-sustaining. At the same time, our research shows that understanding the relative roles of training and culture in determining migration patterns can give us clues about how to best manage both whooping cranes and other social species. For instance, as we saw with the cranes, it is possible that introducing a suite of multiple potential behaviors, and allowing the most adaptive to take hold, could be more effective than training the entire population to perform what we see as the optimal behavior. This may help us to design better management techniques in the future.

After all, in the changing landscapes of the modern world, animals will need to use their social and cultural knowledge to adapt to new conditions — and their adaptations may be even more effective than human interventions.

Whooping Cranes Could Be Wiped Out by Climate Change 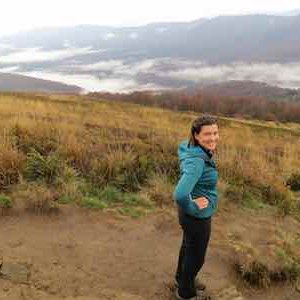 is a Ph.D. student at the University of Georgia. Her research focuses on the drivers and consequences of long-distance animal movement, including seasonal migration and animal nomadism.
https://cteitelbaum.weebly.com/