This is not your regular anteater. It’s one of the world’s only scaly mammals, representing millions of years of evolution.

The white-bellied pangolin is one of eight evolutionary distinct pangolin species split equally between Africa and Asia. They’re among the very few mammals with scales and have a tongue that, when pulled out of its cavity, is longer than their entire body, which measures about 30 inches. These gentle and somewhat quirky animals should be celebrated, but instead they’re often killed for their unique scales, believed in some cultures to harbor medicinal properties.

White-bellied pangolins look like armadillos, except that they have scales, not rings. They get their name from the white patch on their bellies, one of the few areas not covered in scales. These scales are made of keratin and overlap each other, acting as the animals’ main defense against predation. With the help of their long tongues, these toothless mammals feed almost exclusively on ants and termites and roll into a ball when threatened. Adults usually grow to about 3-4 pounds.

Although no formal population estimate exists for white-bellied pangolins across their range, the species was recently reclassified from vulnerable to endangered to reflect the increasing magnitude of threats to their survival.

The Convention on the International on the Trade of Endangered Species of Wild Flora and Fauna (CITES) restricts the international commercial trade in all pangolin species, including their derivatives. National laws in many white-bellied range countries also prohibit their killing, with anti-poaching patrols conducted in their habitats to deter poachers and enforce these laws.

Seeing my first living white-bellied pangolin after more than a decade of being a pangolin enthusiast filled me with excitement and hope. My challenging 11-hour hike into the heart of Nigeria’s Cross River National Park to monitor these mammals was a success, as I found and tagged about five of them. Seeing these animals in their natural environment was even more exciting, as I had only ever seen their carcasses and scales on display in wild meat markets.

While scientists are working to further understand the ecology and dynamics of the illegal pangolin trade to inform science-based conservation actions, governments of countries where pangolins exist and those involved in their trafficking should establish laws protecting pangolins (where they do not already exist) and uphold already-enacted laws. Governments and the public can also support pangolin conservation through increased anti-poaching patrols and the arrest and prosecution of poachers and traffickers, as well as campaigns to increase awareness of their plight. 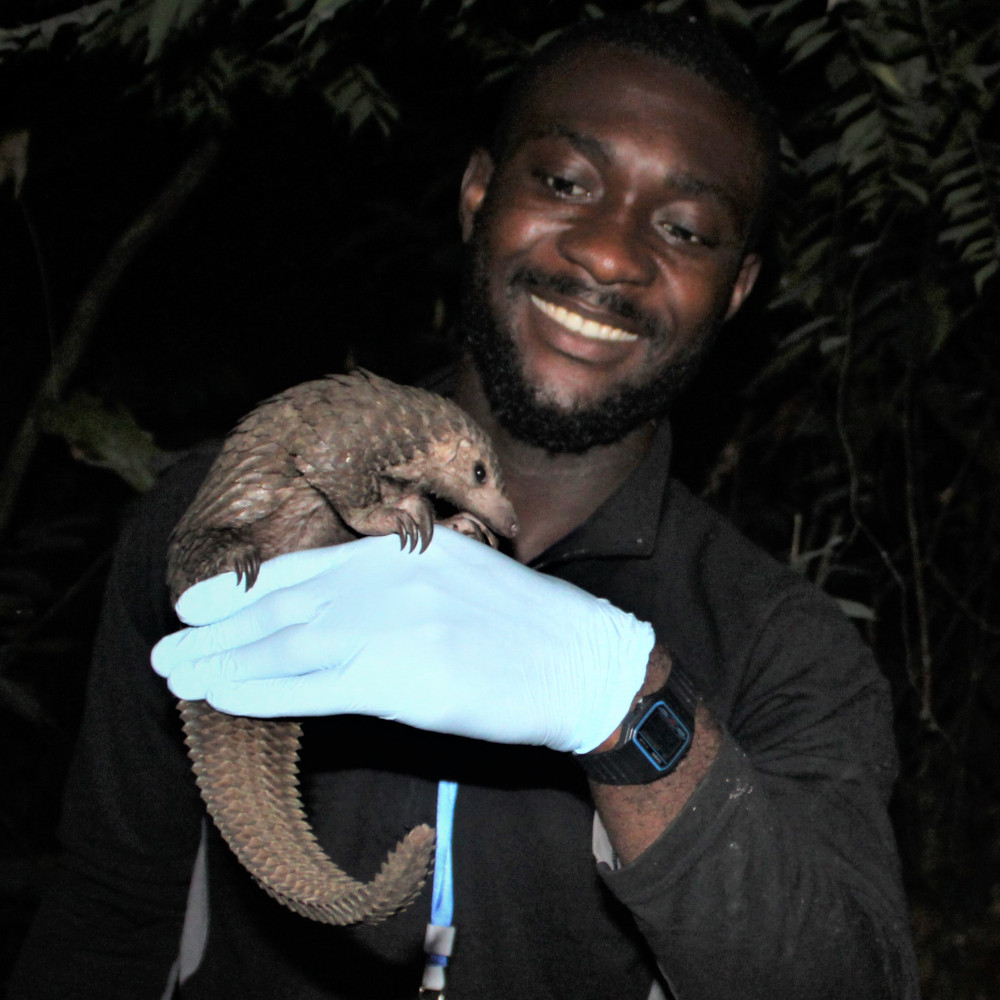 is a National Geographic explorer studying the ecology of the white-bellied pangolin for his Ph.D. at the University of Cambridge. Charles is from Nigeria and has been fascinated by pangolins from a very early age. He recently founded Pangolino, which uses art to communicate the science of pangolin conservation and raise awareness of these scaly anteaters.
http://twitter.com/Cemogor