Disadvantaged communities have suffered disproportionately from underinvestment in clean and affordable water. That could change with legislation passed last year.

Ian’s effects echoed a similar disaster in Jackson, Mississippi, where rising river water overwhelmed pumps at the main water treatment plant on Aug. 29 following record-setting rain. The city had little to no running water for a week, and more than 180,000 residents were forced to find bottled water for drinking and cooking. Even after water pressure returned, many Jackson residents continued to boil their water, questioning whether it was really safe to drink.

Jackson had already been under a boil-water notice for more than a month before the crisis, which arrived like a slow-motion bullet to the city’s long-decaying infrastructure. Now, Jackson and its contractors face lawsuits and a federal investigation.

We study water policy with a focus on providing equitable access to clean water. Our research shows that disadvantaged communities have suffered disproportionately from underinvestment in clean and affordable water.

However, a historic increase in federal water infrastructure funding is coming over the next five years, thanks to the Infrastructure Investment and Jobs Act that was enacted in 2021.

If this funding is managed smartly, we believe it can start to right these wrongs.

Water infrastructure has two parts. Drinking water systems bring people clean water that has been purified for drinking and other uses. Wastewater systems carry away sewage and treat it before returning it to rivers, lakes or the ocean.

Money to build and maintain these systems comes from a mix of federal, state and local sources. Over the past 50 years, policymakers have debated how much each level of government should contribute, and what fraction should come from the most prized source: federal money that does not need to be repaid.

In the 1980s, the Reagan Administration challenged this arrangement. Conservatives argued that the grant program’s main purpose — addressing the need for more municipal wastewater treatment — had been fulfilled.

As a result, U.S. water infrastructure now is funded by a mix of loans that must be repaid, principal forgiveness awards and grants that do not require repayment, and fees paid by local users. The larger the share that can be shifted into grants and principal forgiveness, the less pressure on local ratepayers to foot the bill for long-term infrastructure investments.

What’s in the Infrastructure Law?

The Infrastructure Investment and Jobs Act authorizes more than $50 billion for water infrastructure over the next five years. This won’t close the gap in funding needs, which the EPA has estimated at $472.6 billion from 2015 through 2034 just for drinking water systems. But it could support tangible improvements.

When water systems that serve low-income communities borrow money from state programs, even at low interest rates, they have to pay the loans off by raising rates on customers who already struggle to pay their bills. To reduce this burden, federal law allows state programs to provide “disadvantaged communities” additional subsidies in the form of principal forgiveness and grants. However, states have broad discretion in determining who qualifies.

Who Counts as ‘Disadvantaged’?

In March 2022, the EPA released a memorandum that calls the infrastructure law a “unique opportunity” to “invest in communities that have too often been left behind — from rural towns to struggling cities.” The agency pledged to work with states, tribes and territories to ensure the promised 49% of supplemental funding reaches communities where the need is greatest.

This is an issue where the devil truly is in the details.

For example, under Mississippi’s definition of “disadvantaged community,” Jackson’s 2021 award for principal forgiveness was capped at 25% of the original principal. In its March 2022 memorandum, the EPA identified such caps as obstacles for under-resourced communities.

For example, in 2021, when determining principal forgiveness, Wisconsin awarded a higher financial need score to communities with populations below 10,000. This penalized Milwaukee, the state’s largest city, with almost a quarter of its people experiencing poverty.

In September 2022, Wisconsin updated its definition to consider additional factors, such as county unemployment rate and family poverty percentage. With these changes, Milwaukee now qualifies for the maximum principal forgiveness.

Mississippi and Wisconsin previously relied on factors too narrow to reach many disadvantaged communities. We hope the steps they have taken to update their programs will inspire similar actions from other states.

Getting the Word Out

In our view, the Infrastructure Investment and Jobs Act is a once-in-a-generation opportunity to correct decades of underinvestment in disadvantaged communities, especially with the EPA pushing the states to do so.

Recent events in Jackson and Florida show how natural disasters can overwhelm water systems, especially older networks that have been declining for years. As climate change amplifies storms and flooding, we see investing in water systems as a priority for public health and environmental justice across the U.S. 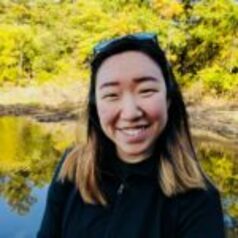 is a water policy specialist at the University of Wisconsin-Milwaukee. 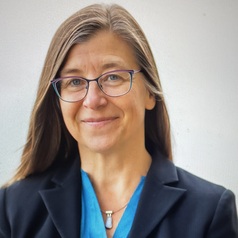 is the Lynde B. Uihlein Endowed Chair in Water Policy and the director of the Center for Water Policy at the University of Wisconsin-Milwaukee School of Freshwater Sciences.