In February 2013, Ella Adoo-Kissi-Debrah had a fatal asthma attack in London after experiencing a seizure, the sort that had required her to be hospitalized twenty-seven times in the previous three years. She was nine years old. Ella’s death brought home to me the connection between racial justice and the climate crisis that’s one of the least recognized: public health.

I learned about Ella’s story in December 2020. That’s when the international media reported that a UK court had, for the first time in British history, allowed air pollution to be recorded as the cause of someone’s death. The coroner noted that the area of southeast London where Ella lived, Lewisham, had levels of nitrogen dioxide higher than European Union or World Health Organization guidelines. Nitrogen dioxide, which contributes to toxic ground-level ozone, is a by-product of car engines that run on diesel.

We’ve known for decades the visible damage done to the environment by fossil fuels. We’re increasingly familiar with the ever-upward trajectory of parts per million of atmospheric carbon dioxide: reaching 420 in April 2021, a level not seen in recorded history. But much of the climate crisis is invisible. We can’t see the planet warming or the GHG (greenhouse gas) emissions in the atmosphere.

The effect of invisible particulate matter on our health may be as severe as the visible pollution of oil spills and algal blooms. The particles are so small that they can affect the heart, lungs, and other vital organs, increasing the risk of strokes, heart attacks, and, of course, problems associated with the lungs, such as asthma. My mother suffered from bad asthma when I was younger. I remember the anxiety I felt and the pain in her face as she struggled to breathe. I can only imagine what it must have felt like to Ella and her mother, Rosamund Kissi-Debrah.

Air pollution doesn’t only come at a cost to human lives, but to economies in the Global North and South. The Centre for Research on Energy and Clean Air has estimated that the cost to public health of air pollution is at least U.S. $8 billion a day (or 3.3 percent of global GDP).

Of course, the drag on the economy cannot mask the terrible consequences for Ella or anyone else of inhaling so much particulate matter. In Delhi, widely considered to be one of the most polluted cities in the world, more than 50,000 people died in 2020 due to air pollution, according to a report from Greenpeace Southeast Asia.

Some of the most damning research on fossil fuels and public health is in a report released in February 2021 by Harvard and three British universities. A team of researchers found that more than eight million people were killed by fossil fuels in 2018, much higher than earlier research estimates. Even the researchers were shocked by the results, which they called “astounding.” One of them, Eloise Marais, a geographer at University College, London, said, “We are discovering more and more about the impact of this pollution. It’s pervasive.”

Given the enormous costs to public health and economic activity, along with the tragic loss of individual lives like Ella’s, why haven’t we dealt with our addiction to fossil fuels in favor of clean, renewable sources of energy?

One reason may be that, like many victims, Ella Adoo-Kissi-Debrah was Black. Neither powerful or wealthy, or well-connected, she and her family lived in an economically disadvantaged area of London. Her neighborhood is crisscrossed, as many low-income urban areas are, by highways packed with traffic. It’s important that we ask ourselves, if Ella had been rich and white, would she have had to live with and die from such severely polluted air, and would it have taken seven years after her death for the coroner to issue his report?

UK climate activist Elijah Mckenzie-Jackson told me that he doesn’t think people in the UK took on board the lesson from Ella’s death: “She was a young woman, a female, Black. The headlines weren’t enough,” he said. “If we had a middle-class white male who died from air pollution, everyone would know about it.”

The reason why I’m writing about Ella, and why the coroner was compelled to hear the case on which he produced his landmark ruling, is that Ella’s mother, Rosamund, wasn’t silent or resigned. She made extraordinary efforts to make sure her daughter’s death had a reason, a cause: that something or someone brought it about. She has become a clean air campaigner and has set up a foundation in Ella’s name to improve the lives of young people with asthma in South London.

Ella’s death — and the deaths of millions of others like her — are not simply accidents of fate, just as it isn’t accidental that she was in the wrong place at the wrong time. The inequalities we see and those we don’t — between South and North, wealthy and less wealthy, and people of color and white people — are stark.

Throughout the Global North, Black and other communities of color are more likely to live near sewage treatment plants, landfill sites, and chemical industries; and bus depots and toxic landfills will be located in their neighborhoods. Their residences will be more likely to be situated near slaughterhouses or factory farms that pollute nearby waterways, foul their air, can make them sick, and can cause respiratory diseases. Or they may inhabit low-lying areas, intensifying their exposure to floods, storm surges, and waterborne diseases.

Here, people may not be able to afford air-conditioners, or they may have jobs that require them to be in the street for long periods of time.

Too often, when some people think of environmentalism or climate change, they assume a color-blind or economically neutral perspective, Leah Thomas, a Black writer and intersectional environmental activist living in Los Angeles, told me. Over and over again, Black communities suffer from higher levels of air and water pollution. “Sometimes, when people think about environmentalism, they try to exclude the aspect of race or wealth, and how those things might play a role in who is experiencing environmental injustice.” This is a mistake, she says, “because the people who are currently being faced with environmental injustices the most are communities of color, and that’s going to continue to happen if we don’t address it.”

Leah offers a number of potentially transformational ideas for the U.S. government. In addition to declaring a climate emergency, she suggests establishing a council of youth environmentalists and a council for intersectional environmentalism to work directly with grassroots climate activists. She adds: “I want to see real-time environmental justice legislation that specifically addresses the fact that communities of color are plagued with these environmental issues and makes environmental racism a civil rights violation.”

Environmental justice is also at the center of the work of Veronica Mulenga, a climate activist from Zambia. “At first, I didn’t know about environmental justice,” she told me. “Then while I was doing the research on climate change, I also came across how disproportionately it affects us in the Global South. I was really shocked. We’re the ones that are causing and contributing the least to the climate crisis and then we’re the ones being affected the most.”

Veronica lives with persistent shortages of power. Rainfall in Zambia has decreased, leaving rivers low and dams without enough water volume for the hydroelectric power plants from which Zambia draws 95 percent of its formal energy capacity. “We experience power cuts from eight to fourteen hours or more every single day,” she says. People who can afford generators buy them, she adds, but they run on fossil fuels and emit carbon dioxide. Purchasing enough solar panels to power a whole house is expensive. “We’re saving to get a solar panel someday,” Veronica says of her family. “I would love the international community to help a lot of us here with financial aid and adaptation methods.” 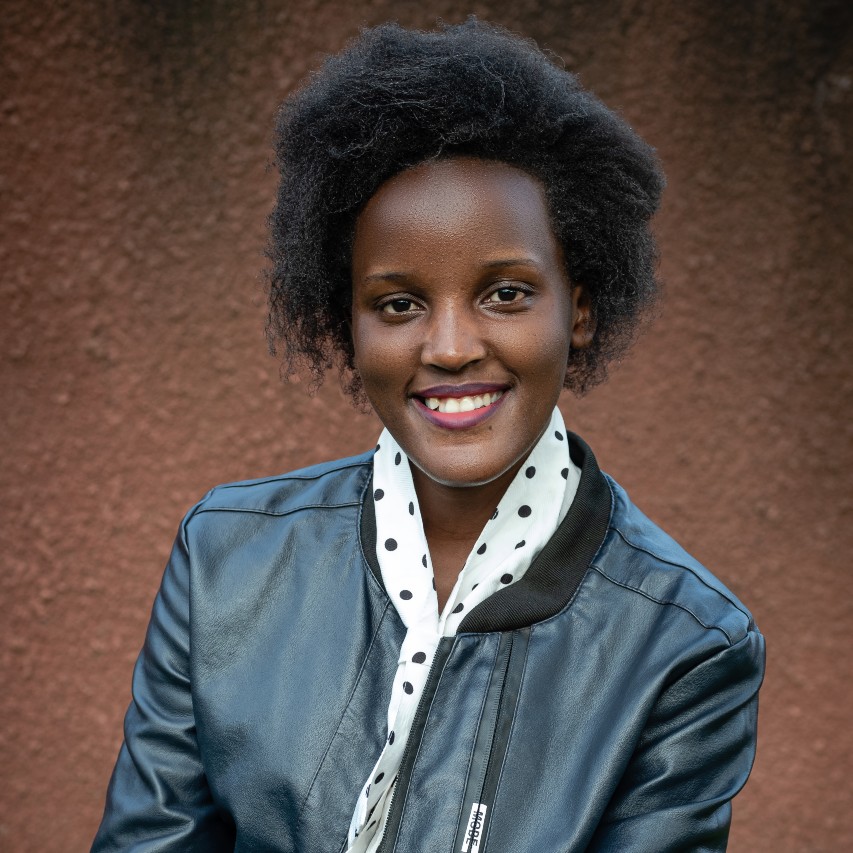 Vanessa Nakate is founder of the Rise Up climate movement and the Vash Green Schools Project, which aims to install solar panels on all of Uganda's 24,000 schools. She has spearheaded the Save Congo Rainforest campaign. The United Nations named her a Young Leader for the Sustainable Development Goals in 2020, and Time magazine named her to its Time 100 Next list in 2021. She lives in Kampala, Uganda.
http://twitter.com/@vanessa_vash