The majority of coal plants in the United States, like the Hunter Power Plant in Utah, are contaminating groundwater with toxic pollutants, a new report reveals.

The three smokestacks of PacifiCorp’s coal-fired Hunter Power Plant loom in the skies on a 1,000-acre site just south of Castle Dale, Utah.

Commissioned in 1978, the Hunter plant burns millions of tons of coal a year and generates more than 1,500 megawatts of electricity for use in nearby communities.

But it also generates something else: greenhouse gases and toxic pollutants, including coal ash.

Coal ash, or coal-combustion residuals, is primarily produced from burning coal in power plants. It contains mercury, arsenic and other byproducts that can pollute waterways, drinking water and the air, according to the EPA. These chemicals can cause cancer, developmental disorders and reproductive problems, says Earthjustice, a nonprofit organization that specializes in litigation of environmental issues.

While some power plants dispose of coal ash in landfills, others discharge it into nearby waterways under the plants’ discharge permits.

Those discharges add up. According to the first comprehensive national study of coal-ash pollution, 91 percent of all coal plants in the country are contaminating nearby groundwater with toxic pollutants.

The study, conducted by the nonprofit Environmental Integrity Project with assistance from Earthjustice, found that the groundwater near 242 out of 265 coal-fired power plants contains unsafe levels of at least one pollutant, including heavy metals such as arsenic and lithium.

The study ranks the 10 worst polluting sites, including Utah’s Hunter, which came in at number 8. The report states that the groundwater beneath Hunter “is contaminated with lithium at concentrations 228 times safe levels and cobalt at 26 times safe levels.”

PacifiCorp acknowledged that cobalt, lithium and molybdenum all exceed groundwater-protection standards at the site in a letter sent Dec. 12, 2018, to the Utah Department of Environmental Quality.

Despite this pollution and risk to local water sources, the Bureau of Land Management is currently planning to sell 200 acres of public land to PacifiCorp for an expansion of the Hunter coal-ash disposal site. PacifiCorp is the parent of Rocky Mountain Power, Utah’s largest utility company.

Ashley Soltysiak, director of Sierra Club Utah, says it would be “irresponsible” to give PacifiCorp more land to expand the existing coal-ash site.

“The fact that the Hunter coal plant is making headlines for its groundwater contamination shows that PacifiCorp is incapable of complying with safe groundwater standards,” she says. “Giving them more land to use for a new landfill would be irresponsible of the Bureau of Land Management, given that they have already caused contamination at their current landfill.”

A History of Pollution, a Risky Future

During most of the 20th century, power companies dumped coal ash into unlined landfills and waste ponds. For years the lack of a barrier between the coal ash and groundwater allowed for leaks and contamination of underground water supplies, according to the report.

After several high-profile coal-ash spills in Tennessee and North Carolina, the EPA finalized the first federal regulation for the disposal of coal ash, referred to as “Coal Ash Rule.” The 2015 regulation established groundwater monitoring requirements for coal-ash dumps and required power companies to publicize the data starting in March 2018.

The new report analyzed this data, which was collected from more than 4,600 groundwater monitoring wells located around the coal-ash dumps of 265 coal-fired power plants, representing about three quarters of the coal power plants across the United States.

The rest of the plants did not have to comply with the federal Coal Ash Rule’s groundwater monitoring requirements last year, either because they closed their ash dumps before the rule went into effect in 2015 or because they were eligible for an exemption.

Many of the coal-ash waste ponds around the country are poorly and unsafely designed, with less than 5 percent having waterproof liners to prevent contaminants from leaking into the groundwater, and 59 percent built beneath the water table or within five feet of it.

Among the top 10 most contaminated sites are a family ranch near San Antonio, Texas, where dozens of pollutants leaked into the groundwater from the San Miguel Power Plant.

Another top contender is the Duke Energy Allen Steam Station in Belmont, N.C., where the coal-ash dumps built underneath the water table are now leaking at least 12 pollutants including cobalt — which can cause thyroid problems and other health issues — at concentrations more than 500 times safe levels.

David Rogers, senior representative for the Sierra Club’s Beyond Coal campaign in the Carolinas, says it’s the oldest active coal plant in the state.

“Unfortunately, we weren’t that surprised that the Allen plant rated so high in terms of level of pollution,” he says. “Duke has been resistant to truly protecting those communities by excavating that coal-ash site and moving the toxic mess to dry lined facilities away from our waterways and drinking sources.”

Rogers added, “The reality is that there’s no perfect way to deal with coal ash. That is why we are pushing so hard for Duke to retire all of its coal fleets, because every single day, they continue to burn coal. They are just making this problem bigger and bigger.”

Duke Energy Corp. had proposed covering some of its ponds and leaving it in place, but on April 1 North Carolina officials ordered the company to remove coal ash from all storage basins in the state.

Power companies have made some effort to reduce the impact of these sites, but local experts question how effective they would be.

Soltysiak expresses doubts about mitigation efforts applied by PacifiCorp, which include so-called research farms  at the Hunter and Huntington coal plants.

“The idea is that waste water from the plant goes to a pond to water the farms so that only the plants absorb the water,” she says. “Rocky Mountain Power claims that the waste water is safe. But if that were the case, there would be no need to divert it to the farms.”

The Sierra Club and its partner, the Healthy Environment Alliance of Utah, filed a lawsuit in 2015 over the concern that the water at Huntington runs through the coal-ash ponds is contaminated. The most recent Huntington permit document says that this research farm practice must be phased out by 2022.

The state of Utah has a history of coal dependency and has played a critical role in contributing to the nation’s energy sector, Soltysiak says. Still, available technology and opportunities could allow the state to shift from fossil fuels to clean energy, she says.

However, there haven’t been any efforts by Utah’s legislature to curtail the coal plants. In March, Utah’s State Senate panel advanced a legislation that would fund exporting the state’s coal in an attempt to hold onto Utah’s fading coal industry.

Grace Olscamp, communications and outreach associate at the Healthy Environment Alliance of Utah, says Utah is “unique” in its relationship with coal because it was the first state to build a power plant close to the fuel source, rather than the city. That led to significant transportation cost savings and allowed Utah to have some of the cheapest coal power in the country.

“But Utah does face the same problem that most states with coal plants face: significant investments,” Olscamp says. “Utilities invest millions and millions of dollars into coal plants, whether it’s to keep them up-to-date with the latest regulations or simply just trying to keep them operational. If the utility were simply to shut down a coal plant, they would lose millions, so, naturally, they want to avoid that.”

Although Utah still embraces coal, it has taken some steps toward more sustainable energy. This year the Utah legislature passed a resolution that supports renewable energy development in rural parts of the state.

That’s a start, but Soltysiak say the state should take further steps.

“In recognition of Utah’s long history with coal, we need to be looking towards bringing in new, clean energy jobs and more economic diversity to sustain coal-dependent communities, re-mediating the environmental damage caused by generating coal, and dealing with the legacy pollution from burning coal,” she says.

No Response From Federal Officials, But Some States Step Up

Federal officials have not issued a formal response to the report.

An EPA spokesperson says by email that the agency is reviewing the EIP report and is unable to comment at this time.

But the spokesperson added, “It is important to note that the federal regulations for the disposal of coal-combustion residuals, finalized in 2015, require groundwater monitoring as a first step in a process to monitor and assess contaminants from [coal combustion residual] units. Where contamination is detected above specified levels, the regulations require the owner or operator of the facility to initiate measures to clean up the contamination.”

It doesn’t look like much of this problem will be cleaned up anytime soon.

President Donald Trump vowed to prop up the dying coal industry during his presidential campaign. In 2017 the Trump administration made steps toward rolling back the Clean Power Plan, a signature regulation by the Obama administration that was viewed as the most important step toward curbing carbon emissions, which come mostly from coal power plants.

Also in 2017, an appeals court granted a request from the Trump administration to stop a plan for new pollution controls at Utah’s oldest coal-fired power plants, including Hunter. The move dealt a blow to the efforts to reduce haze near Utah’s iconic national parks such as the Arches and Canyonlands.

Then, in July 2018, the EPA issued a rule that weakened consumer protections related to coal-ash management. It was the first major move under new EPA Administrator Andrew Wheeler, a former coal lobbyist. The changes will allow some coal-ash ponds to remain open until October 2020 — a year and a half longer than originally planned.

But there is some progress on the state level. Abel Russ, senior attorney at EIP, says some states do more in terms of coal regulation than the federal rules require. For example, he says, while the federal rule doesn’t cover landfills that were closed before 2015, Georgia is regulating those landfills on a state level.

Meanwhile Russ estimates that about half of the coal ash buried in America is in landfills and ponds that were closed before 2015, and therefore, are not regulated by the Coal Ash Rule.

“We are hoping that someone should take a note of that fact and require a more comprehensive inventory of all of the ash coal repositories across the country and require clean-up where necessary,” he says.

In its report EIP calls for companies that operate coal plants to dig up the coal ash from all dumps that are located near groundwater and put it elsewhere.

When asked whether it’s possible to clean up coal-ash contamination, Russ says it depends on the site. In some cases it moves very quickly, and in some places it moves slowly.

“You won’t be able to clean up everything,” he says. “But you really can make a difference at each site and see it in a short period of time. It might be five years, it might be 10 years, but you will see the groundwater return to normal if you take the source of pollution out of the picture.” 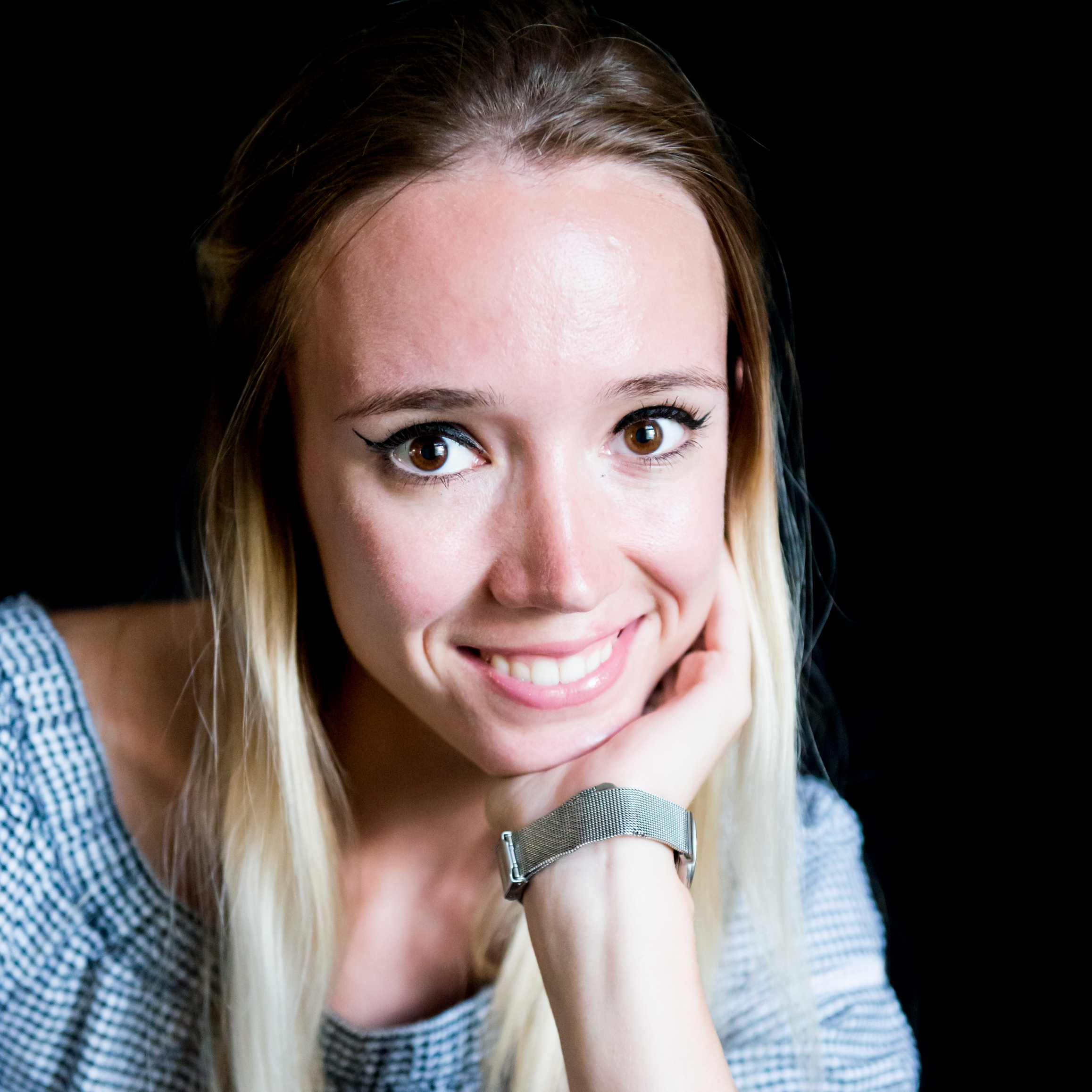