Increasing levels of underwater noise threaten Arctic whales, seals, fish and other species. A new report offers an opportunity for Arctic nations to lead on the issue.

In recent years we’ve experienced a growing awareness that the noise generated by humans in the world’s oceans affects life beneath the waves. That noise comes from a variety of sources — including acute sounds associated with military sonar, oil exploration, mining and seabed construction — but the most common and widespread source is the chronic noise made by ships as they travel.

This chronic noise affects a variety of marine species, including fish and invertebrates, but it can be particularly disruptive for mammals like whales and seals that use sound to communicate — sometimes over vast distances — and to detect prey.

The increasing concern about underwater anthropogenic (human-caused) noise was reflected in the 2018 Canadian federal budget, which made multiyear funding commitments to help three populations of whales the country lists as “at risk”: right whales in the Bay of Fundy, belugas in the Gulf of St. Lawrence, and resident killer whales in the Salish Sea on Canada’s West Coast.

This was an important step in three busy, noisy habitats, but what about whales in the more remote Arctic, including narwhals and long-lived bowhead whales? While these populations experience less exposure to noise than whales in more crowded oceans, conditions in the Arctic are unique and warrant special consideration.

For one thing the Arctic generally has low background-noise levels, so noise from ships can be heard from farther away and will therefore affect a much larger area. At the same time, the relative lack of anthropogenic noise in the Arctic means that any future increase in ship traffic — as is projected to occur as a result of declining sea ice, new shipping technologies and global economic trends — will have a greater relative impact on species, including whales that aren’t used to living in a noisy environment. (For more information on ocean noise in the Arctic, see my colleague Bill Halliday’s blog, What’s that sound? What underwater listening can teach us about the Arctic. )

Moreover, even modest impacts — such as a geographical shift in the movement of whales, seals or walruses to avoid ship traffic — can significantly disrupt the traditional seasonal hunting patterns of Indigenous communities. In the Arctic these potential impacts directly threaten Indigenous communities, whose food and cultural security are intimately associated with and depend upon these species. This challenges us to consider how we can maintain healthy populations of whales and other Arctic marine species as the level of human activity increases.

Here’s where the Arctic Council comes in. The Council is the leading intergovernmental forum promoting cooperation, coordination and interaction among the Arctic states, Indigenous communities and other inhabitants on common Arctic issues — in particular on issues of sustainable development and environmental protection. It’s made up of representatives from the eight Arctic nations, as well as six “permanent participants” that represent the Arctic’s Indigenous peoples.

Its work is carried out collaboratively through six working groups, including PAME (Protection of the Arctic Marine Environment), which has taken the lead on issues related to shipping, such as the ground-breaking “Arctic Marine Shipping Assessment.” PAME is now leading the process to better understand the impacts of ship noise in the Arctic and how to mitigate those impacts.

To help achieve those goals, Fisheries and Oceans Canada commissioned WCS Canada to prepare a “State of Knowledge” report on underwater noise in the Arctic for the PAME working group. That report has now been approved by PAME and published on their website. The report reviews scientific studies that measure background-noise levels in the Arctic. It then compares those levels to non-Arctic regions, documents how noisy different anthropogenic activities are in the Arctic, and assesses how Arctic marine animals are affected by noisy anthropogenic activities.

We found, for example, that the presence of solid sea ice for at least part of the year effectively isolates the underwater environment from most weather-related noise sources. On the other hand, ice-breaking activity introduces loud noises from powerful engines, as well as from the ice itself as it breaks up after being rammed.

Among the report’s other findings are several important knowledge gaps, including the fact that the effects of oceanic noise have only been studied in four of the region’s 11 marine mammals and just two of the 633 Arctic fish species — and none of its 4,000-plus invertebrate species. This will need to be a critical area of study in the coming years.

At their recent high-level meeting in Rovaniemi, Finland, the Arctic Council ministers welcomed the report and approved a two-year program of work for PAME that will focus on underwater noise. This work is based on recommendations that were developed jointly by WCS and WWF.

The first step will estimate the total cumulative underwater-noise emissions from shipping throughout the Arctic. Next PAME will identify the areas where ship noise overlaps with areas of heightened ecological or cultural significance.

With this important information in hand, it will be possible to investigate possible strategies to reduce the impact of underwater noise generated by shipping in the Arctic so that the ocean remains relatively quiet and the marine species there continue to thrive. There’s still a long way to go to achieve this goal, but in an ever-noisier world, it deserves the world’s attention. 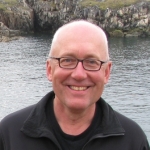