Ghost city Pripyat against the background of a new confinement over the fourth nuclear power unit of the Chernobyl nuclear power plant. Photo: spoilt.exile (CC BY-SA 2.0)

Russia’s invasion of Ukraine has triggered fears of another nuclear power disaster in the region, 36 years after the world’s largest nuclear accident.

It took less than a minute after an unexpected power surge for one of the nuclear reactors at Chornobyl (Chernobyl in the Russian spelling) to explode on April 26, 1986, ripping the roof off and spewing dangerous chemicals into the air.

The event, and emergency cleanup that followed, left 30 workers dead, thousands exposed to cancer-causing nuclear material, and a legacy of radiation. Now, 36 years later and with war raging, Ukraine is desperate to prevent another nuclear disaster.

Nuclear reactors generate more than half of the country’s power. Ukraine is the first country with such a large and established nuclear energy program to experience war, according to the International Atomic Energy Agency.

The country’s 15 nuclear reactors, housed in four power plants, have layers of safeguards to prevent core meltdowns like the one that happened in 1986, when Chornobyl was part of the Soviet Union. But wartime is far from normal conditions, and experts warn that Russian military action poses numerous threats to these facilities.

Those attacks have already begun.

The Chornobyl Nuclear Power Plant and the 20-mile exclusion zone around it, set up to limit further spread of radioactive material following the 1986 disaster, were captured by Russian forces on Feb. 24. It was in their control until they withdrew from the site on March 31.

Although Chornobyl is not an active nuclear power plant, the massive cap covering the reactor that exploded decades ago still needs to be maintained to prevent further radiation leakage.

Sensors put in place by the Ukrainian Ecocentre in case of an accident reported a spike in radiation levels shortly after the capture, likely due to Russian military vehicles stirring up radiation in the environment.

The IAEA said the rise wasn’t enough to pose a public health hazard.

Ozharovsky, who was one of the first to raise an alarm about the recent spike at Chornobyl, said he’s concerned that radioactive dust from the site could spread across the continent.

“The most dangerous thing is that they can bring radioactive particles in their hair, in their clothes and their boots,” he says.

Olga Kosharna, a member of the Ukraine Nuclear Society, urged experts to create an updated map of radioactive contamination in the Chornobyl Exclusion Zone and to restrict movement in the area.

Ukrainian officials released footage, recorded since Russia’s withdrawal, which appears to show that Russian troops had built trenches and other fortifications in parts of the exclusion zone. Those actions may have further disturbed radioactive material in the soil and plants.

On April 26 Rafael Mariano Grossi, director general of the IAEA, and a team of agency experts arrived in Chornobyl “to conduct nuclear safety, security and radiological assessments, deliver vital equipment and repair the agency’s remote safeguards monitoring systems,” according to a statement from the agency.

Grossi says radioactivity levels at Chornobyl have returned to “normal” after the “very, very dangerous” Russian occupation of the site.

Chornobyl isn’t the only concern. Ukraine’s active nuclear-power facilities are also at risk.

Ukrainian technicians continue to monitor Zaporizhzhia, but the country’s regulators have claimed that Rosatom, Russia’s state nuclear power company, has engineers at the plant who are giving orders to staff. Further, Ukraine reports that plant management actions require approval from the Russian commander, according to the IAEA.

“Who is now in charge of the Zaporizhzhia Nuclear Power Plant?” asks Ozharovsky. “The Russian army is around, but armies aren’t nuclear engineers.”

Rosatom released a statement on March 12 and denied that they’re managing the operation of Zaporizhzhia. They characterized their staff’s presence at the plant as “consultative assistance” that takes place “on a regular basis.”

Grossi expressed “deep concern” about the situation in a statement last month.

Since then, there’s been more reason for alarm.

Then on April 26 Energoatom reported that two cruise missiles flew over the Zaporizhzhia Nuclear Power Plant.

“The flight of missiles at low altitudes directly above the Zaporizhzhia Nuclear Power Plant site, where 7 nuclear facilities with a huge amount of nuclear material are located, poses huge risks,” says Petro Kotin, Energoatom’s acting president, in a statement released on the company’s Telegram channel. “After all, missiles can hit one or more nuclear facilities, and this threatens a nuclear and radiation catastrophe around the world.”

The day before, Energoatom reported that Russia fired missiles over the cooling pond of the Khmelnytskyi Nuclear Power Plant in northwest Ukraine.

Kosharna wrote in an email that if a missile would’ve hit one of the plants the consequences would have been “catastrophic” for the world.

A stray missile damaging the plant could cause an explosion that would disrupt the power supply. Power is needed to ensure continuous cooling of the fuel rods to prevent a meltdown.

Typically nuclear plants use back-up generators to maintain power with a grid disruption and keep the cooling systems functioning normally. In wartime fuel shortages are common, and this risks the stability of the generators. Ukraine’s current shortage is only getting worse, according to the Gas Transmission Operator of Ukraine, a gas pipeline operator.

If the grid goes down and the generators are out of fuel and the cooling systems fail, there’s a last resort to prevent radiation from spreading. Containment structures around the reactors are designed to block any release of radiation, but they’re also vulnerable to missile attacks.

Reactor failure isn’t the only significant risk to the operation.

Staff operating facilities under extreme stress also poses a problem, Ozharovsky says, because any mistake they make on the job could be calamitous.

There are also other onsite dangers. Spent nuclear fuel storage pools that are a part of the waste-disposal system contain radioactive material. If they’re damaged the liquid could be released from containment, causing a massive spread of radiation. Japanese scientists considered this to be the “worst-case scenario” of the Fukushima Daiichi Nuclear Power Plant, which had a series of meltdowns after a tsunami struck the plant in 2011.

Ozharovsky said he doesn’t believe the Russian military would deliberately sabotage one of Ukraine’s nuclear power plants because it would threaten their interests. But he added that even the possibility that the nuclear power plants could be harmed accidentally should trigger worldwide alarm.

“For me it’s scary,” he says. “All the other nuclear power plants, like Khmelnytskyi, like Rivne, like South Ukraine (Yuzhnoukrainsk); they can be damaged during this war. And the international community needs to take care of that.”

Any attack on a nuclear plant is a breach of international humanitarian law. The Geneva Convention’s Article 56 considers attacking a nuclear power plant a war crime.

“I hope that many other countries who still have nuclear energy on their territory will rethink physical safety, military safety,” Ozharovsky says. “That’s a challenge no one country can solve.” 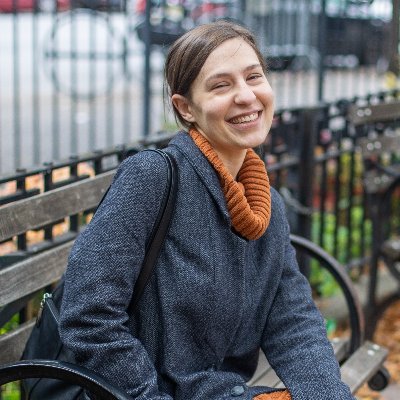 is a podcast producer, investigative journalist, and cofounder of the women-led audio collective Local Switchboard NYC. Previously she worked as producer with CNN, Bloomberg and the Southern Poverty Law Center. Soon she will be executive producer and host of the investigative climate podcast she created with NJ Spotlight News and WNET called Hazard, which looks at the impact climate change has on hazardous Superfund sites in New Jersey.
http://twitter.com/jgasspoore