Automakers, utilities and appliance makers actually oppose some of the planned deregulation. But antiregulation hardliners are winning out.

The Trump EPA last month proposed a new plan to remove oil and gas developers’ responsibility for detecting and fixing methane leaks in their wells, pipelines and storage operations. This proposal to axe the Obama-era methane rule is notable for two reasons. First, it is a huge step backward in the race to stabilize the climate, just at the moment scientists warn we need to move forward with unprecedented speed. Second, it’s the latest in a growing list of Trump rollbacks opposed by the very industries they’re purportedly intended to help.

The Obama EPA put the methane rule in place for good reason: Methane is a powerful driver of climate disruption. While it doesn’t linger in the atmosphere as long as carbon dioxide, for the 10 or 20 years it does stay up there it packs 80 times the heat-trapping punch. There’s increasing evidence that such methane leaks may be far greater in number and volume than previously thought. Unless stopped, they threaten to undermine global efforts to stem the climate crisis.

The world’s largest energy companies don’t seem to be particularly motivated by such concerns, so it was a surprise to some that ExxonMobil, Shell and BP publicly opposed the rollback. They do have a reason: fear that the move might undercut their sales pitch for natural gas as a cleaner source of energy than coal.

Still, one might expect even this most rabid anti-environment administration to yield to such industry titans. No such luck, and not for the first time:

In some of these instances, industry is split, and the Trump administration is choosing the scofflaws and ideological hardliners over the mainstream companies that tend to be more concerned about their public image, which used to be the backbone of the Republican Party. The methane rollback, while opposed by Shell and other big energy companies, comes at the request of the Independent Petroleum Association of America, a trade group representing small drillers (with less than $5 million in sales) whose members are reportedly “giddy” at their unprecedented access to this administration.  Trump’s planned rollback of the clean-car standards is backed by oil-industry groups and the Koch-funded American Legislative Exchange Council. In other instances, such as the 2-for-1 order stalling progress on V2V vehicle safety standards, the ideological tail seems to be wagging the dog.

What seems lost on the deregulation hawks in the Trump administration is that the marketplace often needs regulation to spur innovation and growth. Before car companies install V2V technologies, they need government to set a standard for the whole industry so they can be assured other cars on the road will speak the same language. It’s the same for methane regulation. It’s not that companies particularly want to pollute. They’re just locked in a collective action problem: If some developers invest in plugging up their own leaks, they risk being undersold in the marketplace by free riders who don’t bother. Similarly, Energy Star labels help companies sell products, and standards that force car makers to cut emissions and refrigerant manufacturers to phase out HFCs also help U.S. companies stay ahead of the curve and remain competitive globally in the new green economy. Some of the big public-facing companies with a public image to uphold recognize this. The hardliners in the Trump administration do not.

As Adam Smith understood centuries ago, a functioning “free” marketplace needs a government to set the rules of the road and provide a level playing field. The fringe elements of the far-right wing that have gotten Trump’s ear have become so ossified in their own simplistic tropes about “freedom” and “job-killing regulations” that they’ve lost touch with common sense and with the basic tenets of the free-market economics they purport to uphold. And in the process, they’re upending crucial policies, the loss of which will cost the environment — and companies — dearly in the long run. 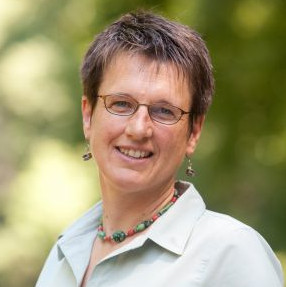 is James E. Beasley Professor of Law at Temple University Beasley School of Law, and a member scholar of the Center for Progressive Reform.
https://www.law.temple.edu/contact/amy-sinden/

1 thought on “Overshoot: Trump’s Deregulatory Zeal Goes Beyond Even Where Industry Asks Him to Go”