Treeline, a new book by Ben Rawlence, explains how climate change is causing far-reaching shifts in one of our most important ecosystems.

“Both of those describe extreme situations in conflict zones, but those lessons are absolutely relevant to humans everywhere,” he tells The Revelator.

His latest project took Rawlence to a vastly different landscape — the Arctic Circle — but also to the front lines of another global crisis.

“I was interested in trying to tell a story about climate change where it’s already history — where we can already look at what’s happened in the past,” he says. He realized that trees at the edge of the Arctic, where boreal forest meets tundra, have been responding to our changing climate for decades. And those changes sound a warning for the rest of the planet.

“The migration of the treeline north is no longer a matter of inches per century; instead it is hundreds of feet every year,” he writes in The Treeline: The Last Forest and the Future of Life on Earth. “The trees are on the move. They shouldn’t be. And this sinister fact has enormous consequences for all life on Earth.”

In The Treeline Rawlence tells a complex ecological story by focusing on changes affecting seven tree species in seven different boreal ecotones — Scots pine in Scotland, birch in Norway, larch in Russia, spruce in Alaska, poplar in Canada and rowan in Greenland.

The book takes him to remote places, where he interviews Indigenous people, scientists and others with a front-row view of the unfolding climate crisis.

The Revelator spoke with Rawlence about what these changes mean for forests, the Arctic and the rest of us.

This book was an enormous journalistic endeavor. What did you learn?

I think the first thing is that nature is really complex. It’s the butterfly effect, where tiny things can have huge consequences. The fact that beavers were protected in the United States in the 1920s means that large numbers of them in Alaska are now transforming the Arctic ecosystem there. Whereas in Siberia, that’s not happening because there’s no beavers.

The second thing is because it’s so complex, you cannot make adequate judgments about the carbon sequestration potential of ecosystems and species. So “net zero” is nonsense — dangerous nonsense. It’s false accounting.

It’s going to lead to all kinds of problems, because you might say a spruce tree today is capable of sequestering 30 tons of carbon dioxide over the course of its life. But that’s based on the climate as it is now. In five years’ time, that spruce tree is tinder and it’s actually adding to global warming.

How does this concept of “trees on the move” affect permafrost in the Arctic, which has a vital role in sequestering carbon?

Most people might think more trees are good, right? But actually more trees in the Arctic is a source of real concern. More trees means roots into the soil. They trap more snow, which insulates the ground, which promotes more microbial activity and more melting of the permafrost.

That then releases loads of carbon dioxide, loads of methane, and completely destabilizes the tundra ecosystem, which has been stable up to this point.

The idea of “trees on the move” is actually contributing to the “great thaw.” I think that’s a phrase that we’re going to become more and more familiar with. [The melting of the permafrost] is a very serious prospect in terms of the billions of tons of methane being released.

At the end of the prologue you write that, “The last forest will be boreal. When humans are only fossils, it is these hardy northern species that will still be standing tall.” Why are boreal forests so important and what makes them endure?

[Boreal tree] species have evolved in dialogue with the ice to travel over enormous latitudes. So you can have spruce trees somewhere near the Tropic of Cancer, and you have them right up at the Arctic Circle. The same with larch and birch. They have a very, very wide niche and that niche is what makes them supremely adaptable, and that means that they’re likely going to be among the species that remain.

That’s why the boreal forest is important in the long history of the planet: Because they’re going to be key players in what comes next.

But the boreal forest is important now because of all the enormous geophysical functions that it performs.

It has one-third of all the trees on Earth. It produces way more oxygen than the rainforests. It has historically moved on the heels of the ice and formed the organic crust of the northern hemisphere, which allows us to live and get food and so on. It creates its own rain. We now know trees fire aerosols into the air, which bond with water vapor, condensing them into water, which makes them heavier so they fall as rain. It then regulates that rain in the soil, and filters and discharges it into the oceans, which has a key relationship with sea ice and salinity.

As [the boreal forest] heats up, all of those functions are disrupted.

One of the points your book makes is that it’s not just natural systems that are at risk, but languages and cultures, too. You went to great lengths to interview many Indigenous people living in remote areas. What did you learn? 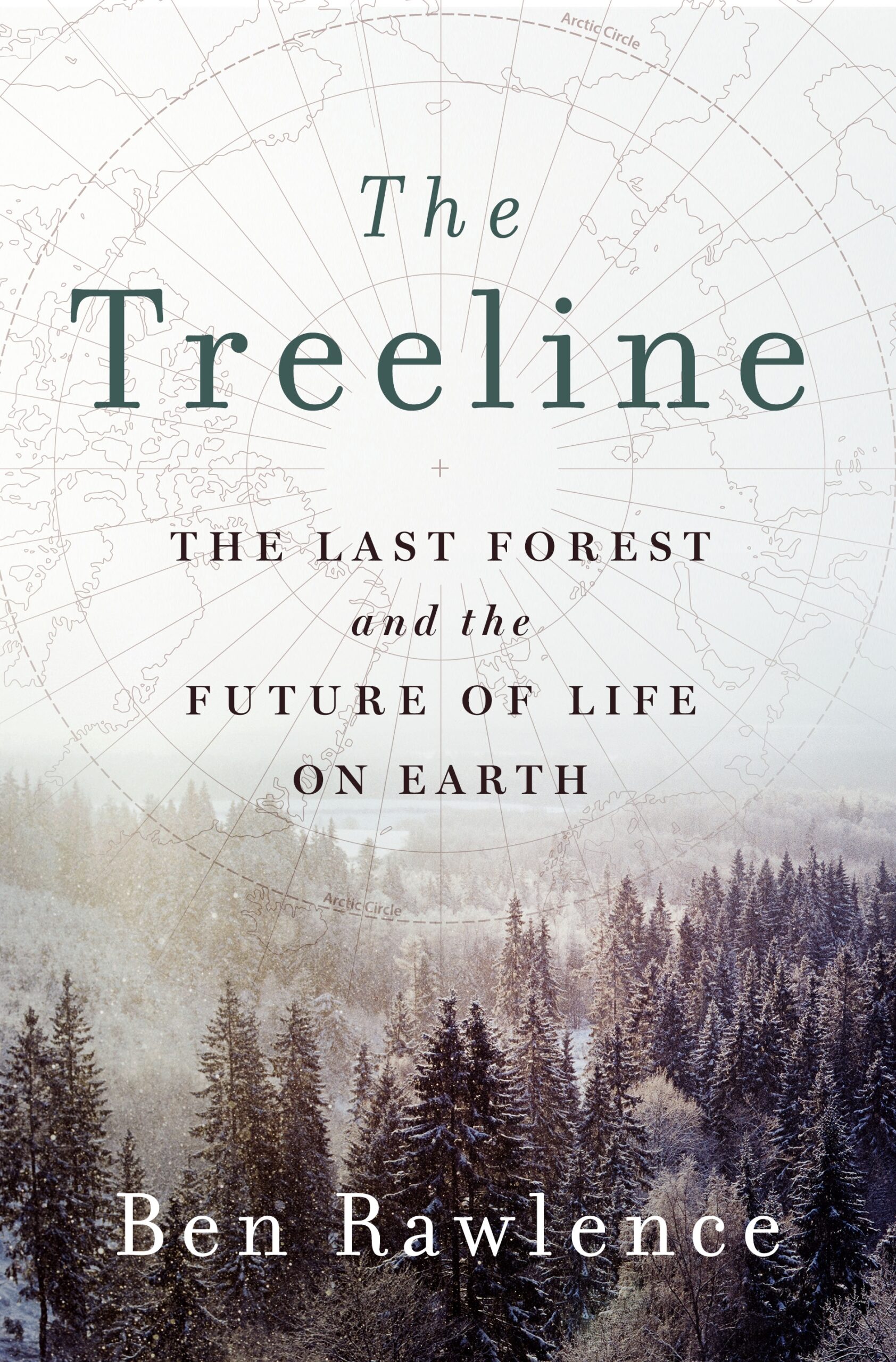 I’m a great believer in Gaia — that humans are part of nature. They are a key component of any ecosystem. What I’ve learned from the journey was that humans are keystone species in these places. Even just a small activity, like protecting beavers, has had enormous impacts in how warming is now unfolding in Alaska. The same is true in Siberia where humans eliminated all the megafauna and now the taiga forest is on the site of what used to be savannah, and the larch trees have become a weed.

So humans are a keystone species — it’s really important to understand that role in ecosystem processes.

But also of course we are human. And we need windows on how to look at forests, how to understand what’s happening. And [Indigenous peoples] are the repositories of the knowledge that we need to survive in the future, because if we learn anything from looking at the warming that’s coming down the pipe, we need to be re-entangled with ecosystems. We need to pay attention to ecosystems.

If pollinators don’t work, if species are moving, if the soil is no longer fertile, we have to really pay attention and understand nature in ways that we’ve forgotten. And we will starve if we don’t get that right.

And that way of looking and way of being is still in existence — although it’s under assault — in those Indigenous communities, and by and large communities who live in forests, whether in the tropics or in the temperate zones or up in the boreal.

So I was very keen to talk to those people where I could find them and benefit from their insights and just give a little bit of a sense of what I think we need to be thinking about it.

After years of doing this research and writing the book, how do you feel about our prospects and what we should do next?

I’ve been a bit frustrated with this sort of simplistic analysis, one of which is that it’s all going to be OK if we do X, Y and Z. And the other is that there’s nothing we can do and it’s going to be awful.

What I tried to present was what I think is a more realistic prospect, which is that human life isn’t going to end immediately, but it’s definitely not going to be OK. And that definitely can’t be avoided. So we need to actually rigorously engage with the prospect. We need to think deeply about what it means. And we need to be proactive and do stuff.

We know largely what we must do. The question is how do we act and implement that in our own life? And how do we play a role in forcing change among recalcitrant corporations and governments who aren’t playing ball?

That’s why I’ve founded Black Mountains College, a new liberal arts school [in Wales], in direct response to the climate and ecological emergency.

It’s focused on preparing people for new ways of looking, thinking and working. That means practical skills that we’re going to need when the climate impacts hit — short supply chains, changes to crops, shortages of water and so on. We are focusing in the first instance on regenerative horticulture and sustainable forestry. And we’re looking at adding renewable energy, conservation farming, agroecology and other things like that.

It’s also looking at the emotional, political and social transformations that need to happen. So back to the point about Indigenous ways of being and seeing, trying to bring that into the conversation, trying to find ways to offer people opportunities to transform their own lives.

For me, [starting this college] was about finding a sense of purpose and a mission, rather than the kind of doom and gloom prospect for the world. Of course it’s sad, we have to grieve for the species that we’re losing. But we haven’t got time to be too self-indulgent about that. We’ve actually got a lot of work to do.