A surface coal mine in Poland. Photo: Mariusz Prusaczyk (CC BY 2.0)

A look at Poland’s growing ecological disaster — and its polluted past — shows how green ideals can wither on the vine.

At December’s Katowice Climate Change Conference, Polish President Andrzej Duda proudly opened the proceedings by declaring that coal “does not contradict the protection of the climate and the progress of climate protection.”

This bizarre and ecologically immoral statement, and the conference’s general embrace of coal, comes from a country whose history deserves greater attention, especially since it echoes so much of the world’s present situation — and possibly our future.

Since joining the European Union in 2004, the Polish state has doggedly pursued the neoliberal policies of Friedrich Hayek and Milton Friedman. The “free” market and finance were liberated from state intervention on behalf of the commons and the environment. Limitless economic growth and hyperconsumerism became a mantra. State industries and services were privatized. The economy boomed, and according to Western trade analysts, Polish consumers “are used to doing their shopping seven days a week and at any time of day or night.”

However, this recent history can make it easy to forget that Poles lived under communism for 44 years until 1989. This was an era mostly marked by economic recessions, severe consumer shortages and an absolute condemnation of capitalism. For better or worse, citizens accepted their meager material conditions with stoic resignation, and a few embraced a minimalist lifestyle. Simply put, Polish culture was not driven by mass consumption and materialism. Those were unattainable.

But at the same time, Polish Marxists in the immediate aftermath of a destructive World War were convinced that communism would quickly usher in a proletarian utopia of progress and plenty. Steel mills, aluminum smelting facilities, shipyards and cement plants were constructed in an initial spasm of modernizing dynamism. Forests were cleared, wetlands were drained and the countryside was electrified. An infrastructure of railroads and roads was built and a mostly rural population became rapidly urbanized. Poland experienced tangible progress. Like other Soviet satellites, Poland demonstrated to its citizens that Marxism could deliver material wealth.

An example of this early optimism and success would be the economic development of Kraków. With the construction of new district called Nowa Huta in 1949, the city underwent a transformation from what communists regarded as a conservative and bucolic backwater into a modern Marxist metropolis. Built on farmland that was only seven kilometers from Kraków’s old town square, Nowa Huta quickly became a bustling industrial zone. By 1956 the population of this district reached 100,000, and at its center stood the sprawling Lenin Steelworks, which forged millions of tons of steel a year. No thought was given to the mill’s impact on the environment.

Studies conducted in the 1970s show that the Lenin Steelworks generated stupefying levels of pollution. Millions of tons of cadmium, lead, zinc, iron and other heavy metals were annually emitted directly into the atmosphere and local waterways. When compared to current EPA standards for acceptable heavy metal soil concentrations, Kraków’s soil contained 143 times the norm for cadmium, 20 times the norm for lead, and 27 times the norm for zinc. The entire ecosystem was choked with poisonous levels of SO2 and NO2, and the health and populations of local flora and fauna were decimated.

Kraków’s ecological conditions only worsened throughout the 1980s. An average of 121,112 tons of atmospheric particulate matter was released each year by Nowa Huta and Kraków’s other heavy industries. The annual average atmospheric release of carbon, nitrates, fluorine, sulfur and hydrocarbons reached 197,154 tons. The Wisła River, which flowed through Kraków, became a toxic brew of chlorides, sulfur, sodium, phosphates, ammonia nitrogen, calcium carbonate and oxidizable pollutants. Locally grown foodstuffs were heavily contaminated by a variety of toxins such as mercury and lead.

It’s no wonder that under such conditions, Kraków became ground zero for an unprecedented public health emergency, with skyrocketing rates of cancer, cardiovascular disease and a variety of other medical maladies. In 1989 Kraków’s Tuberculosis and Pulmonary Clinic estimated that approximately 30 percent of all Krakowians suffered from serious respiratory illnesses. Doctors from Kraków’s regional Mother and Child Team reported that approximately 25,000, or 10 percent, of Kraków’s children suffered from asthma, up from 0.1 percent in 1900. In a study from 1985, researchers demonstrated that 25 percent of Krakowians suffered from high blood pressure, a fivefold increase in comparison to a rural control population. Similar statistics were found for cardiac ischemia (twofold increase), and cardiac arrest (twofold increase). By 1988, 30 percent of all deaths in Kraków were attributed to cancer.

But even though the city was officially deemed an “ecological hazard area” in the 1970s, communist authorities did absolutely nothing to stop the devastating pollution that plagued Kraków and its environs. One reason for this was financial — the nearly bankrupt Polish state could not afford to install pollution-mitigating technology on its heavy industry — but a more important reason was ideological.

As a system of thought, Marxism continued the Enlightenment’s championing of human reason. Yes, Kraków’s industrial development was destroying flora and fauna, centuries-old architecture, the Wisła River, surrounding farmland and the lives of human beings, but communist leaders argued that such immediate sacrifices would eventually and inevitably usher in a better and more rational world. Through proletarian struggle, faith in the process of dialectic materialism and, because of the historical imperative, a worker’s utopia was destined to emerge. Human ingenuity would ultimately heal, reorder and improve both human society, and eventually nature itself.

For a regime that was already seriously compromised by countless political grievances and substantial economic failures, the poisoning of Poland’s ecology and of its citizens proved to be significant. A nascent environmental movement arose in the 1970s.

The founder of Poland’s Green movement is Antonina Leńkowa, whose book The Scalped Earth (Oskalpowana Ziemia, 1961) directly questioned Marxism’s faith in reason, and indirectly criticized the government’s environmental and economic policies. Leńkowa lamented how humans “easily forgot the responsibilities and stewardship due to earth, our mother.” According to Leńkowa, humans treated earth with callousness and cruelty “that was not a symptom of indifference, but was a symptom of open hostility.” Leńkowa attributed this hostility to a fetish for technology and progress. “Many inhabitants of earth are mesmerized by only one aspect of life, technology, and by its magnificent achievements, blinding them to all other earthy considerations [ecological]. They only serve their one chosen master [technology], they only listen to her commands, and they offer her in homage, everything and anything she desires.”

Leńkowa concluded her book by asking the existential question that is central to today’s climate breakdown age: “Is it worth to continually promote economic expansion that carries with it the danger of annihilating all life, including the lives of human beings?”

This elegant book had tremendous influence on Poland’s first generation of environmental activists. These environmentalists were scientists, men and women who mostly worked in Polish universities, who were the first to discover and understand the developing ecological crisis enveloping Poland. Because these academics were conducting seemingly apolitical research in the physical and natural sciences, or in medicine, they found the necessary space and freedom to document the kind of data I referenced earlier. Sometimes their papers and findings were censored, but news of Poland’s ecocide slowly began to trickle down to the general public.

The year of Solidarity, 1980, proved to be a watershed. That year, the Polish Ecology Club (Polski Klub Ekologiczny, PKE), Eastern Europe’s first legal and independent environmental advocacy group, was established in Kraków. Mostly composed of Jagiellonian University students and faculty, the PKE issued an open letter to the Polish Sejm demanding environmental protections across Poland. Eventually more than 4,500 members of the faculty, staff and administration signed the document.

This brave political act was rapidly followed by a public campaign of environmental protests and lobbying that, among other accomplishments, successfully shuttered a notoriously polluting facility near Kraków, the Skawina Aluminum Smelter, in 1981.

In the PKE’s wake a diverse multitude of vibrant environmental organizations mushroomed throughout the country. Citizens were sympathetic to the warnings issued by Polish Greens. Environmentalists enjoyed support across all sociopolitical classes in Poland.

The 1980s were a decade of intense grassroots political engagement. Poles were angry. Thousands of ordinary citizens engaged in a multitude of public and private acts of dissent that ranged from telling political jokes at the dinner table, to getting arrested for acts of civil disobedience. Almost everyone recognized that Poland’s ecological crisis was concretely political.

Flash forward three decades and so much has changed for the worse: Coal, once again, is king. After the fall of communism in 1989 it certainly was not self-evident that such a transformation was preordained, so how and why did Poles lose their enviro-political consciousness and become consumer zombies with seemingly little or no care for their environment?

Janusz Okrzesik, a Polish Green who was politicized in the 1980s and went on to serve as a Sejm Member and Senator in post-communist Poland, offers a compelling answer to this query in his book Through Ecology to Freedom (Przez Ekologię do Wolności, 2014):

The committees disappeared, and corporations arrived. The faith in proletarian victory died, but eternal human greed was resurrected. The worker-peasant alliance was replaced by the supremacy of investors “providing” new jobs and new percentages of GDP. Ecologists have a significantly more difficult battle against this kind of ideology: the former had a concrete address and concrete face, while the authority of money is diffused, anonymous, and unshackled from the influence of public opinion. So far, democracy has not discovered the appropriate method of subduing the appetites of neoliberals.

Poland suffered shattering ecological ravages at the hands of a hated regime, yet it has proceeded to uncritically ignore neoliberalism’s ruination of the environment after 1989. This history serves as a warning to all of us. One would think that Poland’s history would equip Poles to at least question the wisdom of pursuing policies that cause climate breakdown and ecocide. Perhaps this history suggests that humankind will never have the will to cease exploiting our planet?

The recent United Nations-sponsored Katowice Climate Change Conference (COP24) stands as a surreal reminder of our collective refusal to accept the anthropogenic apocalypse unfolding all around us. Most of the 30,000 delegates from around the world few carbon-emitting airplanes to the event. Meanwhile the Polish hosts seemed to deliberately mock the entire occasion. Jastrzębska Spółka Węglowa, the EU’s largest producer of coking coal, and PGE Polska Grupa Energetyczna SA, which burns more coal than any other power company in Europe, sponsored the event. On the first day of COP24, delegates were greeted by a coal-miner brass band. Katowice’s commercial pavilion featured coal soap, coal jewelry and coal under glass and in cages, to highlight the region’s efforts fighting climate breakdown.

What must we learn from Poland’s history and current reality? Put simply, we humans are creatures of habit and tradition, even if they end up killing us. In Poland, the people had an opportunity and seemingly the desire to move away from their environmentally destructive ways, and almost did, but they quickly reverted back to the previous paradigm. We must remember that example if we ever hope to carve new traditions and ensure that the planet has a future. 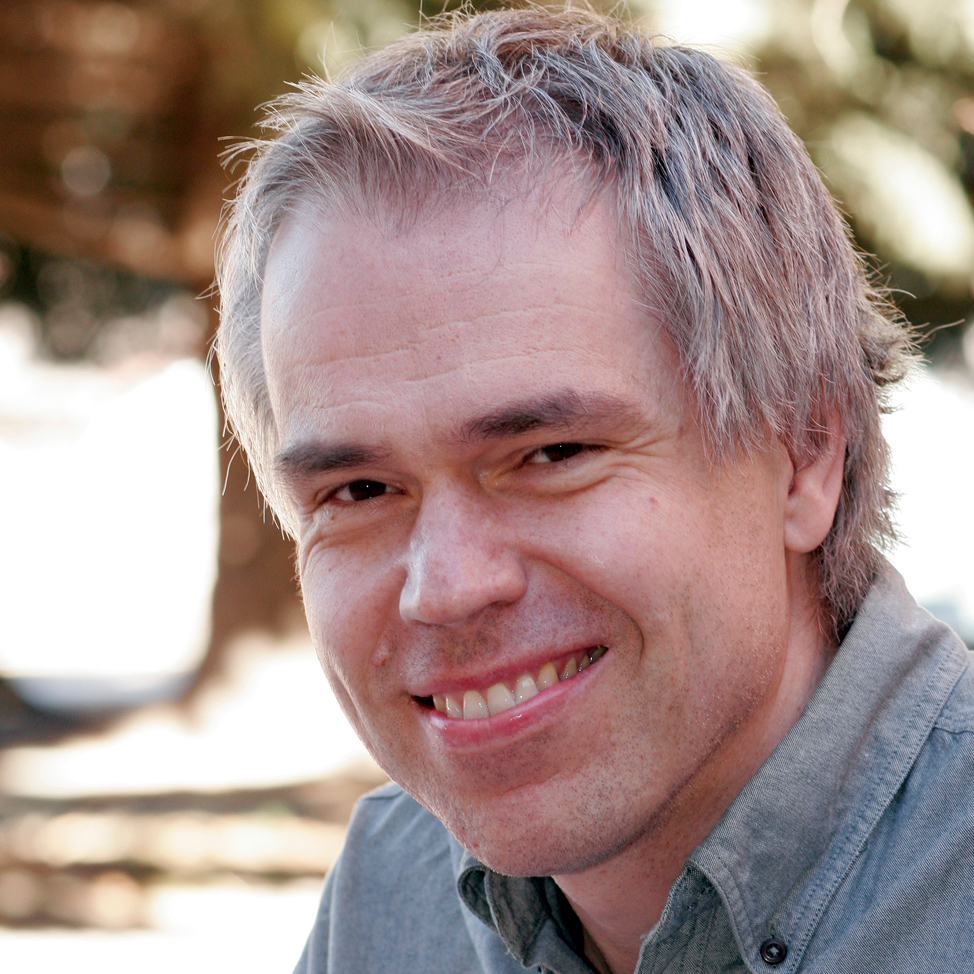 is a professor of European history at The University of Montana Western. His Ph.D. is in modern German history and he has received two Fulbright Grants to Poland. His academic interests are in the history of German fascism and modern Polish political, environmental and cultural history.
http://twitter.com/bill_janus https://w.umwestern.edu/faculty/bill-janus-ph-d/