In her new book Reality Bubble, Ziya Tong explains why many people are willfully ignorant about our food system.

We’ve made incredible advances in science and technology in recent decades, giving us a closer look at many of the universe’s inner workings. But despite this new insight, there’s still a lot we miss — sometimes on purpose. Science journalist Ziya Tong explores 10 of our biggest blind spots in her new book Reality Bubble: Blind Spots, Hidden Truths, and the Dangerous Illusions that Shape Our World. The excerpt below comes from the chapter “Recipe for Disaster,” about the perils that come with turning a blind eye to the workings of our food system.

For years, people have tried to justify the five-second rule. The “rule” suggests that if food falls on the ground, you have five seconds to pick it up before it becomes bacterially contaminated. Of course, there is no science to back this up. Instead, we come up with our own justifications like, “Don’t worry. It’s just a slice of cheese. You can wipe it off quickly,” or “It’s a jelly bean, not a gummy bear. See? Nothing stuck to it.”

The science however, is definitive: drop your food on the ground and almost instantaneously it will have bacteria on it. So why does the myth persist? Simply, because we want it to. We can’t see the bacteria and it doesn’t appear to cause any harm, so most people (79 percent, according to one survey) will pick up and eat food that’s been dropped on the floor.

Now, a dirty jelly bean is one thing, but when it comes to the dirty truth of our food system, are we able to confront the facts or do we do the same thing and look away because we want to? 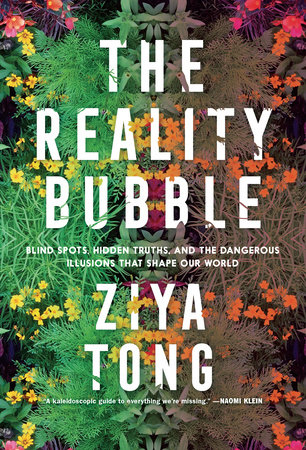 With food, there are things we’d rather not know. And here’s the rub: we know we’d rather not know. Scientists have found that our brains will shut down information that doesn’t make us feel good, or that causes us stress, which is one reason why we tune out suffering. But as Margaret Heffernan writes in her book Willful Blindness, “Not knowing, that’s fine. Ignorance is easy. Knowing can be hard but at least it is real, it is the truth. The worst is when you don’t want to know because then it must be something very bad. Otherwise you wouldn’t have so much difficulty knowing.”

If we were the least bit curious to know where our food comes from, it wouldn’t be hard to get the facts. The gothic horrors of the meat-packing industry have been well known since Upton Sinclair published The Jungle more than 100 years ago. Though you might be a little less likely to find a rat in a tin of corned beef today, the sheer scale of the slaughter has grown enormously, and mechanization over the past century has arguably only made slaughterhouses and industrial-scale farms more shocking. As James Pearce notes in his essay “A Brave New Jungle,” “Perhaps the most insightful way to illustrate the intensification of animal-intensive agricultural production over the course of the 20th (and into the 21st) century is with a simple statistic: the poultry industry today slaughters more birds in one day than the entire industry did in the year of 1930.”

And while those who profit from the carnage are content to keep the facts and statistics hidden, unpleasant truths are the easiest things in the world to hide. If someone doesn’t want to know something, they’re not going to know it.

Disgust is another powerful inhibitor. Disgustologists, as the scientists who study the subject like to call themselves, have found that the emotion of disgust is universal, and it does have benefits. That we recoil and grimace when we see sores or lesions on putrid flesh, for instance, is an evolutionary advantage. Disgust keeps us away from pathogens. It protects us from disease.

But many things we might potentially be disgusted by are no longer in view. In particular, when it comes to cheap meat in the food industry, we are in the dark about important facts about our food. Facts like, the animals we eat are routinely fed garbage and other animals’ feces. Facts like, most bacon comes from pigs that were put in a gas chamber. And facts like, there are steaks in supermarket meat cases that came from a steer that was skinned alive.

Perhaps you’d rather not know that. Some facts definitely make it more difficult to eat, or at least to shop. It is certainly not suitable conversation for dinner. Reading off the ingredients in, say, artificial coffee creamer is unappetizing enough, but it’s a different matter entirely to contemplate the provenance of a cutlet. And while we are content to know little to nothing about everyday ingredients — dipotassium phosphate, mono- and diglycerides, silicon dioxide, sodium stearoyl lactylate, soy lecithin, and artificial flavors — in the case of food that was once alive, knowing little to nothing is a different kind of opacity and at least partly a matter of conscience. Not knowing is a way to keep our consciences clear.

We are animals too, after all. And animals tend to have an innate regard for other animals. The esteemed American biologist E.O. Wilson called this “biophilia,” or “the urge to affiliate with other forms of life.” Many humans feel a sense of reverence or connection when in the presence of nature, perhaps because we are a part of nature. It is all but impossible to resist the desire to nurture and protect a puppy or kitten; few can approach a horse without wanting to put a hand on its neck. A sense of kinship with fellow animals is not the subject of rigorous scientific study, but the evidence for it is impossible to ignore. We love animals.

Deep down, our similarities are difficult to deny. A cow’s experience or a chicken’s, or even a bat’s, is certainly different from our own. We don’t know what it’s like to be a cow or a chicken or a bat, but it’s like something. When we think about what it’s like to be an animal, we are in the same position a robot with artificial intelligence (or a Martian) would be in when processing the question of what it’s like to be human. That is, the fact that our behaviors can be dispassionately described doesn’t mean it should be assumed we are incapable of rich experiences. And we have no grounds to make that assumption about other animals. As philosopher Thomas Nagel points out, “To deny the reality…of what we can never describe or understand is the crudest form of cognitive dissonance.” We can’t believe that each of us sees and experiences the world in a unique way and at the same time deny that other animals see and experience it just as uniquely.

Cognitive dissonance is really just a name for the discomfort we feel when we both know something and avoid knowing it. In the case of where meat comes from, the result is a willful blind spot big enough to hide a mechanism of death so grisly, so gruesome, and so huge that it has already changed the face of the planet almost beyond recognition. And if we can miss several billion deaths without batting an eyelash, what else has been hidden in plain sight?

Excerpted from The Reality Bubble by Ziya Tong. Copyright © 2019 by Ziya Tong. Published by Allen Lane, an imprint of Penguin Canada, a division of Penguin Random House Canada Limited. Reproduced by arrangement with the publisher. All rights reserved. 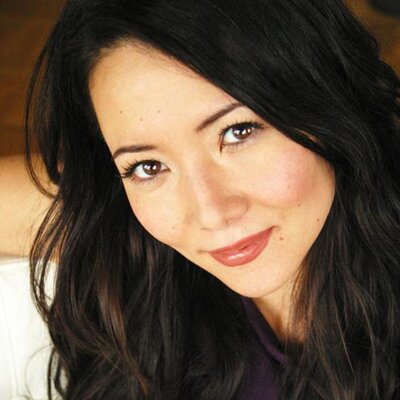