Cattle kick up dust and add to the desertification of the ecosystem in a rural village on the boundary of Ruaha National Park. Photo courtesy of Adam C. Stein.

The unexpected announcement reverses a plan to move people out of critical protected habitats — and puts the nation’s amazing biodiversity at risk.

Some of the most important habitats in the United Republic of Tanzania, one of the world’s most important biodiversity hotspots, could soon be inundated with farmers and livestock following a recent decree by President John Magufuli that orders relisting protected lands as village property.

This is a major reversal for Tanzania, a country known for its wild spaces, including World Heritage sites ranging from the Ngorongoro Crater and Mt. Kilimanjaro to the vast Selous Game Reserve and famous Serengeti National Park. Tanzania’s protected areas support an amazing array of wildlife, including some of the largest remaining elephant and lion populations in Africa and the continent’s largest wildebeest and zebra migrations.

In addition to the large and well-known national parks, Tanzania also holds many smaller forest and game reserves; in total this network of protected lands accounts for over 30 percent of the country’s land mass. These smaller forest and game reserves, while lacking the large and charismatic species or wide-open views that attract tourists and money, still contain many endemic species and subspecies. The geographically isolated nature of many of the forest reserves — like ones adjacent to a small conservation NGO we managed from 2016-2017 — means the species contained within are vulnerable to habitat loss. Many local species like the Udzungwa red colobus and Kipunji monkey are listed as endangered and critically endangered by the IUCN.

President Magufuli’s announcement puts much of this land, and the survivability of the country’s wildlife, at risk.

This threat wasn’t on the horizon for most conservationists. Prior to the announcement, the government had actually earmarked more than 300 human settlements where people have recently moved in and built houses for removal from protected areas. Some of these forest invaders have been identified as foreign nationals who settled in as recently as July of last year.

The president’s recent directive stopped the eviction of those settlements and directed ministries to begin the process to formalize them into villages. In his statement he also ordered “leaders in the ministries concerned to identify conservancies and forest reserves that have no wildlife so that the same are given to landless pastoralists and farmers.” He decreed that forest reserves lacking trees should also be handed over to farmers and directed an inquiry into changing a current law that prohibits cultivation of crops within about 200 feet of any river — a law that’s already often ignored, at the expense of the health of the country’s waterways.

Strikingly, this directive doesn’t appear to be the result of the international outcry of indigenous people losing land to conservation, but to Tanzania’s ongoing population boom.

Tanzania’s population is one of the fastest growing in the world and has expanded from around nine million people in 1961 to more than 55 million today. As the human population has increased, so, too, has the number of domesticated animals. The country currently holds more than 35 million heads of livestock. President Magufuli cited both growing populations as the justification for his directive.

The announcement comes at a time when protected areas and wildlife around the world are facing increased threats, including Brazil’s new president announcing increased Amazon deforestation and the loss of one of the last intact lowland rainforest ecosystems in Central America. Unfortunately the move in Tanzania has not received anywhere nearly the level of international attention as these other actions.

President Magufuli’s directive does compare, however, in its potential for destructiveness. For example, the order lacks any clear guidelines or determining factors for when a reserve would be considered empty and no longer serving a conservation purpose. Regulatory standards based on science are of utmost importance in these situations, as even seemingly empty reserves can still support populations of invertebrates, birds and other more difficult species to visually record. Many of the large charismatic mammals whose presence is often used to establish protected areas are migratory in nature and may only pass through certain areas infrequently. With climate change disrupting rain patterns across Africa, these migrations and timings are becoming more unpredictable and random than before. Habitat loss and fragmentation are the leading threats to wildlife with ever-shrinking protected lands becoming more isolated. This leads to increased edge-effect threats and genetic inbreeding among formerly wide-roaming species. While a reserve may seem empty of permanent occupation by large mammals, the land protected can still serve as a vital corridor linking other protected areas, particularly in times of drought or other disturbances.

Once under control of village leadership the previously protected lands will almost certainly be over-grazed and inefficiently and unsustainably farmed, resulting in the desertification of even more of the country.

Another particular concern is the statement that forest reserves lacking trees should be handed over to farmers. Most rural households in Tanzania cook over open wood fires, and both legal and illegal wood cutting already exist at unsustainable rates. Magufuli is ignoring the fact that reserves currently lacking trees became deforested through past illegal logging and grazing. Rewarding villages by handing over those reserves will most likely encourage further deforestation in protected areas.

Relaxing the law prohibiting crop cultivation within 200 feet of waterways will also have massive negative impacts on the ecosystems. Agricultural runoff, streambank erosion and overuse of limited water sources will almost certainly occur. Increased farming near water sources will also increase human wildlife conflicts as animals such as elephants, hippos and bush pigs frequenting those waterways will now come into increased contact with crops. Overconsumption of waterways is already a major driver of human wildlife conflict in Tanzania, with rivers running dry and forcing elephants out of national parks and into farmers’ fields.

This isn’t the only emerging environmental problem in Tanzania. The announcement comes on the heels of a project to dam the Rufiji River at Stiegler’s gorge in the Selous Game Reserve, a World Heritage Site, putting it at risk of losing that classification. Conservationists have expressed grave concern over the project, while economists point out that greater electricity production can be achieved through the expansion of already existing natural gas, geothermal, wind and solar.

Given Tanzania’s rate of human and livestock population growth and reliance on foreign aid, the president’s call to increase land areas for human activities is understandable. But Tanzania relies heavily on wildlife tourism, which accounts for more than $2 billion annually and over 12 percent of employment. Further loss of protected areas — which are crucial to the survival of both isolated endemic species and long-ranging mammals such as lions and elephants — will likely result in a decrease in the tourism income that is vital for the economic health of the country.

Simply delisting protected land is unlikely to achieve long-term results given the unsustainable farming and grazing practices available to most Tanzanians. Specifically, maize is still grown mainly by smallholders and medium-scale farmers using traditional techniques that have yields significantly lower than the potential for the land. In addition, pastoralists’ response to increased livestock deaths as a result of overgrazing and climate change has been to increase herd size to serve as a buffer against further losses, thus exacerbating the problem.

Notably, many alternative methods of increasing human livelihoods while simultaneously protecting sensitive species habitat and forest reserves have successfully been employed in Tanzania. Instead of delisting land, the government should invest in teaching better agricultural practices and income diversification, which would have lasting positive effects and still allow the protection of wildlife and habitat.

This is obviously still a developing situation, but it could become a disaster for Tanzania’s wildlife and subsequently its economy. It’s possible that the government could succumb to international pressure and reverse course, but any delay in strengthening protections for these forests could be what truly turns them into empty woodlands devoid of the life that makes Tanzania so special. 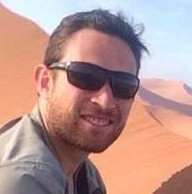 became interested in pursuing a career in wildlife conservation after a semester study abroad program in Tanzania studying wildlife management and ecology. After graduating with his bachelor’s degree from Colorado College, he returned to East Africa and worked for projects working to protect wildlife and mitigate human wildlife conflict through multifaceted approaches. He has previous experience conducting wildlife surveys for the U.S. Forest Service and Department of Fish and Wildlife in California. 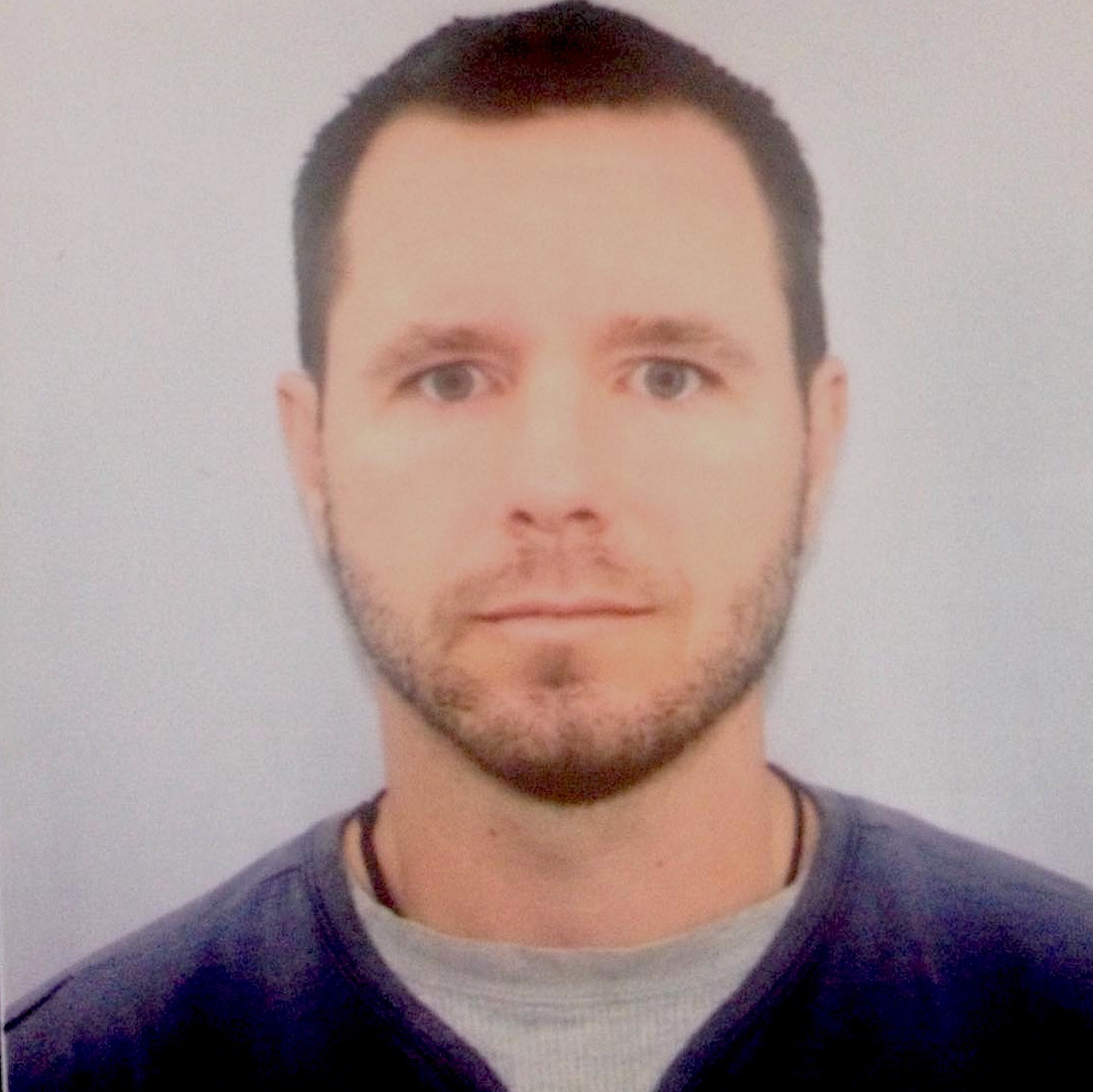 is an advocate for wilderness and the organisms that inhabit them. He has been involved in research and conservation projects across the globe. He currently teaches conservation and tropical ecology in Central America.
http://www.adamcstein.wordpress.com