Covering issues related to poaching, wildlife trafficking and extinction requires an unflinching look at what we’re losing and why.

As recorders of our time, journalists must always be scrupulously accurate in our reporting, in confirming our sources and data, and in delivering our understanding of the world in as compellingly truthful a means as possible.

Science and environmental journalists have accepted the burden of telling the story of our fading natural world as a necessary duty to both our profession and our planet. With regard to the African poaching crisis, which is an existential war in every sense, the time to hesitate, as Jim Morrison wrote, is through. Those who love these splendid beings — lions and rhinos, giraffes and cheetahs — must seize this last tremulous chance to act, to speak the truth in the face of extinction itself, and to do all we can, while we can, to prevent the dawning of an emptied world.

In my own writing about the African poaching crisis for a range of publications including Vice, Mongabay, Aeon and Ensia, I have been scrupulous in my reporting of the actual facts, as they’re currently understood. There’s no need to embellish the awful truth to advocate for someone to do something: It is painfully plain for all to see, and to act upon.

As professional reporters of fact, it is necessary for us to cover the blatant supremacy of Homo sapiens not as a fable of unwinding horror, though to many of us it may often seem so, but as a carefully presented, meticulously researched narrative that allows our readers to determine for themselves whether this is, ultimately and forever, the path we’ve chosen to take.

Like with other forms of nonfiction, such as documentary filmmaking, where the director makes a deliberate choice as to where and at whom to aim her camera, a journalist covering wildlife poaching and trafficking issues must make a conscious decision about what will be examined and why. Should poachers, many of whom are poor people ensnared by the promise of relative riches for a dangerous act, be given equal say? Should the market forces behind the demand for ivory, rhino horn and pangolin scales be allowed a forum for justification, an evenhanded review of the value of these trafficked products for use in traditional medicine?

Perhaps they should, I would say, but only to point out the socioeconomic necessity of making wildlife valuable to local communities, or to prove the scientific vacuity of fake medicinal properties. In my opinion this is all the objectivity that is owed as we relate the end times for these last fading remnants of the Pleistocene. As we’ve seen the in U.S. recently, the dutiful delivery of an “equal say” to all parties in a conflict, even where one side has all the available evidence behind it, can be deliberately manipulated to create a false dichotomy of equal worth to valueless claims. Does bringing a snowball onto the Senate floor prove the falsity of climate science? Does reinstating the importation of elephant parts to the U.S. help somehow to conserve elephants in Africa?

As storytellers with access to the most impeccable data available, science journalists are enormously privileged to be in a position of great public trust and responsibility. We must never distort facts or, worse yet, make assumptions that fit our preconceived notions of what a story should say. Journalism is a sacred trust, an honorable bond with the public that demands the highest moral standards. And most of us, I believe, are doing what we do out of a love for the art and craft of writing, out of a sense of urgency to relate matters of immeasurable importance and out of an inborn duty to prevent injustice and untruths from driving the human narrative.

Related to that inborn sense of urgency, several newish scientific terms and theories have gained mainstream acceptance in recent years. The first is the Anthropocene — an era of overwhelming human impact on, not only other life forms, but the fundamental fabric of the earth itself. Geologists have largely come to an agreement that the lasting effects of humanity will constitute a distinct stratigraphical layer of the planet’s surface. Scientists differ as to the so-called “golden spike” that officially launched the Anthropocene epoch. But whether it began with the Columbian Exchange — the enduring interaction of animals, plants and microorganisms back and forth across the Atlantic that began in 1492 — or with the nuclear age; or with the onset of climate change, the permanent alteration of the world by humans is largely a foregone conclusion.

The second theory, now an indisputable fact, is the Sixth Extinction — the accelerating annihilation of other forms of life through direct take, habitat loss or climate change. Not since the close of the Cretaceous and the end of the dinosaurs has the world suffered such a sweeping loss of unique life forms. And this time it’s not a comet out of the blue, but the actions of a single species that are squarely to blame.

In a July 2017 study published in the Proceedings of the National Academy of Sciences, ecologists found that nearly one-third of the 27,600 terrestrial mammal, bird, amphibian and reptile species considered are dwindling in terms of their numbers and territorial range, what the researchers called an “extremely high degree of population decay.” Further, they found that a major planetary extinction event is currently “ongoing.” It’s now believed that three quarters of Earth’s species could vanish forever in the coming centuries — a mere blink of the eye in geologic time.

The most painfully illustrative manifestation of these new theories of extinction is direct take — the deliberate killing of rare and declining animals. From the atlas bear — a native of northern Africa last seen in Roman arenas — to the quagga — a subspecies of plains zebra last seen in1883 at the Amsterdam Zoo — the purposeful slaughter of endangered wildlife, out of conflict for resources, for bushmeat or for illicit profit, constitutes the most preventable pathway to extinction.

Objective coverage of this issue — an unflinching, staring-at-the-sun accountability of what we’re losing and why — can be taken as a kind of empirical advocacy, a fact-checked narrative description of the last days of Earth’s most majestic and irreplaceable wildlife. What the reader chooses to do with the information we provide is generally beyond our ability to assess, much less direct. An environmental journalist’s job, as I see it, is simply to ring the alarm so that others might directly advocate for change while there is time to avoid catastrophe.

Recently another scientific term has been coined, the very invention of which speaks to the nihilistic nature of our time. An “endling” is the last member of a particular species whose numbers have dwindled past the point of recovery. March 19 saw the death of the last male northern white rhino at Ol Pejeta Conservancy in Kenya. Named Sudan, the 45-year-old giant had spent his remaining days being constantly guarded by armed rangers, shuffling about a grassy enclosure without the searing foresight to understand that he is the last of his kind. Sudan is survived by a daughter and a granddaughter. And that’s it. The story of his species is over.

As well-meaning and impressive as was Sudan’s protected status, it was plainly too little, too late. Unless urgent, decisive and meaningful action is taken, the rest of Africa’s remaining megafauna will join Sudan in a premature, undeserved and wholly needless extinction.

Sudan’s death is obviously a tragic story, and that can make stories like it a tough sell. Editors often cast about for uplifting stories of hope to punch through the numbness that comes from the constant deluge of terrible images and statistics arising from the African poaching crisis. They’re right to do so, but that hardly means that we should in any way hide or sugarcoat the brutal facts.

For most species, we still have time. This cannot be stressed enough. The window of opportunity is small and rapidly shrinking, but furnished with the facts, and driven by an unflinching refusal to turn away and succumb to despair, science journalists can — and must — make the critical contributions necessary to achieve lasting change before, as with the northern white rhino, it is irrevocably too late.

This essay was delivered in a slightly different form at the 2017 World Conference of Science Journalists in San Francisco. 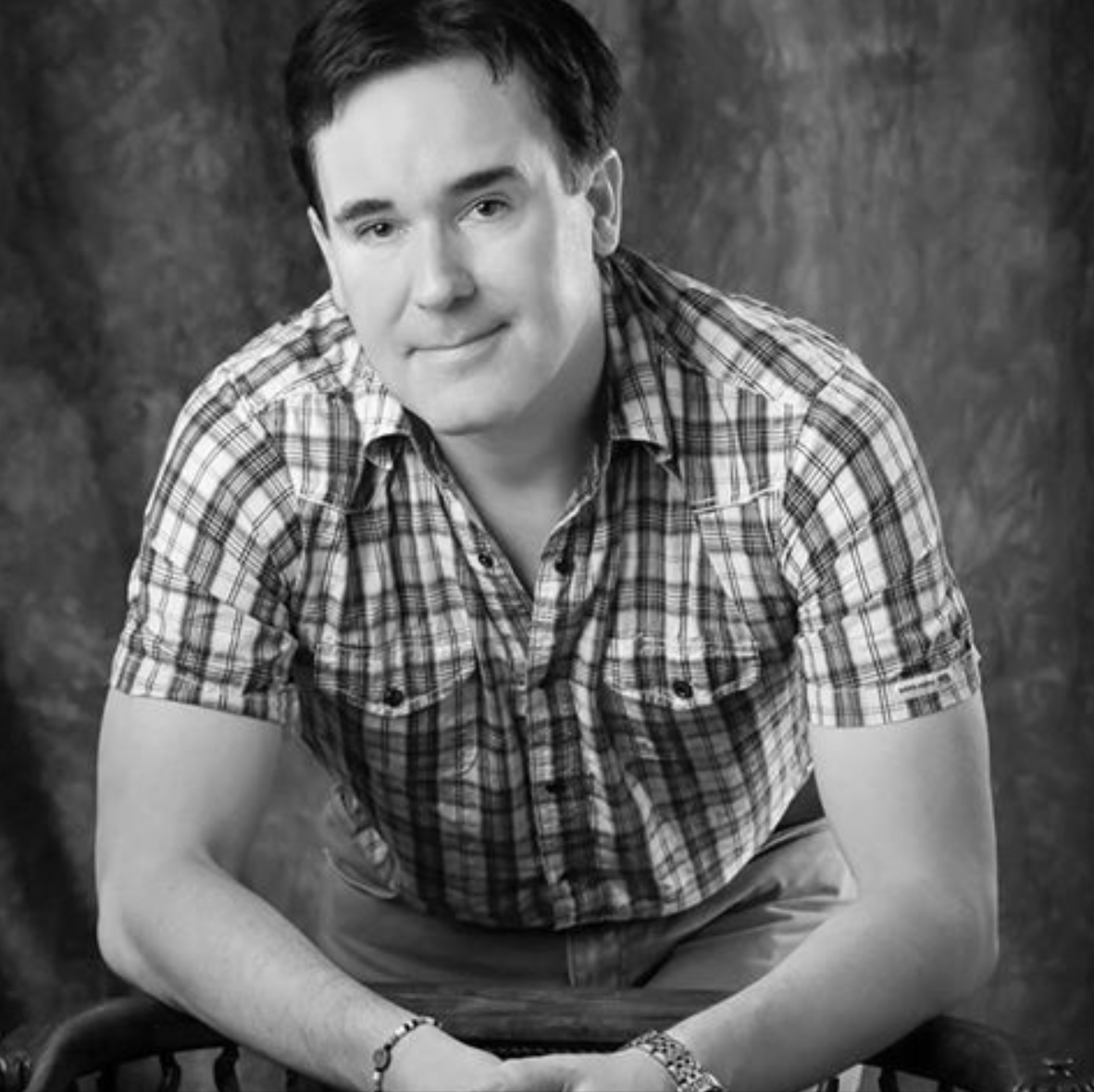