Efforts to broaden local participation for the conservation of this rare cat are currently ongoing across its global range.

Wildlife photographers have been known to wait weeks for the opportunity to capture the mysterious snow leopard on film. Climate change and other threats may soon make these beautiful cats even harder to spot, but a wide coalition has established a mission to protect them.

Shy and elusive by nature, the snow leopard is found across the mountain ecosystems of Central Asia. This medium-sized cat has a tail as long as its body and thick, smoky-gray fur patterned with rosettes that allows it to survive in extreme cold.

Vulnerable, with a decreasing population trend

Snow leopards have survived alongside pastoral and agropastoral communities that inhabit the mountain ecosystems of Central Asia for generations. Conflicts between herders and leopards all too often lead to retaliatory killings, which are a persistent threat to the species. Decreasing numbers of prey species across their global range also threaten snow leopards’ survival. They’re vulnerable to illegal hunting, as well, due to a demand for their fur and body parts used in traditional Asian medicine. Large-scale changes in land use across snow leopard range and emerging threats triggered by climate change are likely to compound these risks to the species in the future.

The Global Snow Leopard & Ecosystem Protection Program (GSLEP) is an alliance of all 12 snow leopard range countries, nongovernmental organizations, multilateral institutions, scientists and local communities, all united by one goal: saving the snow leopard and its habitat. Key targets include securing 20 large landscapes across the global snow leopard range, initiating a global effort for population assessment of the world’s snow leopards (PAWS), and building capacity for conservation across range countries by working with local communities.

I remember an incident when a snow leopard was often seen close to a village where we work. This particular old individual was attacking livestock, since it was no longer capable of finding prey in the wild. While villagers faced losses, they were patient and did not harm the animal, as they recognized its advanced age and knew that a lot of visitors and tourists frequented the village to see this animal. When the leopard died of old age after a couple of weeks, the villagers retrieved its carcass and gave it an honorable cremation, fit for any respected resident of their community. The relationship people share with nature and wildlife is layered and hard to define. 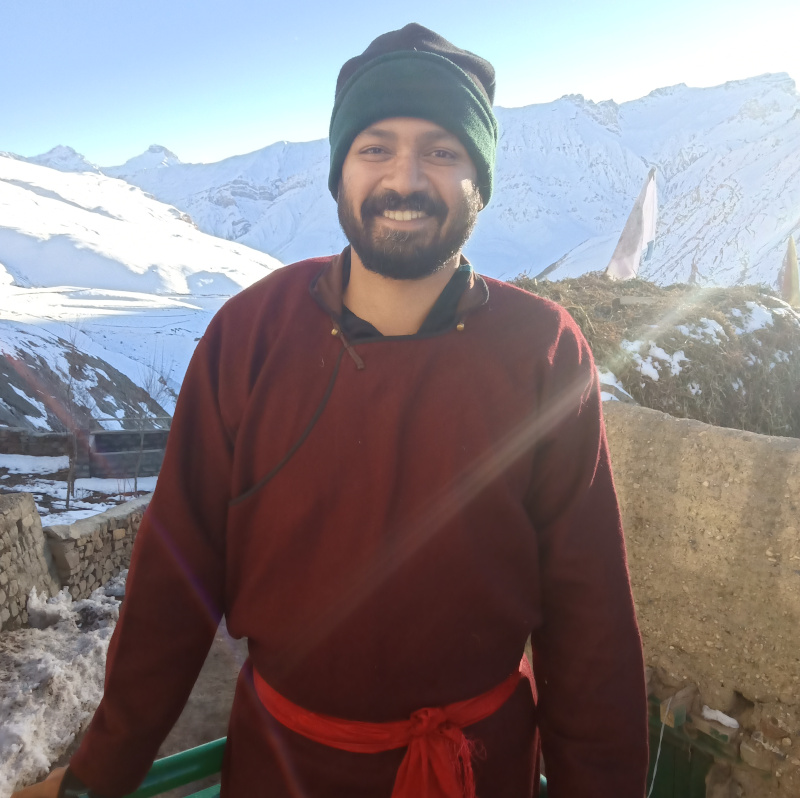 works with the Nature Conservation Foundation (NCF) in India. He loves to explore and understand social-ecological interactions between people and nature. Ajay and his team at NCF focus on implementing community-led conservation efforts across some snow leopard landscapes in India. Their work is supported by the Conservation Leadership Programme (CLP) and the Snow Leopard Trust, and is carried out in collaboration with the Wildlife Wing of the Himachal Pradesh Forest Department.
http://twitter.com/ncfindia