Effective communication about critical conservation issues requires scientists and other conservationists to show their personalities and tell their stories.

I’ve spent the past two years deeply examining the art and effectiveness of science communication — especially in wildlife television — and I’ve come to a surprising conclusion.

Many wildlife series are well made and educational, but also…lacking. They show the animals and their struggles, but I consistently felt as though something important was missing.

But what? For months, the answer eluded me.

Oddly enough it revealed itself in the work a different type of television communicator, the late chef, writer and traveler Anthony Bourdain.

Bourdain was one of my heroes. Following his tragic and unexpected suicide last year, I found myself obsessively re-watching episodes of his television series Parts Unknown and No Reservations in an attempt to find closure. In doing so I realized they contained a vital ingredient for science and environmental communication: the importance of human connection.

What made Bourdain’s series so special? Quite simply, he made the most elite culinary titans seem relatable. Bourdain showed his guests being themselves. He gave them time to tell their personal stories and asked questions that drew out their heartfelt emotions.

In other words, Bourdain encouraged his guests to be “real.”

That has an effect on the viewer. When I watched the late chef Paul Bocuse, the iconic figure in French cuisine, laughing with friends during the “Lyon” episode of Parts Unknown, I felt connected to him. We came from different backgrounds, but in that moment, I realized that the chef and I were both human beings with the same core needs. I thus felt like I could relate to Bocuse — even trust him.

This is what those wildlife specials were lacking, and it’s a direction we need to go in with science communication, especially concerning critical environmental issues. We need to show that scientists — despite their education and technical expertise — are people the public can relate to and trust. This has the potential to disseminate knowledge, touch lives, create solidarity and generate support for conservation.

The Traditional Approach — and Why Avoiding It Works

To better understand why some of those wildlife films didn’t work for me, I spoke with a scientist who has experience in engaging with his audiences.

Rob Nelson is a marine biologist, the executive director of the science video site Untamed Science and an Emmy award-winning filmmaker. He’s appeared on television numerous times as a presenter and expert consultant. He’s also just as enthusiastic and friendly in person as he is on camera.

According to Nelson, “The traditional way of telling a story with a scientist is to make them the voice of authority.”

To accomplish this, he explains, filmmakers usually “set the camera a little bit lower — that puts the scientists into a power position…and they talk to whatever the issue is.” You find similar approaches in articles, television interviews and other media, where the scientist is positioned as an expert and just gives the facts.

Nelson says he’s not entirely satisfied with the standard way of depicting scientists, but it’s so ingrained in the way scientists and the media have been trained to communicate that it’s not always easy to change.

“Generally, if I make everyone sound fun, or I show any bit of personality that is not authoritative, scientists want me to take it out.”

Despite this general pattern of resistance, Nelson points to a time he succeeded in portraying scientists in a less formal manner — and reveals how it paid off.

Starting in 2012 Nelson made a series of videos called “Bugs in Your Home” featuring entomologist Michelle Trautwein and her team. This time Nelson avoided using the “power position” shots and instead tried more creative, yet subtle, methods like interviewing the scientists while they were, “crawling around sucking bugs up off the floor.” He didn’t do it to be clever; he just showed his subjects doing their jobs and talking about what they found. This provided viewers with a unique window into a new world and showcased the enthusiasm that Trautwein and her crew had for the insects around them.

When Nelson released “Bugs in Your Home,” it set off what he describes as “an avalanche of people making videos on it: Nat Geo picked it up, BBC picked it up, PBS — everyone did a video about bugs in your home.”

Nelson refuses to take full credit for this avalanche, but, as he points out, “that was an example of scientists who got their work out, and I did it [the video] in a way that wasn’t super-authoritative.”

One scientist who’s never tried to be overly authoritative is Samantha Yammine, a neuroscientist better known as Science Sam.

Yammine and I instantly connected over our shared respect for Anthony Bourdain and issues like inclusivity in science. She was equal parts bubbly and serious, which matches the tone of Yammine’s Instagram profile, where she has nearly 35,000 followers.

Most of her Instagram posts contain facts about science, ranging from stem cells to space exploration, but she also shows her personality. She frequently smiles or makes funny facial expressions in her photos, and she writes in an informal tone that matches her upbeat style of speaking.

Not only has Yammine’s personal approach to science communication earned her tens of thousands of followers — allowing her to disseminate knowledge far and wide — but it’s also touched lives.

“A lot of people have come to me saying, ‘Thank you, because I’ve never met a scientist like you,’ ” Yammine says. “Especially young students who feel that they don’t belong in science will say, ‘You’re the first scientist I’ve met who also likes to watch this show, or isn’t afraid to dress this way, and I’ve always felt out of place because I dress the same way.’ ”

By being herself — by being real — Yammine has made students feel like they’re not alone. In other words, she’s generated solidarity.

And she’s not the only one.

I first met Lindsay VanSomeren, a freelance writer with a master’s degree in wildlife biology, last year at The Wildlife Society’s annual conference. She’s more reserved than Nelson and Yammine, but still warm and eager to help, with a good sense of humor.

When VanSomeren graduated from the University of Alaska in 2014, she and her husband moved to Colorado — where one would think there’d be plenty of wildlife jobs. After searching for months, though, she was unable to find a decent one. Facing significant financial and psychological distress, VanSomeren had to mostly leave biology to survive.

That’s when she found herself reaching the public in an unexpected way. She created an informal survey to find out if other biology graduates were having the same problems, and it turns out she was far from alone. More than 700 people responded, making it clear that financial problems are common among biologists, who often have to deviate from their intended careers to support themselves.

“I don’t know anybody really who’s gone in a completely straight, linear path and didn’t have to duck off here and there,” she tells me. Her own career has taken its own unexpected path: She now runs a website devoted to providing scientists with financial tips, while also working as a science writer for Untamed Science and other publications.

Just as VanSomeren’s personal situation resonated online and created new opportunities, Nelson was able to build solidarity when he uploaded a video about his struggles with depression.

“People came out of the woodwork,” Nelson says. “I got a bunch of people who were very committed followers because I suddenly made a video that resonated with them.” Even Nelson’s own father opened up about his life-long battle with chronic depression, about which Nelson “had no idea.”

Dr. Natalie Schmitt has had a long career, starting with studying marsupials in Australia and then hosting television shows for Animal Planet and other networks. She moved on to making her own documentary, and finally to studying whales in Antarctica.

A few years ago Schmitt put everything on hold and moved to Canada to develop a DNA field kit that would allow researchers to accurately identify animal scat in the field — beginning with snow leopards.

This transition and the subsequent journey have been exceptionally hard. In a blog post last July, Schmitt disclosed some of the challenges she’s had to deal with.

“It’s been an incredibly lonely path,” she wrote, “I’ve missed my family and friends terribly.” Schmitt even revealed that she “was sexually assaulted while waiting for a bus.”

Also last year, Schmitt released a video on her DNA kit’s Facebook page about a grant application that had fallen through — and how that affected her emotionally. Just like VanSomeren, financial concerns have been a heavy burden for Schmitt. As she wrote last July, “The constant concern over money, to not only fund this project but allow me a quality of life where I don’t have to watch every penny, has also been taking its toll.”

Given these challenges Schmitt might have been justified in giving up. But she hasn’t.

“I see so much application to this,” Schmitt says of her DNA kit. “I’ve never felt more passionate about something in my life. I think once you find that, you just can’t give up.”

Although she’s faced many obstacles, Schmitt’s authenticity and resolve have had unexpected benefits.

Schmitt has intentionally connected with the public, encouraging them to support her DNA kit and snow leopards. “Suddenly people became very passionate about snow leopards — they wanted to learn more,” she divulges. “Not only did they contribute a small amount to my project, they’ve gone away with this newfound passion and understanding for snow leopards.”

Schmitt tells me scientists have been moved by her story as well.

When we spoke she explained that two biochemistry postgraduate students who were “not familiar with the field of conservation” had approached her. “They said to me that they were so inspired by the work that I’m trying to do that they said, ‘Look, we want to volunteer our time to work on your project over our summer break.’ And I was just floored by that.”

Schmitt’s also managed to secure a Sabin Snow Leopard Grant from Panthera — a global wild-cat conservation organization — that’s helping her to cover living expenses. Her story is far from over, and there are glimmers of hope.

I Write, I Eat, I Do Science

The ultimate goal of science communication must go beyond transmitting facts: We need to change hearts and minds. To do that we’ll have to let ourselves be seen — reveal our personalities, tell our stories, and connect with the public on a human level.

It works. Schmitt’s openness and tenacity have made her an ambassador for snow leopards. Nelson’s approach got people interested in bugs. Yammine engages viewers and fans on a regular basis. And VanSomeren created a community around a harsh truth.

This is why I’m advocating for a more personal approach to science communication: When we give people the chance to relate to us as human beings and as experts, our examples can resonate with them in unforeseen ways. This might, as in Schmitt’s case, win broader support for the critical projects and environmental issues we’re working on.

And that, just like a conversation with Anthony Bourdain, can help change the world, one person at a time. 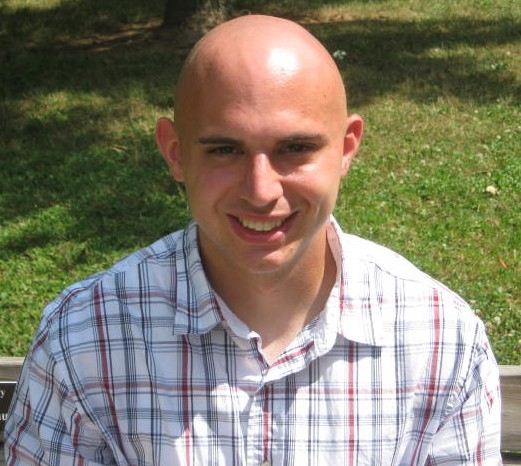 is a conservationist and writer. He earned a master’s degree in social science: environment and community from Humboldt State University in 2018, where he compared media frames in two different types of wildlife television programs. He is also the author of the “Jaguar and its Allies,” a wildlife and social science-themed blog.
http://twitter.com/Myusername432 https://thejaguarandallies.com/