A movement to protect quiet places is gaining steam on Washington’s Olympic Peninsula, but it has to contend with the Navy’s growing fleet of “Growler” jets.

On a chilly March morning, acoustic ecologist Gordon Hempton and his assistant, Laura Giannone, hiked into a glade of moss-draped maples in the Hoh Rainforest of northwest Washington’s Olympic National Park. They set up a tripod topped with ultra-sensitive recording equipment to listen to the murmurings of a landscape just then awakening from winter dormancy.

Above the low rush of the nearby Hoh River, the melodic trills of songbirds rippled through a still-leafless canopy. Then, suddenly, the low thrum of a jet aircraft built in waves until it eclipsed every other sound. Within half an hour, three more jets roared overhead.

Hempton has spent more than a decade fighting for quiet in this forest — the traditional homeland of the Hoh Indian Tribe, who lived here before it was a national park and now have a reservation at the mouth of the Hoh River. In 2005, Hempton dubbed a spot deep in the Hoh “One Square Inch of Silence,” and created an eponymous foundation to raise awareness about noise pollution. But he couldn’t stop the sonic intrusions from ramped up commercial air traffic and the Navy’s growing fleet of “Growler” jets training over the Olympic Peninsula. “In just a few years, this has gone from one of the quietest places on Earth to an airshow,” he told me.

As the Hoh got noisier, rather than concede defeat, Hempton broadened his effort into a global crusade. In 2018, he launched Quiet Parks International (QPI), to certify places that are relatively noise-free, in a bid to lure quiet-seeking tourists and thereby add economic leverage to preservation efforts. For Hempton, the sounds of nature are as critical to a national park as its wildlife or scenic vistas, and as the world gets louder, the importance of protecting quiet refuges as places of rejuvenation grows. “Our culture has been so impacted by noise pollution,” he said, “that we have almost lost our ability to really listen.”

Everywhere, people are becoming more aware of the noise in the lives.

Food critics routinely carry noise meters to restaurants, towns are banning gas-powered leaf blowers, and noise-metering apps are providing crowdsourced guides to refuges of quiet in cities worldwide. As evidence mounts that the stress of noise raises the risk of heart disease and stroke, so does interest in escaping the clamor.

Hempton visited the Hoh in March with Giannone, an Evergreen State College senior majoring in audio engineering and acoustic ecology, to train her in data collection for the Quiet Parks International certification. After recording, they went over her notes. The ambient sound averaged 25 decibels (whisper-quiet) and the peak noise, from a jet, hit nearly 70 decibels (vacuum-cleaner loud). Mix in the distant hum of vehicles and a chainsaw’s whine, and the longest period of unadulterated nature was just three minutes. By contrast, a cornerstone of the Quiet Park certification will be a noise-free interval of at least 15 minutes. The Hoh met that requirement easily — until recently.

“This is really incredible,” Hempton said, after Giannone tallied the noise intrusions. “This is a national park, and natural quiet is on the list of protected natural resources,” along with native plants, historic sites and dark night skies, among other assets.

Noise pollution in wilderness is not about loudness per se, according to Frank Turina, a program manager with the National Park Service’s Natural Sounds and Night Skies Division. Rather, it’s about how unnatural sounds can shatter “the sense of naturalness” essential to a wilderness experience, he said. “One of the biggest ways that civilization creeps into wilderness is through noise.”

Noise has particularly severe effects on wildlife. Research shows that the din of humanity remains pervasive in protected areas. Intrusive sound disrupts animals’ ability to navigate, avoid predators, locate food and find mates — beaching marine life, altering birdsong and causing stress that’s linked to shorter lifespans. “Obviously, we aren’t the only ones listening,” Hempton told me. “But we are the only ones who can choose to listen; wildlife listen to survive.”

Hempton hopes that the “quiet park” standards, which are still being finalized, help. Similar certifications, or “ecolabels,” have helped boost other environmental causes, including the Blue Flag beaches, created to protect fragile coastal environments, and the Dark Sky Places of the International Dark-Sky Association, which battles light pollution. Much of the work of QPI will involve cultivating an appreciation of quiet through educational programs and partnerships. For example, QPI partnered with a virtual-reality education nonprofit to create a VR tour of the Hoh to teach kids about noise pollution and ecology. Furthermore, the label will give tourists information they currently lack. Hempton suspects many will favor noise-free options. “We know from history that underlying every social movement is a widespread need for something that’s valued, but not being provided,” he said. “I feel all the ingredients for a social movement for quiet.”

Certification highlight what people value, according to Rob Smith, northwest regional director of the National Parks Conservation Association, and “a quiet park label says that the sounds of nature matter.” If local communities and the managers of Olympic National Park bid for a quiet-park certification, he said, “it would give us something to point to with the Navy to say, ‘This needs protection, too.’”

A few weeks after Hempton and Giannone visited the Hoh, the Navy released a final environmental assessment for its plan to add even more Growler jet training over the Olympic Peninsula — from the current 82 jets to 118 by 2022. The Growlers, which specialize in jamming enemy radar and communications, are named for their very loud, low-frequency roar.

Residents across the Olympic Peninsula have forged the Sound Defense Alliance to fight the expansion, lobbying to spread the jets around the country rather than have them all at Whidbey Island in Puget Sound. Sherry Schaaf, a retired schoolteacher who lives in Forks, about 20 miles northwest of the Hoh Rainforest, and her boyfriend, David Youngberg, are two of the anti-noise locals. Schaaf sometimes rents her house to people visiting Olympic National Park, and she and Youngberg often chat up out-of-towners. “Many of them talk about the quiet and how beautiful it is,” Schaaf said. “But they also say, ‘We heard the planes, and it was so loud and rumbling that we couldn’t even hear ourselves talk.’ ”

Since 2000, the National Park Service’s Natural Sounds and Night Skies Division has helped park managers across the country minimize noise by, for instance, restricting snowmobiles. But overflights are the biggest noise threat in backcountry areas, and the Federal Aviation Administration, not the Park Service, controls airspace. While the Park Service can request flight-pattern changes, as it successfully did for Rocky Mountain National Park, it can’t force the issue.

For their part, Navy officials said they work to minimize the Growlers’ disturbance by, for example, using flight simulators and other virtual training tools. But spreading out the Growler squadrons would involve costly inefficiencies and logistical complications that “would degrade the Growler community’s overall effectiveness,” according to a 2018 environmental impact statement. And Michael Welding, the Navy’s public affairs officer on Whidbey Island, pointed out that the vast majority of noise complaints are from people living near the Growler airfields, where pilots do low-altitude training, rather than from visitors to Olympic National Park.

Still, the roar of the jets is clearly audible in the park. Whether visitor numbers will fall significantly if overflights intensify is an open question: Research on whether eco-certifications influence tourists’ destination decisions is mixed. But profits aside, Vinod Sasidharan, a professor at San Diego State University who specializes in sustainable tourism, said certifications are often more about “raising awareness and setting transparent standards” within the tourism industry.

And tourism is vital for the Olympic Peninsula, said Youngberg, who spent more than two decades in the Navy, including deployment on an aircraft carrier during the Gulf War. Every year, about 3 million people visit Olympic National Park, pumping $385 million into the local economy in 2017, according to the Park Service. The park also supports more than 3,500 jobs in a region where unemployment is about double the national rate. Youngberg pointed out the decline of the region’s timber and fishing industries. “We’re a pretty poor county,” he said, “and it’s going to crush us if we lose tourism and our reputation for beauty, and peace and quiet.”

This story was originally published at High Country News on May 13, 2019. 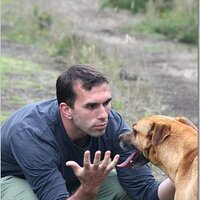 is a freelance journalist in Milton, Massachusetts. He covers science and education, and he’s the author of Mind Over Mind, a book about placebos in medicine and beyond.